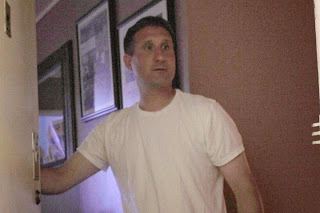 A Queens middle-school teacher let a 14-year-old student drive his car, gave him cash and expensive gifts, and exchanged hundreds of texts behind his parents’ back.

But, over the objections of the outraged parents and principal, the teacher can keep his job, an arbitrator has ruled.

James Rampulla Jr., 44, who taught at Irwin Altman MS 172 in Floral Park, sent some of the 513 texts to the boy after 11 p.m. and included the words “I love you,” according to evidence presented at the teacher’s administrative trial.

The boy also told investigators that Rampulla, while they both worked at World of Discovery Summer Day Camp in Bayside, once put a hand on his thigh, and let him watch pornography in his apartment, according to a report by Richard Condon, the special commissioner of investigation for city schools. Rampulla denied those allegations.

After an eight-day trial, hearing officer Mary J. O’Donnell found Rampulla guilty of misconduct, but not sexual misconduct as the city Department of Education contended. She suspended him without pay for the fall of 2014. He can return to the classroom after that, she ruled.

The case shows how an educator can avoid the ax even for blatant misbehavior. A tenured teacher cannot be fired unless a hearing officer agrees misconduct warrants termination.

But O’Donnell found insufficient evidence to decide whether Rampulla’s interest in the student was “paternal, familial or sexual.”

You may recall that World of Discovery had another incident similar to this in the past.
Posted by Queens Crapper at 12:20 AM

That's the power of the UFT. The only way this teachers' union can be brought under control would be for Cuomo to de-certify it. Of course, this will never happen.

You fools crack me up. This is a perv and he's allowed continued access to children.

Roger....one thing to say"money talks" and you must be working for the Department of Ed in an administrative position because they all stick together, lie and don't give a shit about the children. It is all about the money....most of those directors at World of Discovery work at the DOE as principals, assistant principals...they have access to kids all the time...WOD did not fire him, they put him on bus duty,the Vallo bus company owned by the Valones....connections?

I have tenure (CUNY), but even I think that there should be a more streamlined process to get weirdos, pervs, and just plain bad teachers out of the classroom.

You must hate children.

Let's see....cash, expensive gifts, inappropriate texting, letting a 14 year-old student drive a car and watch porn. Am I missing something or does all of this not add up to some very disturbing behavior on the part of this "teacher"? What exactly does it take these days before it becomes a crime, oral sex and/or penetration? Does it need to come to physical and psychological injury before this deviant is terminated? It is so unsettling to know that the powers that be will so blatantly turn a blind eye, continuing to allow scum like this to have access to minors. It is like a bad intersection...regardless of the fact that accidents occur constantly, a traffic light will not go up until someone is killed. An ounce of prevention is worth a pound of cure.

Why on gods name isn't this prosecuted by the DA's office?

Maybe this scumbag is blowing someone at the DA's office. I think parents should wait outside for him and beat him to pulp. When people in power let something like this go, the people need to take matters into theirs own hands.

That camp sure sounds a like a world of discovery!

World of Discovery/DOE employees have to date never notified any parent of either Joe Denice or James Rampulla.....What are they hiding, why were the parents of the first child assaulted being sued by WOD? Steve Bonamo/Paul Winter, Richard Martinez, Steve Blum and James Rampulla say something.....playing ignorant just won't do it when it happened twice, will it happen again? Parents entrusted their children into your hands, not just at the camp but at school, how could you turn the other cheek?


World Discovery sound like it is run by corrupt Dept of Ed workers.This place should but looked at by the DA's Office.

YOU PARENTS BETTER WAKE UP SMELL THE COFFEE! THIS PLACE IS PERVERT CITY, THE WORLD OF DISCOVERY!

UTF to the The rescue again. Protect these pervs and bad teachers.Hearing officer That's is a good laugh.
Need to get rid of of teachers tenure system.

What exactly does it take these days before it becomes a crime, oral sex and/or penetration? Does it need to come to physical and psychological injury before this deviant is terminated?

You might get him on charges of negligent endangering of a minor with driving the car, but that's kind of how law works in this country. You have to DO the crime, jackass.

The D.O.E. must have a course for administrators. How to lie to the public without getting caught 101

Guess the DOE and their damn arbitrators don't learn....it takes the parents to speak up and holler...we think our kids are safe and they just move him, not to a middle school but an elementary school...http://nypost.com/2015/03/21/parents-protest-after-learning-school-hired-sleazy-teacher/

Be careful pay close attention to staff and your children.