They're out to get Mary Ann 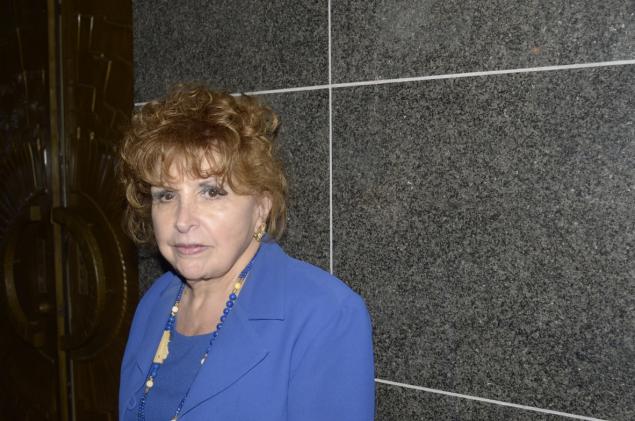 Mary Ann Carey has been the target of a secretive attempt to pressure her into retirement from Community Board 9's executive office. Last night, many whom she has helped in the community came forward to speak on her behalf. The board decided not to vote on the dismissal measure, and instead put her on probation. Blenkinsopp emerged as the ringleader. In 2012, he was featured by the Courier.

Quite interesting that he is quoted as saying "It’s a struggle to try to make government bodies responsive and accountable, and to help them do their work better."

Mary Ann Carey has been one of the most responsive public servants I have ever met, going above and beyond the call of duty (such as staying after hours, instructing me about other agencies, and finding contact information) to help me with the Triumph of Civic Virtue issue and other local government matters. I never found her to be lacking in “technology” or “with accountability” as he states here.

Yeah, they're out to get Mary Ann. I suppose someone else wants her job so they can run for office one day.
Posted by Queens Crapper at 12:17 AM

Interesting letter from Jon Torodash. If the implication is that I want Mary Ann Carey's job, let me be absolutely clear: I do not want it, and I wouldn't accept it. Nor do I have anyone else in mind who I believe should have it.

I have great respect for Ms. Carey as a person. I spoke in favor of letting her stay. Unlike many others on Community Board 9, I did not speak in favor of immediate dismissal. I was not the one to make a motion to dismiss her. And I voted in favor of retaining her on a probationary basis. So for Mr. Torodash to call me a "ringleader" is uninformed -- as uninformed as his drawing a conclusion about Ms. Carey's competence solely on the basis of his interactions with her on a single issue during a brief period of time.

Good luck to Mr. Torodash, who, unlike me, actually is running for office.

Mr. Torodash is not the only community leader that has expressed dismay to me at what board 9 is doing to Mary Ann Carey. She is one of the more helpful DMs. It's a shame that everything connected to CBs has to be so political.

When you are quoted as saying, "I have been one of the more vocal critics of Mary Ann Carey’s performance," and then at the 11th hour you vote against removal, do you think that means you played no role in imperiling her job? Let me ask you directly: what specifically do you take issue with about Ms. Carey's performance, and why weren't those specific changes asked of her over the years, or at least recorded in the minutes or formal documents from the board? If they were, then Mary Ann surely hasn't heard about them, or else she's got us all fooled.

And it wasn't just on Civic Virtue that she's been helpful to me. There were issues concerning FMCP, DCAS, the operations of Borough Hall, and others. You only get so long up at the mike in the public forum.

Oh, and from your twitter feed live at the June meeting:

"Mary Ann Carey, apparently recognizing she's taken up so much of the #CB9 meeting, forgoes her monthly report."

-- How helpful. A woman's job performance is on trial in front of the whole public, and at the moment its happening, you take another shot at her. Isn't there a way to be a little more tactful?

Honestly, there needs to be a term limit for theses district managers . 30 years?! $100k?! Come on already. Time to change this comfy position.

Abolish all Community Boards! Just call 311 if you need help with a community issue.

Maybe Carey, an active Republican, is on the wrong side of the Queens GOP war.

Compare this to the community board from hell, CB1, so out of touch and disengaged from its own community that it has spawned its own parody website.

This is the future for every community board in Queens when Vallones get into office.

You all face a grim future.

This stuff with CB9 is simply rearranging the decks on the Titanic compared to what is waiting for you down the pike.

They should just get rid of community boards, they are too screwed up

Whether community boards are good or not is a separate issue. Realize that the City Charter makes clear (p.339) that all paid staff "serve at the pleasure of the community board." There is no need for term limits on "at will" employment.

Helen Marshall for Community Board Manager!

How come nobody is asking for the dismissal of Gene Kelty and Chuck Apelian from CB#7?

How much longer do we to tolerate these two shady guys warming a bench and cutting back room deals?

Look at Flushing...then ask yourself, who is responsible for all the shit that's been built there?

CB#7 gave it their blessing.
As long as Chuck and Gene's nabes remain low density, they pass on any overdevelopment plan which doesn't directly affect them.

Dump them both! Then scatter a few other scatterbrains on CB#7's board to the wind.

Bring on the enema bag!.