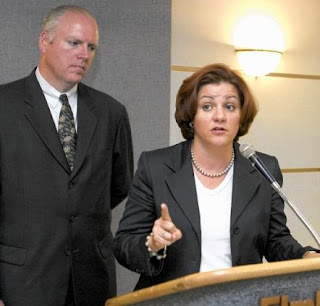 When arguably the most powerful county organization in New York City, the Queens Democratic Party, endorsed Christine Quinn for mayor, political observers believed it was a coup for Ms. Quinn because Queens’s famously loyal elected officials would quickly back the Council speaker. But since party chairman Joe Crowley announced he was supporting Ms. Quinn on May 20, few Queens elected officials have followed suit.

“They’ve been surprised by the lukewarm reception for Quinn,” said one Queens Democratic operative, unaligned with any candidate. “Especially considering only three district leaders dissented at her endorsement.”

The black political leadership in southeastern Queens was irked on May 20 when Ms. Quinn was chosen over the race’s one African-American candidate, Bill Thompson, but the dissent was still relatively limited to a few older power brokers like former Councilman Archie Spigner. Ms. Quinn has secured the backing of some Queens elected officials, including Congresswoman Carolyn Maloney and Councilwoman Julissa Ferreras, but thus far most have remained neutral.

Congresswoman Grace Meng, for example, has not endorsed Ms. Quinn, despite her close ties to the county organization. The same is true for elected officials like State Senator Toby Stavisky, State Senator Joe Addabbo and Assemblyman Michael Simanowitz. There is still time for elected officials to endorse Ms. Quinn and political insiders believe more, like Councilman James Gennaro, will back her. But she may also have an uphill battle in pressing her case to representatives of certain ethnic enclaves that have their own chosen candidates.

In addition, sources tell me that a lot of Dem club members are refusing to carry petitions for Quinn. This could get interesting.
Posted by Queens Crapper at 12:39 AM

The old advice to choose the lesser of two evils
doesn't hold water for me anymore.
I've been doing it for too damn long. I'm rebelling!

The more I read about the inferior political products being stocked in the marketplace--the more I'm inclined NOT to vote for mayor.

Why should I have to choose one--from among the various brands of canned tripe--that I'm being forced fed?

FU all! My right to abstain is also a sacred right!

People hate her! Check out the Anybody But Quinn website. She is pretty much universally despised.

Why are these asshole pols supporting her? Oh yeah - payoffs - duh!!!

I've never actually heard anyone say anything positive about that corrupt bitch!

And she has a lousy record when it comes to animal's rights. Who needs her? Nobody!

"People hate her! Check out the Anybody But Quinn website. She is pretty much universally despised."
What do you expect to read on a website titled "AnybodybutQuinn.com" fanmail?

She will win and be our next Mayor, but will only serve one term. By then, the city will be in ruins. Mark my words.

Gonna end up being a choice between Quimm and Weiner. Mark my words.

Who can ever "love" an explosive, shrill, hissy fit throwing truck driver like Quinn?

My faith lies in the history of NYC's resiliency.
We are as tough as nails--and we've managed to bounce back from far worse than Clairol Chrissy's wrath.

After all is said and done--the "mighty" Quinn isn't the fearsome grim reaper--only a squat little squirt with a big mouth.

She'll burn herself out before she ever gets to implement her agenda.

LOL!
Where else would one park a weiner but in a quimm?

Quinn is unable to connect with residents outside her uber-liberal district, yet alone city-wide. She is not proven, only known as a political arm twister at the City Council, is all. She has the personality of a murderer and cannot reach folks with her message. What is her message - none that I know of? Quinn is a professional POL with aspirations that will never be achieved in this town - she is despised personally and will never garner the true support and $$ to win the Mayor's office.

Lipstick on a pig...and a string of pearls around a sow's neck...wont polish up Quinn's crudity and hunger for power!

Will she make it there?
It's up to you wee little piggies...the voters.

Will you elect a real estate industry whore to become our next mayor?

Is Hissy Queen losing weight or something?

She is Beame and Dinkins all over again

Van Bramer and Vallone supported this woman even before Crowley.

Two boys that think they have a great future in higher office.

OK, not Quinn. Then who?