The old St. Aloysius school on Seneca Avenue in Ridgewood has been purchased by the School Construction Authority, which has plans to demolish the building and replace it with a new elementary school (across the street from PS305, which is also brand new but already full and which is a few blocks away from PS290, also under construction). 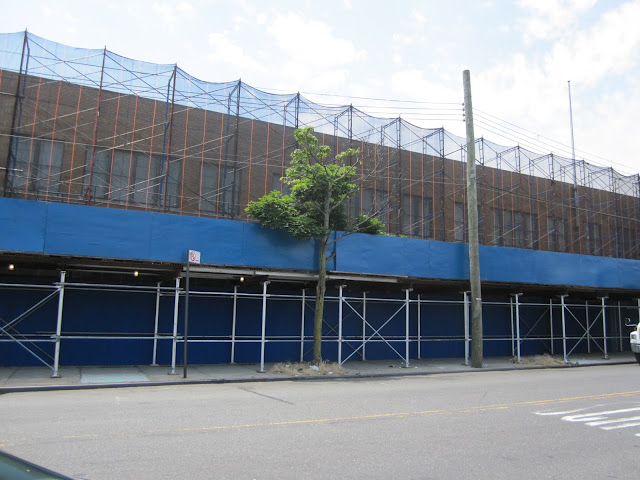 Anyway, the company hired by SCA that erected the scaffold around the building has damaged every one of the surrounding street trees. 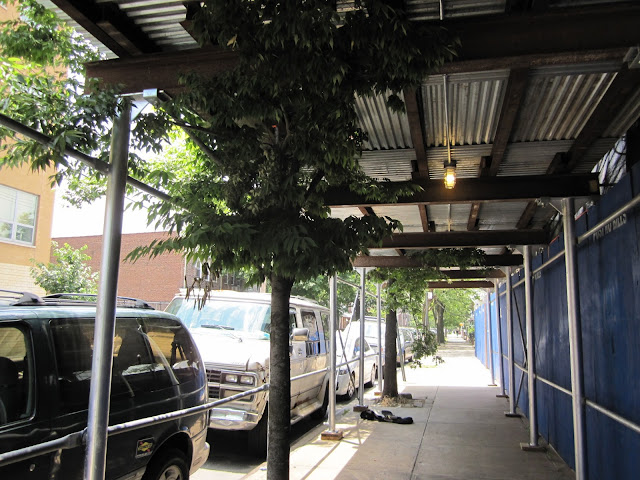 These are relatively young trees, planted only a few years ago, and we're already going to lose them because a tree protection plan was not implemented as required. 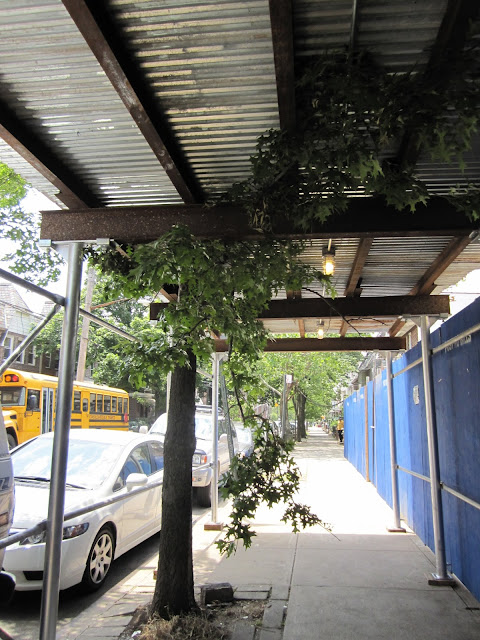 Do agencies in this administration actually communicate with each other? 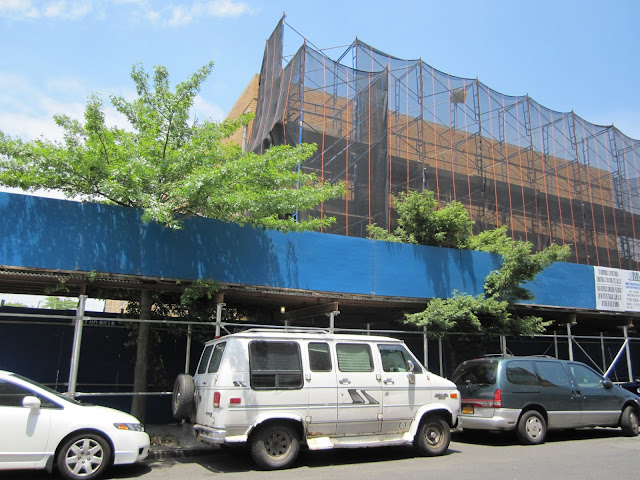 So Bloomie's planting one million new trees? How about protecting the ones already here? 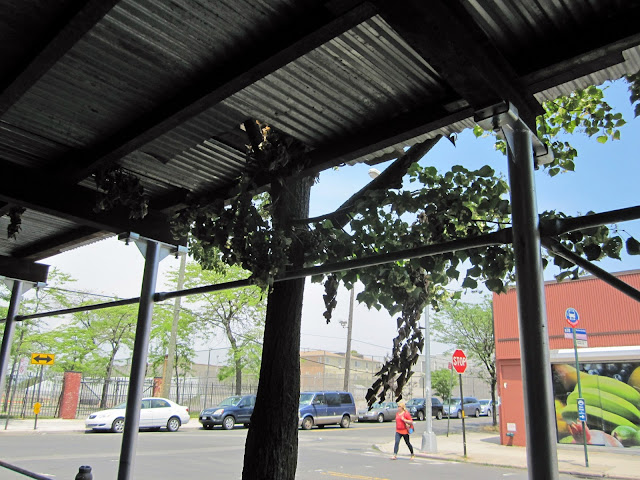 There's gotta be a better way than this. 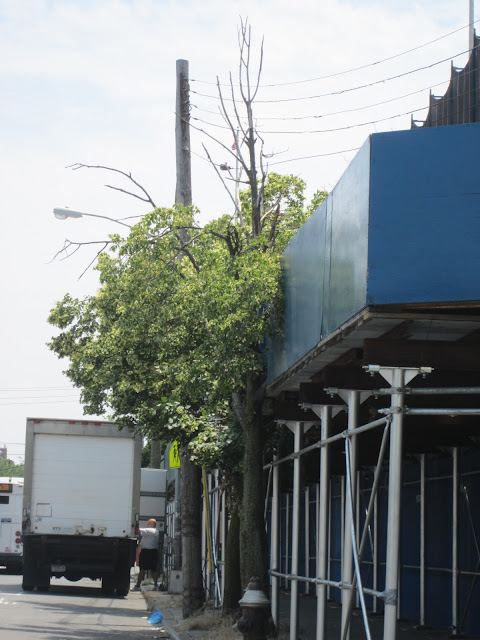 But this is Queens, so no one cares. Not the community board, not the council member, not the school construction authority, not the parks department. 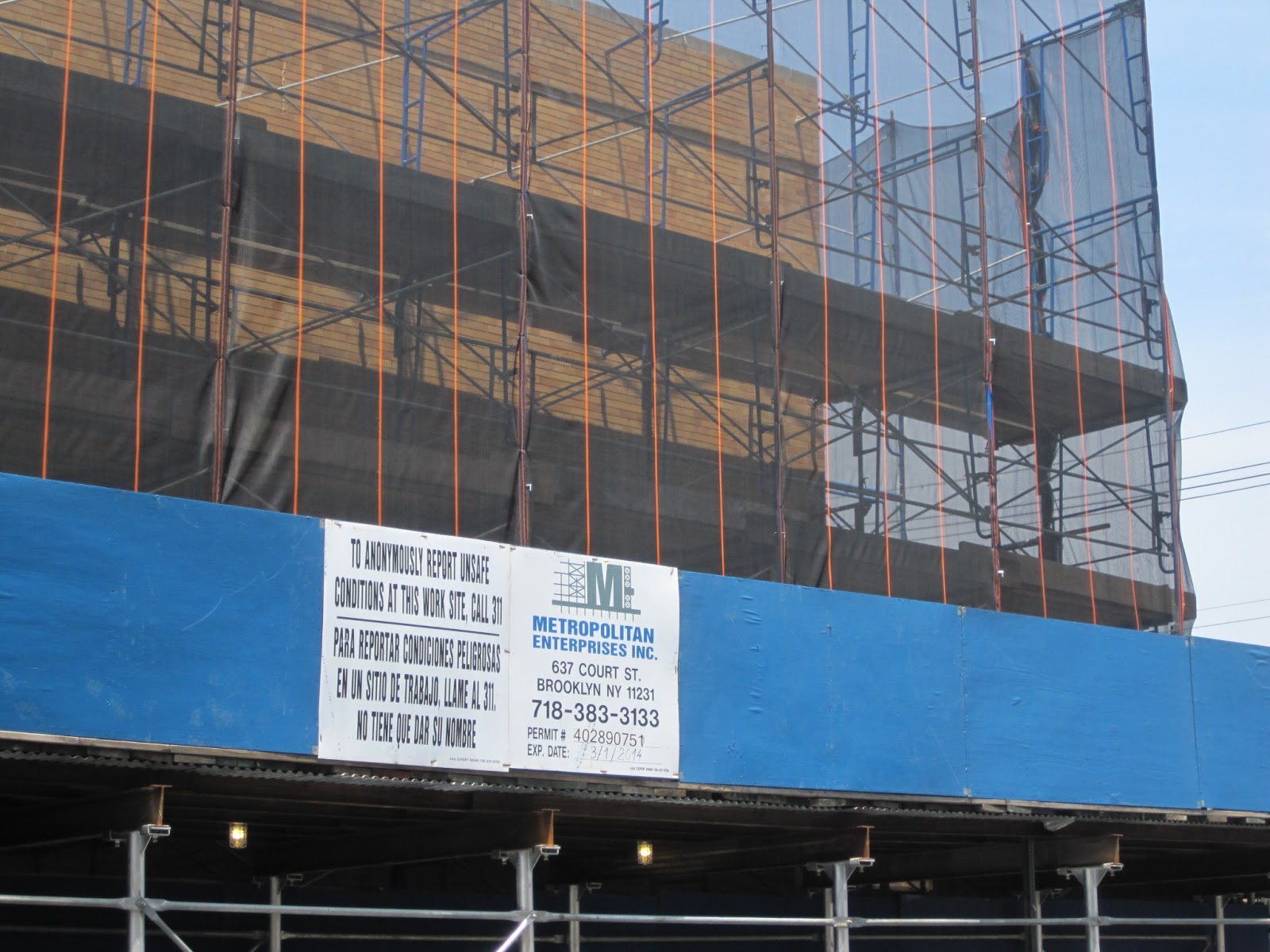 And look at all the municipal contracts the offending scaffolding company has!
Posted by Queens Crapper at 12:48 AM

What is the name of the scaffold company?

It can be found on the permit sign
attached to the sidewalk shed.

Hold them accountable for their actions.

Require them to replace the trees they destroyed after the scaffold is removed with trees of the same
mature size.That will cost them a tidy sum.

There is money reserved from their payments designed to mitigate for such circumstances.

This will force other companies hired by the SCA to reconsider their actions on other sites in the future.

We must not tolerate subpar performance in Queens.

This type of tree situation happens all the time around the city and with proper sensitivity on the part of both the contractor and SCA, minimal or no damage would have resulted.

I added a photo of the sign at the bottom. Appears to be installed by Metropolitan Enterprises.

One is not surprised by the behavior of the NYC School Construction Authority and their contractor with regard to public trees. The SCA is simply another misguided, rogue municipal agency that has an appalling history in its indifference and abuse of the public trees across many communities. And wherever they send their engineers.

One of the odd things in the Mayor's tree initiatives is a blind spot its advocates seem to have for mature trees already standing.

The abuse show here is almost universal at any construction project in the city.

But these abuses, as well as the failure to open tree pits for older trees or trying to get school kids adopt a block gets short shrift....

...by a program that actually planted two trees in the same pit on my block.

Parks Dept should be aware of this!

They will take care of everything.