How we decided which candidates to endorse:

NYCLASS staff and volunteers interviewed more than 60 candidates. All candidates were selected based on their support of animal protection issues such as:

Peter Vallone, Sr. wanted to expand the area in which horse carriages could operate.
But I'm sure his son is not a chip off the old block, even though he can't stop mentioning how proud he is of his pop's record of service. And his brother wants to ban pit bulls but I'm sure Paul thinks that's a terrible idea as well. 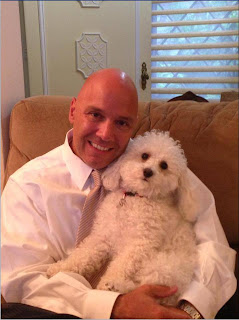 Glad to hear Paul is against puppy mills. I wonder which shelter he got that Bichon Frisé from...

As for environmentalism, Paul's CB7 record includes voting yes on a variance for a hotel in the middle of a river, not showing up to vote on the USTA expansion (which includes a power plant), and being part of a lobbying firm that represented a toxic soil dumping developer. Rumor has it that his buddies are eyeing the old Whitestone CYO site for development as well, where the community wants a park.

Kind of perplexing why NYCLASS would pick Vallone considering all this. Oh.....wait! I forgot something from the NYCLASS website:


We also considered each candidates' leadership potential and winability.

Ah, in other words, if you were endorsed by County, NYCLASS will say that you're an animal advocate and an environmentalist. Even when you aren't.

Yet another fake advocacy group.

At this point, I'd rather trust the Dilluvios than NYCLASS. They took down their Vallone signs. 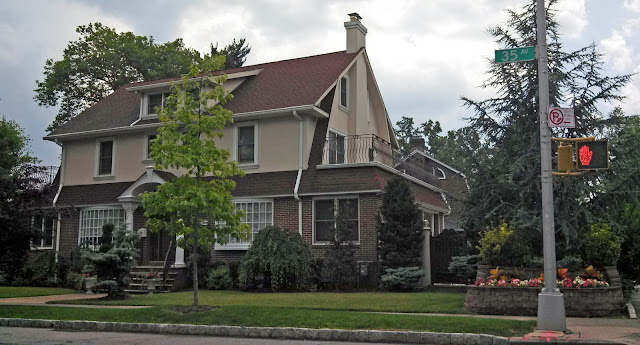 While we're talking about Paul Vallone's votes on Community Board 7 and connections through his family's lobbying firm, let's not forget about some of the other votes that he made on CB7, like voting in favor of the White House zoning change in 2011 - property purchased by a Gambino crime family associate who defrauded the city of millions of dollars in tax revenues - and the TD Bank that's under construction where Whitestone Lumber used to be.

Both of these projects were strenuously opposed by the civic associations in Whitestone because they were undoing the downzonings that had happened just a few years before.

Vallone went along with Halloran, who was on the take on both projects, probably on the advice of Chuck Apelian, his buddy, former campaign manager for the 2009 race and land use chair of Community Board 7.

Based on that record alone, if he's an environmentalist, I'm a ham sandwich.

Typical bottom of the barrel asshole politician pandering for votes.

Anything to buy votes.

The only reason NYCLASS chose this asshole is because they think he stands a chance of winning, not because they support him as a person. He's just a tool to further their agenda. An agenda that I totally support. But don't be fooled into thinking that anyone thinks this jackass is a great guy that will do great things for Queens! He's a lobbyist in the back pocket of developers and criminals. Oh wait - that's redundant!

Vallone and Appelian go back to the days of astoria park. You know when one of he vallones go busted smoking pot and pops Valllone made it go away

Chuck And Peter and Pete and Paul have made millions off of chucks land use chair position.

Why no one has put this together sooner is beyond me

Not only will Vallone do to our neighborhood what they did in asstoria they will do what they did to downtown flushing and what they already started doing in College point.

A vote for Vallone is a vote for crap and our community becoming crap. Right Chuck?

When I got my call from a NYCLASS volunteer (I am one myself) I convinced her to support Paul Graziano.

The volunteers are Manhattanites that know nothing about the Vallones or Queens - they're just trying to help horses.

The group is not a fake advocacy group - they tried to meet with that criminal Halloran numerous times and he cancelled each time.

When you endorse someone who clearly is not an animal advocate or an environmentalist in order to say you support the winning candidate, that makes you a joke organization.

The Whitestone people better not forget the White house zoning drama. I remember the local neighbors being bulled and the threatened because they didn't support the zoning change.

Man, where's Kevin Kim when you need him? LOL

Didn't Vallone run 4 years ago and screw it up for a guy who really deserved to win?

The Vallone's pro developer anti community positions are well known in Astoria and now NE Queens. Just look at who's giving him money and the positions he's taken over the years. (Paul was in favor of that mess on 26 Ave, where the developer dug a moat around a one family house, poured his foundation and tried to sneak in a 5 family tower before the new zoning went into effect)

I'm no defender of any politician at this point...but the snark about the Bichon is a cheap shot. Maybe it IS from a shop [and then shame on him] but if you think shelters aren't full of Bichons and every other breed, you're misinformed. In fact it's the smaller breeds that are usually in the majority during a puppy-mill raid.

Don't you think it's kind of a coincidence that both Vallone brothers have Bichon Frises?

NYCLASS is full of photos of incumbent pols and their purebred animals. It would be comical if it wasn't so sad.

I am a member and supporter of NYCLASS and I just made my phone call and email to them. Do the same- especialy the calls - flood them - thats how you have the most effect

Why did they endorse all the incumbents when they are all carrying petitions for their main target, Christine Quinn? Defies logic.

If Paul Vallone likes animals so much- - -

This is the response from NYClass after my endorsement interview. I think it is extremely eye-opening about the way this organization operates.


Hey Paul - First, please know that I write this email with a heavy heart. We ended up endorsing Vallone for district 19. Your heart for animals is by far the strongest of all the candidates. But we have such a tough fight against animal-foe Austin Shafran, and I think Vallone has best chance of defeating him.


You're amazing. The movement needs 300 Grazianos. I hope you understand and that we can still work together for animals.

And this is coming from a group that is also behind the "Anybody but Quinn" advertisements...and they're backing the candidate in the 19th Council District - Vallone - who is carrying petitions for Quinn.

Hypocritical doesn't even begin to cover it. You've got my vote, Paul G.

What the heck did Austin do to earn the title "animal foe?"

That let down letter is despicable, and adds insult to injury - and I don't mean towards Paul G., I mean to the animals this group obviously doesn't care about as it compromises and bargains its way into political power.

Vallone should step up and say that he cannot accept the endorsement given under these conditions. Either NYCLASS endorses him for his stances, promises, and past actions, or not at all.

I do not see Tony Avellas name and he has supported them from the beginning and I know he always voted for animals in Council and Senate. I know I will not be supporting them anymore.

Don't abandon NYCLASS because of this - they are still a really great group.

They just did what everyone does - hedged their bets. Manhattanites don't know about the seamy underbelly of the Vallone Crime Family! They just played the game poorly.

Is it not funny that there is so much anger against Paul but its muted towards Peter?

If Peter gets in, the entire borough gets the Vallone treatment.

When we start getting calls for Peter, he'll be dealt with. I guess posting his nonsense answer about FMCP not being parkland didn't count as criticism.

Or his Memorial Day parade bullshit...

You are right they are a great group of people but if they hope to get support from the con men they will just end up conned. So its up to us to enlighten them. They can still change their endorsements. We all make mistakes but they can be corrected.

How come every Graziano supporter I meet has a laundry list of achievements that Graziano has done on our behalf but every single Vallone supporter I come across (I'm embarrassed to admit are mostly my friends) has nothing to say except insulting things about Graziano but not one thing about any good Vallone has done for our community. I wish all you people with Vallone lawn signs could come up with reasons to support him. Was Vallone responsible for downzoning our community, fighting a battle against the 20,000 sq foot Mormon Church, fighting the NYC Redistricting commission when they wanted to split our neighborhood in half? NO he wasn't but guess who was? Graziano was as usual fighting for and protecting our community. If it wasn't for Graziano most of you Vallone supporters wouldnt even be allowed to vote for Vallone because NYC would have your address grouped in with Downtown Flushing! You should do your homework before displaying those lawn signs. Stop acting like sheep.

Crapper was the only "media" to call Peter out for not helping the people affected by the Astoria Medical Building. Muted is not the right word, pal.

And would you vote for a sartorial numbskull whose shirt collar size is 2 sizes too big for his neck?

It's all part of the game folks...
huggin' babies, shakin' hands and kissin' dogs!

Meanwhile the Vallone law firm lobbies for the developers that are ruining your neighborhoods!

Be dumb..."vote Vallone"!
"Now, more than ever", you need to see your fine nabes being screwed worse than they've ever been.