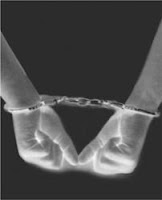 The FBI busted nine people yesterday for allegedly running an old-fashioned numbers racket that drew in hundreds of postal, transit and sanitation workers and raked in millions.

Players plunked down $20 to take part in the game, which paid out a $100,000 prize based on results from official State Lottery drawings, the feds said.

The outlaw gambling enterprise dates to at least 2005, and operated out of the FDR Post Office on Third Avenue, where monthly "lottery books" listing the players and their numbers were distributed in the men's locker room, according to a Manhattan federal-court complaint.

Two cooperating bettors helped the feds crack the case, with undercover surveillance revealing ring members picking up the half-inch thick books at a print shop in Maspeth, Queens, and stashing them at a storage facility in Brooklyn.

Total proceeds of the scheme were at least $10 million, and an indictment handed up Wednesday against a suspect in a related case says he raked in $9.2 million.

The lottery books, listing players' names and the six numbers they chose, were distributed to the ring's customers by numbers runners.

The winner was the first player to have all six numbers chosen in the state Lotto game.

The nine defendants are charged with one count of conspiracy to conduct a gambling operation, which carries a maximum penalty of five years behind bars and a fine of up to $250,000.

Running a lottery: only legal if you're the government.
Posted by Queens Crapper at 1:49 AM

Now if they can just crack down on the 109th precinct things may be looking better.

What about income tax evasion? I can't believe they paid taxes on the money they made by running this.

OMG. I worked with these guys and played their lotto a few times. I assumed that it was a common thing around town, or was this just the first one to get busted?

"Two cooperating bettors helped the feds crack the case" .... unh-hunh. Sounds like a case of sour grapes. Or ... there was always the rumor of the winners having their places robbed the night after winning. I wouldn't put it past some dumbass to call the police "Hey, my illegally won windfall was stolen!"

Their prizes may not be made of actual gold,
but these California Mega Millions lottery winners are doing the happy
dance with their new-found fortunes. And you may get pleasure from your gains considerably more.
You BELIEVE there are only three ways of making lots of.
There are very stringent rules and regulations regarding the photographs that are sent with applications.