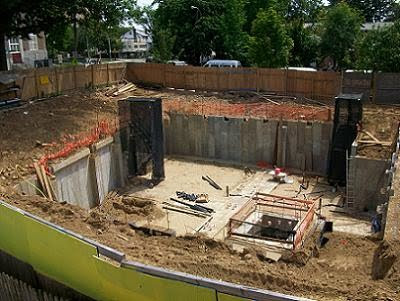 According to the owners, this community facility will accommodate 175 children,ages 2 through 6. In the plans it appears to me that there will be a subcellar at this facility to be used as a daycare gymnasium as well for accessory uses. However, it is my understanding that as of September 1,2008, daycare students are no longer allowed to be kept in a subcellar in newly built facilities. Can you explain to me why the D.O.B. approved plans allowing for a gym in a subcellar given this new regulation? I also note that the number of children allowed on all four floors of this facility adds to 296. Does that mean that the center could conceivably be allowed to service that many children?

Community residents are very concerned about the size, number of children and impact it will have on the community. As you know C.P.B. 11, also voiced serious reservations about this community facility. 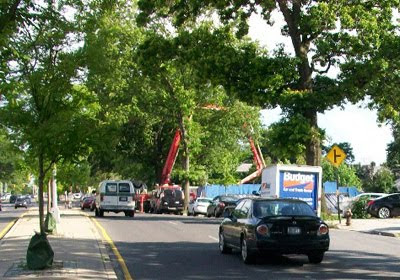 The issue of how the children will be dropped off and picked up is a major concern. Safety is of paramount importance not only for the children,but for the residents and the children who attend P.S.130 directly across the street. This intersection which forms the corner of the center site is a very busy area. Remember these children will require assistance to get out of and into vehicles. They also need to be escorted by an adult into and from the building. How can safety be maintained if people are dropping off and picking up children at such a busy and congested area without the use of a turn-in-lane? B.S.A. gave the owners AS OF RIGHT to build in the bed of this mapped street. The blvd. is only 1 1/2 lanes in front of this site.

While looking on the D.O.B. website, I notice that there are 13 open ECB complaints and 2 open DOB complaints for this site. Apparently,fines totaling to many thousands of dollars have been levied against this owner. These fines appear to not have been paid. At what point will the owner be forced to pay the fines? Why is the owner allowed to start construction when fines have not been paid?

And this was followed up with another e-mail:

The property owner, Swayne Shu, who is councilman John C. Liu's landlord, is listed on the N.Y.C. Campaign Finance Board as a donor to the councilman's 2009 N.Y.C. comptrollers race. Shu is also listed as manager of the Kon Wah dayschool located in Liu's Flushing building at 135-27 38th Avenue, Liu's office.

The other business name listed is Yee Kon, LLC. Shu is listed as partner. The B.S.A. gave approval to build in the bed of a mapped street. As Liu is chairman of the transportation committee, is it not strange that the D.O.T. signed its approval of this unsafe project? C.P.B. 11 and Chairman J. Iannece rejected the project. One more "AS OF RIGHT" POLITICAL/DEVELOPER CRAP BUILDING!!
Posted by Queens Crapper at 12:00 AM

I have no idea how parents will be dropping off and picking up little kids at this location. There is absolutely NO room anywhere to park except to double park. Definitely not safe for kids. There is also P.S. 130 and the Draga Eye Care Center (who have like a thousand patients there at any given moment) directly across the street. It's IMPOSSIBLE to find parking there. Why BSA gave them permission to build is beyond me.
And why would any parents send their kids to a place to be in a subcellar? To me even being in a basement would be unacceptable.

This is going to be a nightmare. It would nice to get a traffic agent there once it opens and ticket everyone who double parks.

Just out of curiousity, how are subcellers dangerous and why are they illegal. Is there gas from sewer lines, is it a fire hazard?

can you visualize attempting to evacuate sixty children,(ages 2-6) from that sub-cellar trap up through that small opening,in case of fire?.Con Ed. natural gas lines were recently placed under 42nd avenue eastbound to 203 street,and continued east past BAYSIDE. according to c.p.b/11 Con Ed. transformers cannot be placed within 250 feet of a
community facility.this is because of the explosive
posibilities.
the contractor has created a flooding condition on the northbound francis lewis blvd. side of this site.the drains on the site side of F.L.Blvd are blocked.

The job was filed 3 years ago so why would it be subject to new regulations.
ECB fines are not collected or have anything to do with DOB.
Ignorant people with nothing better to do. The e-mail writer should find A HOBBY and stop going to bingo. Deal with progress.

The commenter should learn how to write in English before commenting here. This is not progress, this is stupidity.

three years ago this project involved one lot that sold
for approximately $800,000. when owner of lot two,
who protested the daycare project, received $1.2 MILLION last year,Shu/YEE KON then demolished the
fairly new two story dwelling.new filings had to be established and possibly new regulations will apply to
the subcellar trap of toddlers, in the event of a fire.

after many weeks of super cement trucks damaging one tree at the project doorway,the forty foot tree is now down on the ground.welcome to Auburndale Shu/Yee Kon!!!

Swayne shu is a ex wanna be Chinese gang member who was shot in his testicles. He was arrested numerous times and testified against his co defendants. This is all public record under the freedom of information act. His known name at that time was robert shu. Now he drives a yellow Ferrari and laughs his way to the bank

Everyone has a past, rumor has it that his mother is the one that told him to change his name so his past doesn't show up upon background checks. After some research i found out that he did co operate in his past criminal cases. He was known to hang with some queens based gamg named the white tigers. They befriended a lottery winner and robbed him causing him to be in a coma for several months. Then he was involved with scamming FEMA out of hundred of thousands of dollars by filing false claims after 9/11. It was after this incident that he had his name changed because his successful (several restaurants) mother was embarrassed. Well, its a done deal on the school. Its open and accepting applicants.