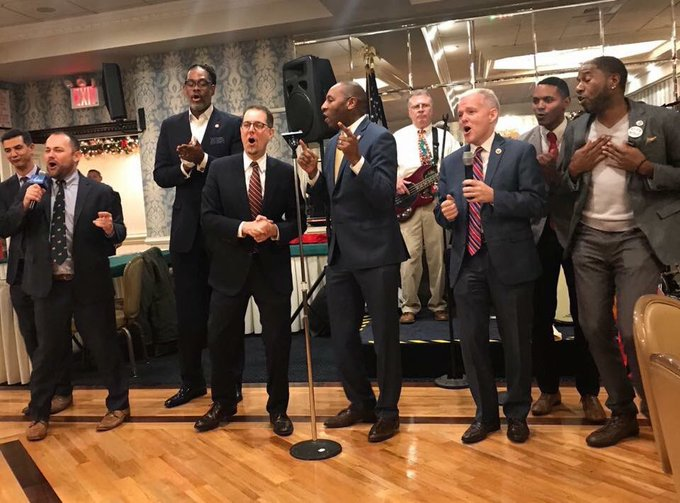 Name this band, wrong answers only of course

"Hark the herald assholes sing!
Glory to the newfound bling!"

Van Bramer will find a home but to those of us that bore his hissy fits and his preening arrogance its fun to see him wander around the neighborhood like an abandonded puppy looking for an owner.

The name of the band is Masks Are For The Little People.

Well, I know what song they're singing: "I'm Your Puppet".

The No Term Limits

Me too and the Gimme Gimmies.

Pangender Pedro and the Personal Pronouns.

FINALLY, the only REAL freedom and democracy exist in ALL corporate boardrooms. Your personal freedom and democracy are knowingly false footnotes in the archives of ancient history, all of which is controlled and dominated by the same ruling clases from hundreds of years ago; the ancient Babylonian 'Empire-Racket' playbook has been passed on with each new generation that rises to destroy us.

❝ ... we have an economy that, at its core, is based on death, misery and hardship. It’s not based on health and happiness and life. When it’s humming along, that means our obliteration of the planet is running full steam ahead, and average workers are being appropriately repressed and held down, hoping to collect enough food stamps to papier-mâché a cast on their broken arm. In fact, The Washington Post admitted it this week—but acted surprised when they said it: 'Many analysts pointed to a seemingly unusual cause for the turbulence: rising wages.'