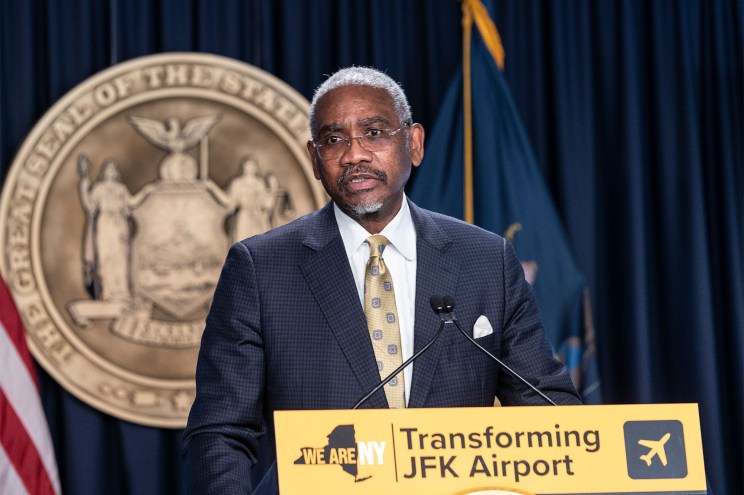 Meeks is in talks with far-left council members including Democratic Socialists of America darling Tiffany Cabán to push the other frontrunner, Adrienne Adams, who like Moya is from Queens, multiple sources said.

The alliance is odd as Meeks, an establishment moderate Queens Democrat, was formerly at war with Cabán and her allies over their radical positions to defund the NYPD and supports the anti-Israel Boycott, Divestment and Sanctions movement.

“Greg Meeks has made a deal with Tiffany Cabán, Sandy Nurse and the other anti-Israel council members to back Adrienne Adams because that’s the only way they get to 26 votes. They don’t have the votes otherwise,” said one council insider.

#Facts NYC school district 24 has the highest school suspension rates.
This is under the leadership of AOC, Catalina Cruz and Moya
(both of there offices are literally a few blocks from the school with the highest suspensions in NYC). And the Superintendent's office is even in the same building.
What a joke.

Blood IS thicker than water?

Did I see "anti Israel" in the article. How shocking. What did they do? Claim that the weather is bad there? That the food sucks? That the land is dry and barren? How terrible and anti-Semitic.
Our God of love will smite them down with vengeance!

WTF Happened to his hair??? Has he stopped dying it? BTW Does Bill Scarborough still wear that outrageous fright wig?

The City Council is a lawless cabal of criminally insane sociopathy that is allowed to flourish, and openly practice their endless corruption, graft and monstrous, feckless greed. They ALL belong in an Arctic prison for life, tightly crammed into an adjoining cell accompanied by Mayor Chirlane ('what THRIVE NYC money?') and her BLM-worshiping, traveling Minstrel Show 'louse of a spouse' (and terminally, lethally dangerous, lefty Marxist puppet-stooge-lackey) both of whom double murdered The City of New York, with impunity (tragically after it was already flatlined in the '90s by Ghoul-iani, then raped, ravaged and tonsured by Little Napoleon Doomberg——who, after having betrayed public referendum by serving an illegal third term, bolted from the oppressively tyrannical regime of oligarchy that he inflicted on our obliterated city that he so maliciously destroyed to smithereens).

Looks like he got caught in a snow storm upstate. Most of it melted away, except for the crown. Either that or he goes to the same barber as Trump Turd.

No cure for #TDS POTUS 45 wrecked their minds...