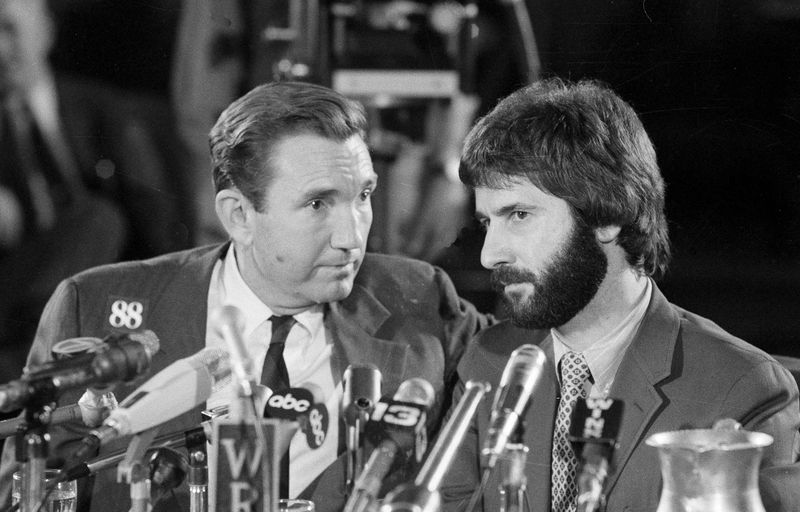 Mayor-elect Eric Adams wants to make sure whistleblower cop Frank Serpico gets the honor he was denied 50 years ago.

Serpico, 85, will get a Police Department Medal of Honor certificate, Adams promised Saturday night on Twitter.

Serpico, a Brooklyn native, has been waiting for formal recognition ever since he was shot in the face in February 1971, nine months before his Knapp Commission testimony.

Serpico tweeted out the News story after it was published online Saturday.

In the tweet, Serpico told his 5,000 Twitter followers that the article “neglected to mention I’ve been waiting 50+ yrs for the NYPD to issue me my authenticated Medal of Honor certificate and properly inscribed medal.”

Serpico got the medal — it was handed to him over a countertop, without any pomp or ceremony. He also never got the certificate that usually accompanies the medal.

On the morning of Dec. 14, 1971, NYPD undercover detective Frank Serpico put on his only suit. The son of an immigrant cobbler then stopped to get his good pair of shoes shined.

The bearded 12-year police veteran was about to dismantle the department’s infamous “blue wall of silence,” exposing the NYPD’s systemic corruption across three hours of unprecedented testimony before the Knapp Commission and its probe of crooked cops.

A half-century later, the 85-year-old Brooklyn native remains a strident critic of police misconduct and a sounding board for fellow whistleblowers — while sharing his thoughts and concerns on a variety of topics with more than 5,000 Twitter followers.

Serpico, who survived an on-duty gunshot to the face nine months before his testimony and death threats afterward, remains unsure how he’s lasted this long.

To use the old corny expression, somebody up there must like me, ya know?” says Serpico, his borough accent unchanged by the years. “This is what people don’t understand: You shall know the truth, and the truth will set you free."

“But people are afraid of the truth.”

I bet he didn’t spend all his cop days sitting in his car staring at his phone.

The Man has brass balls !

Disgrace what was done to him. Born and raised on LES, I witnessed in the 60s blatant abuse by NYPD.

I bet he doesn't have one of these silly blue fake American flags outside his house.

Frank’s a real legend. Ask him, he’ll tell you

There's going to be a lot of angry Bob Holden voters after seeing this.

The NYPD are some of if not the most corrupt and unjust public servants known to man.

They actually get paid to terrorize people

Has Thinking has become illegal in NYC ?
"A lot of angry Bob Holden voters" We love Bob.

It's still not nice to snitch, Frank

We need an army of people like Frank. He is a hero.

To the Unknown Anonymous: 'Frank's a real legend. Ask him, he'll tell you.'

I wonder what brave acts were in play that our mystery Unknown writer has ever taken credit for in the line of public duty. My educated guess is that bravery doesn't exist under his/her protective, anonymous cover. So easy to criticize the brave and the courageous, especially given that Serpico, by all evidence of the past, should not be alive and well today because of the pervasive, openly practiced corruption of the NYPD, with impunity (sadly in existence. He's the ultimate whistleblower who nearly paid for his civic cuty with his life!

How much do they get paid for sitting in their car and staring at a phone all day?

@"Future quote: Julian Assange didn't kill himself..."
Did Julian Assange shoot Serpico? Did Serpico rat out Assange?
What are you? Some kind of commie freak show?

@"A lot of angry Bob Holden voters" We love Bob.

Bob Holden voters may love Bob, but they sure won't be happy with Serpico getting his full medal of honor.

A bit much considering that everyhone who comments on this blog is anonymous except to Google.

@"sure won't be happy with Serpico getting his full medal of honor"
So you speak for all the Bob Holden voters ?
Tell us how you know ? Is it a feeling or fact ?

"So you speak for all the Bob Holden voters ?
Tell us how you know ? Is it a feeling or fact ?"