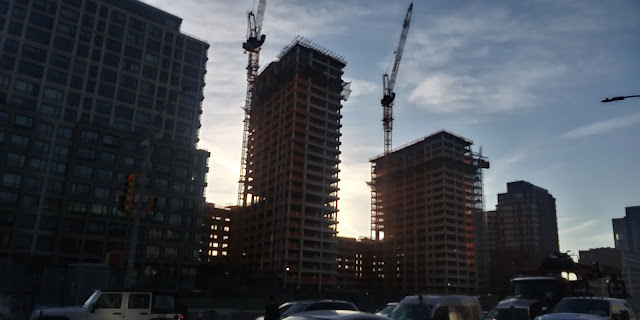 A steady flow of Gowanus developments have been filed since October, when it became clear the rezoning would pass.

But that is not the only reason that project filings are piling up at the Department of Buildings. The scheduled expiration of 421a, a generous property tax break for residential construction, in June is prompting developers to get their foundations in the ground by then.

Largavista Companies filed plans to build a 46-story tower with 518 residential units at 30-05 Queens Boulevard in Long Island City. The building will span about 474,000 square feet.

Howard Hughes filed its application to build at 250 Water Street after slogging its way through the Landmarks Preservation Commission and City Council as opponents complained that the project is too tall.

The building clocks in at 26 stories with 324 residential units and 160,000 square feet of commercial space. The site, which abuts the high-rent Financial District, has been a parking lot for decades, despite several attempts to develop it.

If you don't like glass boxes, then you ain't a Democrat!

If you don't like development, you must be a commie.