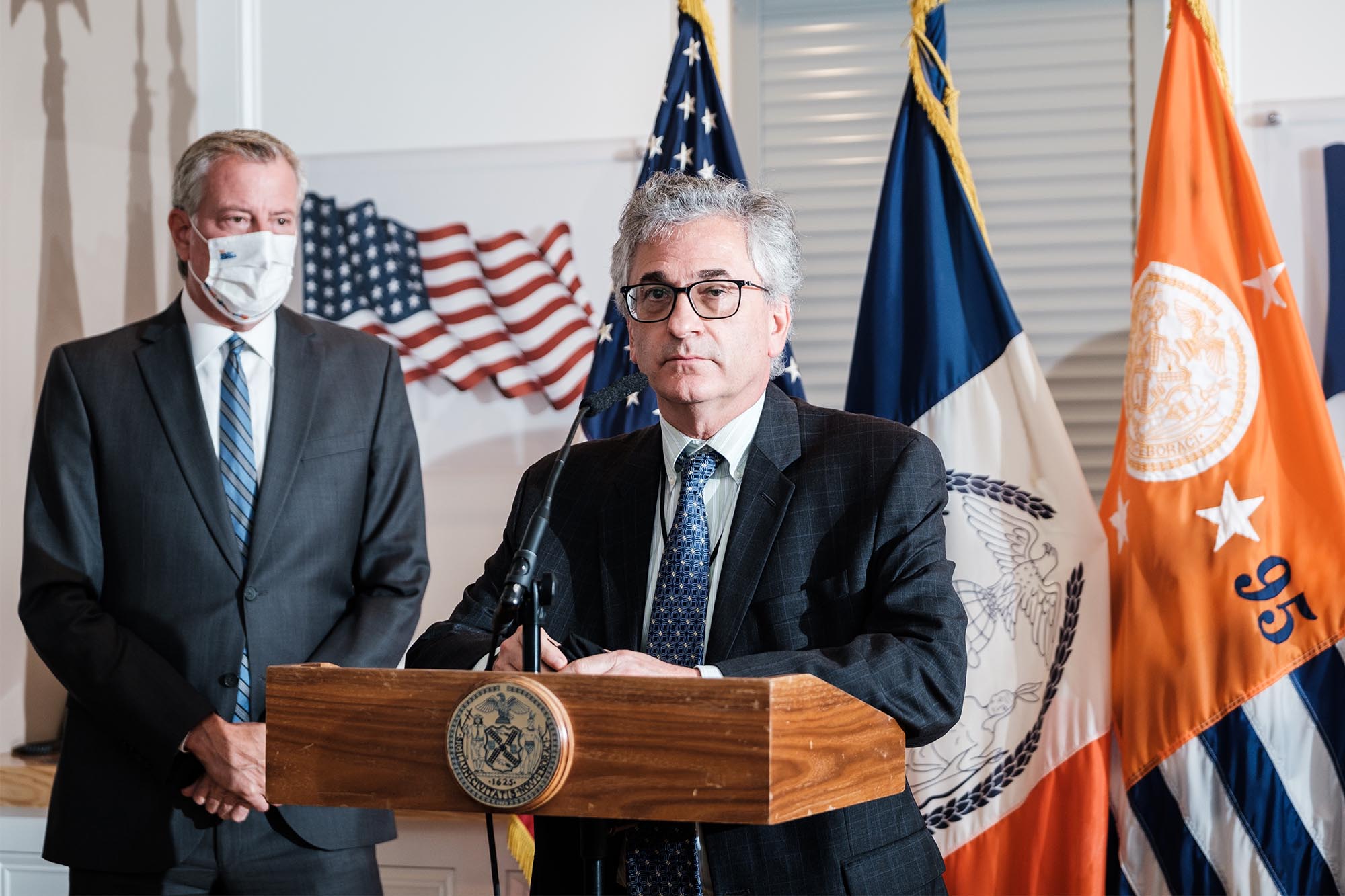 Nearly 600 correction officers with the already depleted city Department of Correction workforce were expected to be placed on unpaid leave Wednesday for not getting inoculated against COVID-19, city officials said.

The roughly 570 uniformed members will be relieved of duty if they showed up for their shifts without getting immunized against the deadly virus following Tuesday’s deadline, according to DOC spokesperson Patrick Gallahue.

An additional 708 corrections officers have applied for an exemption from the vaccine mandate due to religious or medical reasons. They will remain on the job with weekly testing protocols as their applications are reviewed, according to Gallahue.

The figures were released Wednesday afternoon, hours after city officials came seemingly unprepared to the mayor’s daily morning press conference — in which DOC Commissioner Vincent Schiraldi quipped it would take “a level of math that is going to give everyone a headache” to provide a total number of officers on unpaid leave due to the mandate.

The DOC, whose employees have been among the city’s most vaccine-hesitant, did see a 31-point boost in its vaccination rate in the weeks leading up to the deadline for city jail workers.

/ immunized against the deadly virus \

With the even deadlier genetic transfection shot.

The Branch Covidian Cult in action.

"without getting immunized against the deadly virus"

So how many 70+ year old prison guards are there?

Good move deBozio and the City Council dopes.
This will lead to more animals being released on our streets to kill and rob the Sheeple.

ALL OF THESE UNNECESSARY mandates are to get people to quit nation wide and bring in FEMA and to legally suspend the constitution.

@This will lead to more animals being released on our streets to kill and rob the Sheeple.