Adams gets his police woman 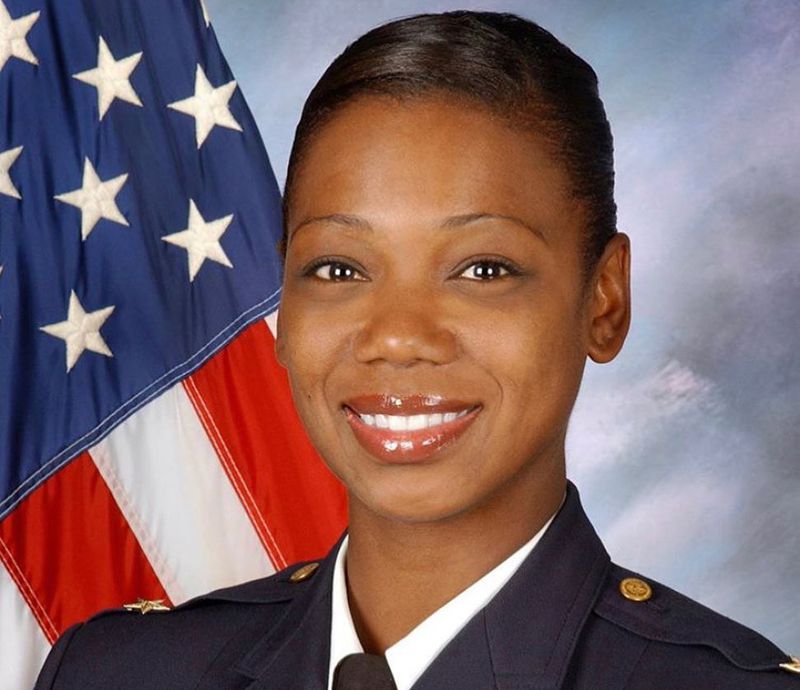 Mayor-elect Eric Adams has selected a Long Island police chief to become the first female commissioner of the NYPD — opting for a backyard pick after an extensive national search for his first top cop, four sources told the Daily News late Tuesday.

Keechant Sewell, the chief of detectives for the Nassau County Police Department, was picked for the top NYPD post after doing a “fantastic” job in interviews with Adams and his team, said a police source familiar with the matter.

“She was out of this world good. They couldn’t believe how well she interviewed,” the source said.

Adams, who will formally name Sewell as his commissioner at a Queens press conference Wednesday morning, heaped praise on the 49-year-old Long Island cop, who’ll become the first female commissioner in the department’s 176-year history when she takes over early next year.

“Keechant Sewell is a proven crime fighter with the experience and emotional intelligence to deliver both the safety New Yorkers need and the justice they deserve,” Adams said in a statement. “Chief Sewell will wake up every day laser-focused on keeping New Yorkers safe and improving our city, and I am thrilled to have her at the helm of the NYPD.”

The selection of Sewell, a Queens native who lives on Long Island, came after Adams and his team conducted a months-long search for the next commissioner.

Let's see if she can fix what the Dope from Park Slope has done !

Her resume looks weak but let's see what good she will do.
I hope she is not judged by the color of her skin or gender but the content of her character.

Funny how literally no one who lives or works in NYC was deemed qualified for the job. Add yet another westbound car on the LIE during rush hour!

Eliza Orlins would be my pick to be police commissioner.

Female and black, so she passed the "horseface hochul" test!!

She lives in Valley Queens. No LIE needed.

Well maybe we need a woman to get the job done. I hope she can fix the problems that were created by this idiot mayor. I hope she also kicks AOCs ass too while she's at it. Im rooting for her!

Remember Benjamin Ward, who served from 1984 to 1989 under Mayor Ed Koch?
My uncle is Nassau County PD
She's more of a social worker with near zero boots on the ground experience.
Read the key words "hostage negotiator " "FBI trained" not an actual proven crime fighter.
Neither mean shit, Thanks to Obama the FBI takes anybody these days including freaks, weirdo's, hippies, drug addicts, ex Mafia you name it. Obama mob dumbed had the vetting process and tests dumbed down to near nothing so more blacks can get in.

The article in tonight's NY Post is very disturbing.
https://nypost.com/2021/12/14/keechant-sewell-named-nypds-first-female-police-commissioner/
Key Lines:
"“Keechant Sewell is a proven crime fighter with the experience"
Oh, and which PCT was she and actual Police Office actually dealing with shit on the streets?

"Adams is aware of the risk, but picked Sewell nonetheless, He’s going on his" instinct"
Based on a liberal progressive turncoat ex cop now to be seated mayor (who hates cops) His Instinct?
PURE INSANIETY, Voters have committed suicide. This Mayor is going to be a disaster worse then deBlasio !!! R.I.P NYC-PD and New York City


A: Thats because it was likely an INSIDE JOB decided behind closed doors weeks ago !! Adams is fulla shit and his press conference was scripted like a TV show lollypop for all the dumb sheep.
Baaa Baaa Baaa !!

Don't Feed the Trolls said ...
I hope this hiring was based on merit rather than church of woke approved propaganda.

I guess time will tell? Let's give her the benefit of the doubt in the meantime.

Her resume seems rather limited in experience for her new job. I suspect compliance with the wishes of Banks and Adams may be her main qualification as she probably will not running her organization. Pity that we have so many highly qualified and really experienced women in the NYPD who are getting neither opportunity nor respect.

Yea she'll do real good in her new position. She was already apologizing to the family and friends of the criminal that almost killed a NYPD lieutenant in Woodside last night during a robbery. Another fucking disgrace just like the previous PC Shea. Your either the PC or a ass kissing wannabe politician.

Another ass kisser puppet only worse then Shea, she's no cop neither.
"Hostage Negotiator"
Translation 1: SOCIAL WORKER,
Translation 2: Get on hands and knees and talk bullshit to make crazy people and criminals feel better.

Apologizing to the family of an animal who don't like jail and wants to kill cops.
I saw that and it made me sick, I was mad
A puppet for a racist cop hating mayor can not lead the NYPD this is going to be a disaster! This new incoming government of bleeding heart liberals and socialist colored is going to trash both the whole city and my rights.
This is worse beyond anything I assumed could happen. I'm going to have to leave New York and move back.

@"I'm going to have to leave New York and move back."

And take that big useless gas guzzling pickup truck with you.