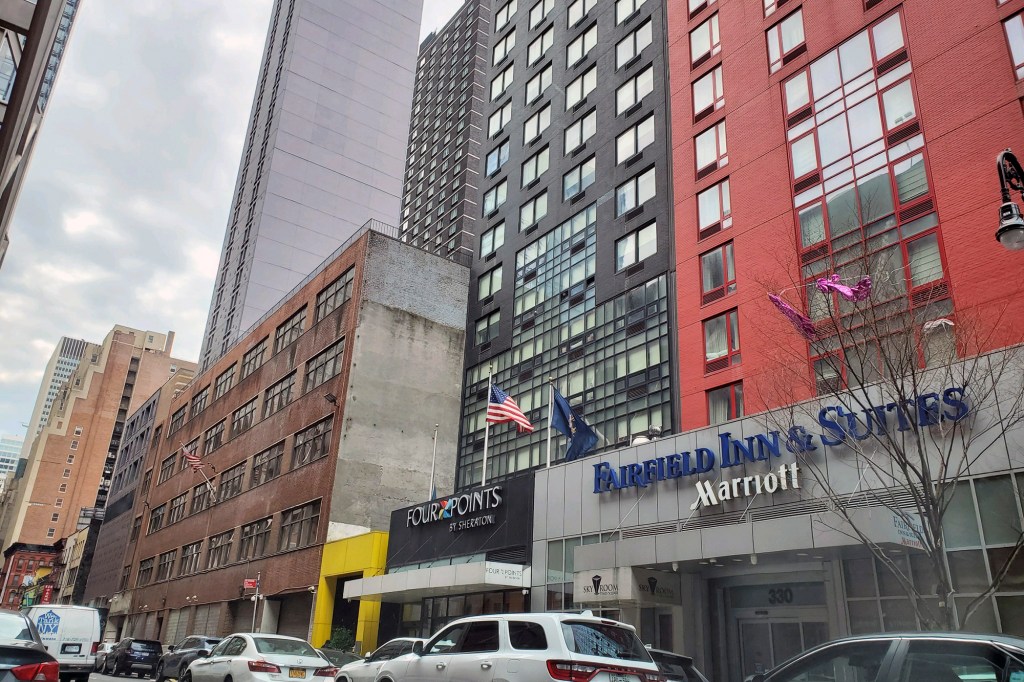 NYPD Commissioner Dermot Shea on Wednesday blamed the city’s homeless shelter system for playing a part in the brutal beatdown of an Asian woman — saying parolees don’t get the help they need to not reoffend.

The city’s top cop would not say whether Brandon Elliot — the 38-year-old brute who was caught-on-camera allegedly assaulting the 65-year-old victim on Monday — should have been let out on parole.

Elliot had been sprung on lifetime parole in 2019 after serving about 17 years for murdering his mother in 2002.

“That’s a question more for the parole board,” Shea said on PIX 11. “But what I would say is, people pay their debt to society. They’ve got to be given second chances.

He added that he has a “different perspective” as police commissioner — as he blasted the lack of resources at the city’s homeless shelters, where Elliot had been staying when he was busted for the broad-daylight attack.

“When you’re releasing people from prison and you’re putting them in homeless shelters, you’re asking for trouble,” Shea said. “There’s got to be a safety net and there’s got to be resources for them.”

He added, “Releasing people and putting them in homeless shelters — I’ve been harping on this for years now — and I think you just shake your head and say, ‘What could possibly go wrong?’ And this is what goes wrong. It just never should happene
Posted by JQ LLC at 12:00 PM

17 yrs for murder? That's a bargain to some. And by the way commish, you didn't say where these animals should be put.

Shea is a freakin' puppet of the boy mayor. End of story.

If we had the death penalty, the Filipina wouldn't have had that happen to her. End of story. Why is this so hard to understand?

Who remembers the days when these sic criminals where afraid to harm/disrespect the elderly or our young children ?

The NYPD pays the price for hotel owners getting rich off obscenely high prices paid to warehouse homeless with no services -- as do we all. This is a scam that needs a RICO investigation. Who is the developer of the hotel pictured? How much is he making. Follow the moneyl

Dermot you need to get rid of you vag and grow a pair of balls. Your a fucking coward and a disgrace to every cop that wears or has worn the uniform before you.

Hey DeBlaz. You are dumping prisoners in local community jails. Eat a bag of dicks

What is Shea talking about? This has nothing to do with shelters or their location. Why is someone with two violent felonies eligible for release/parole in the first place? Don't let violent felons out of prison! Simple. Or save taxpayer money and take George's suggestion.

Anonymous asked about ownership. Seems that Jeffrey Lam and his Lam Group of hotel developers owns a number of hotels. Not sure whether the ones pictured are in their portfolio, but here is an old article about their housing of homeless: