Another day, another easily avoidable setback for the city’s open streets program.

In the latest evidence that a tiny minority of increasingly aggressive opponents is seeking to stop the widely popular open space program, North Brooklyn volunteers announced that they are “suspending” their efforts to prop up the city program on Driggs Avenue and Russell Street in Greenpoint after all of the city-owned barricades were stolen by a man with an Amazon-branded van on Monday night.

A video of the apparent Amazon worker stealing the barricades was posted on Nextdoor, a neighborhood-focused website, and downloaded by Streetsblog into a handy video (which we shared with Amazon, which has not responded to our request for comment)

The open streets suspension — announced in a tweet on Tuesday morning — came on the heels of an earlier two-day suspension after a North Brooklyn volunteer being assaulted, two Department of Transportation workers being berated at a meeting, and equipment was vandalized

Streetsblog has reached out to the DOT for comment and for an explanation of what comes next for the beleaguered open streets initiative. The program brought miles of recreation space to COVID-stricken neighborhoods during the height of the pandemic, but has lost steam as the mayor has promised that it would be a “permanent” fixture of the cityscape, yet has not announced any plan beyond relying on volunteers.

Transportation Alternatives condemned the theft but said it was easily avoided — if the DOT stepped up its game.

“Open Streets require infrastructure that can’t be stolen, can’t be destroyed, and can’t be tossed aside by entitled motorists,” said Erwin Figueroa, the director of organizing for the safe streets group, which has previously urged the mayor to do better. “Permanent infrastructure is what the Open Streets Coalition has been demanding from City Hall. We need Mayor de Blasio to move with much greater urgency, especially after the violence and vandalism over the past week, to implement the permanent solutions that will secure the success of the program. Any delay will cause these unacceptable incidents to escalate and for an extraordinarily popular program to be jeopardized.”

If Bikeblog and the bike zealots really want this to stop, they should delete their Amazon accounts. And maybe reach out to the tower people near them and demand they delete theirs too.

Gersh Kuntzmen of Streetsblog deleted all my comments and marked a lot of them as spam for some reason. Even though my comment was visible for about 2 days. Just like with twitter, this sniveling coward and editorialist and even their puny readership will fabricate accusations against anyone having a dissenting opinion to their stories or even to respond to others. Truly sickening times we are living in. 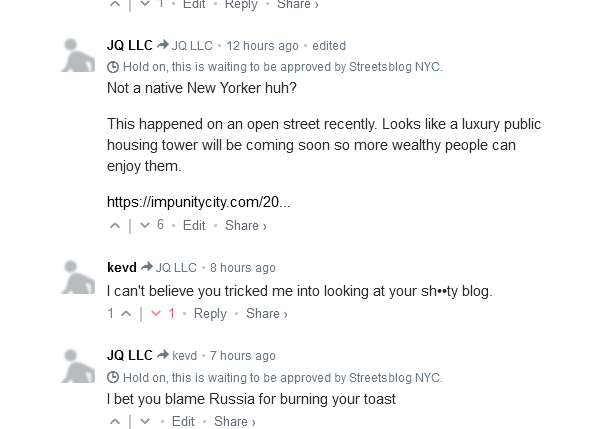 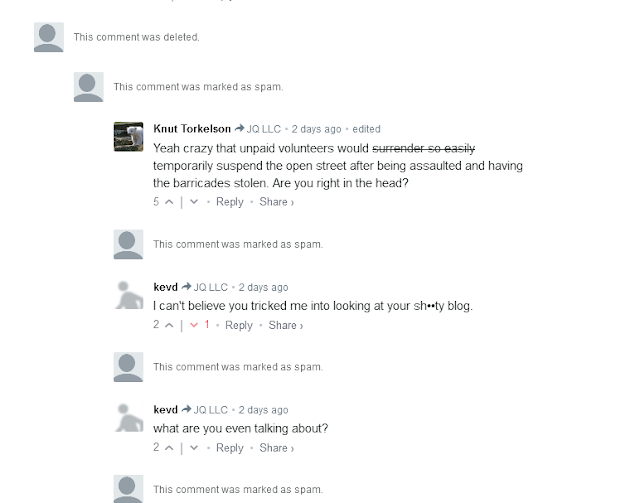 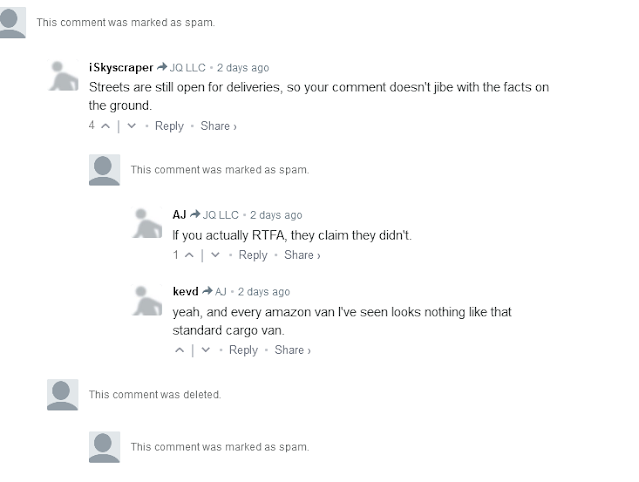 Although Gertz apparently thinks that the comments saying that the guy who removed the barricades was NYPD has unquestionable credibility. My response to this hysterical theory was memory holed because I blamed Amazon. 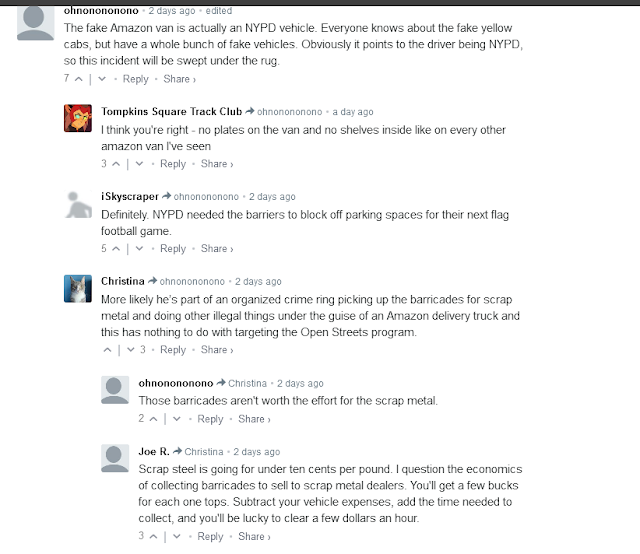 Looks like Bikeblog is trying to throttle my comments by having me log in to disqus again and also put a 7 day waiting rule if I want to edit my comments. If anyone else has a problem trying to contribute to the discourse on their platform feel free to screen capture them.

Streetsblog wants NYC to turn into a communist utopia.

The funny thing is they were probably taken to be sold for a quick buck, and the guy taking the barriers probably doesn't give two shits about the open streets program.

Isn't that the exact opposite of the truth?

Ain't Bikeblog's framing and phrasing hilarious? It's like Pravda with pedals and a rusty chain.

Bikeblog, Bike Zealots, NYC radicals all endorse Erich Honecker for NYC Mayor 2021! Not only that, just like BDB, we will have to deal with Honecker's wife, "the purple witch" also.

Moe said...
"Isn't that the exact opposite of the truth ?"
Just like CNN ! This is a must watch trust me.