The Lefferts Blvd. bridge isn't over for small businesses 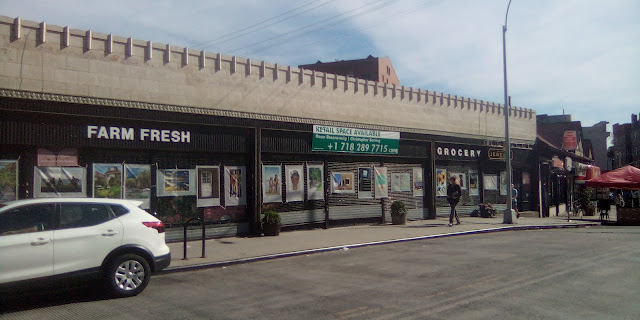 Assemblyman Daniel Rosenthal and Senator Leroy Comrie on Tuesday, March 30, announced passage of their legislation to protect the character of the Lefferts Boulevard bridge amidst restoration, and to give protections to existing small businesses atop the structure.

“The Lefferts Boulevard bridge serves as both a historic landmark and a community hub for Kew Gardens,” Rosenthal said. “Over decades, the diverse small businesses along this corridor have been entrenched in the civic and cultural life of our neighborhood. To destroy their livelihoods without cause during a pandemic is both unconscionable and preventable. I am grateful for the partnership of Senator Comrie and all the advocates who worked to bring this issue the attention it deserves.”

Since the late 1920s the Kew Gardens Lefferts Boulevard bridge over the Long Island Rail Road has been home to mom-and-pop stores that give the town its character and serve the shopping needs of the urban village in the city.

In October 2020, the MTA, which owns the property, announced that the compromised structural integrity of the storefronts atop the bridge would require major capital investments. The MTA introduced a request for proposal (RFP) for a new master leaseholder to manage the stores on the Lefferts Boulevard bridge with no provisions for existing tenants.

According to Save The Kew Gardens Coalition, a broad-based group of civic and resident organizations and Kew Gardens businesses, the RFP also specifically stated that the stores will be delivered empty. Existing small mom-and-pop stores who have served the community for over 20 years and are already hit hard by the pandemic would be forced to close under these conditions.

To save the stores which are central to the neighborhood’s economic life, Kew Gardens community organizations partnered with the Mutual Housing Association of New York (MHANY), a nonprofit housing and commercial property development organization, to submit a unique response to the MTA’s RFP.

“The Lefferts Boulevard Bridge has suffered from years of MTA mismanagement. Because of this neglect, approximately $11 million in capital improvements will be required for the buildings, and an additional $5.5 million will be necessary to repair structural work on the bridge,” the organizations said in a petition that was shared in January. “The MTA expects the master lessee to bear the considerable cost burden of these repairs even after the city has given money to the MTA in the past to make repairs to this structure.”

Our elected officials actually accomplished something!

But something that shouldn't have needed to be done!

Who the hell thought that was a good, much less a just, idea? They need to be fired or moved into another position where they can't make such livelihood ruining, neighborhood wrecking decisions.

Any punishment for the master lease holder who let it all go to crap? Didn't think so.