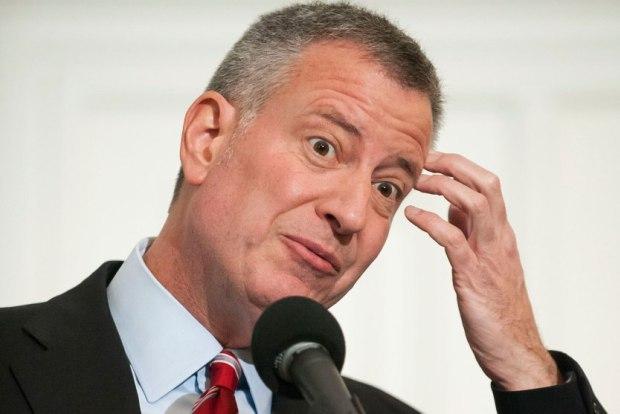 New York City will scrap the controversial “two-case” rule that temporarily shutters school buildings when two or more COVID-19 cases are reported within the same week — but haven’t yet decided what guidelines will come in its place, Mayor de Blasio announced Monday.

“We’ve come to the conclusion it’s time for a change,” Hizzoner said. “We will be replacing the two-case rule, and in the coming days we will be announcing a replacement rule.”

The two-case rule closes school buildings for an initial 24 hours if cases from different classrooms were reported and keeps them shut for 10 days if disease detectives can’t find a link between the cases.

The directive has come under increasing fire from parents, politicians and health experts in recent months as overly restrictive.

De Blasio promised Monday the new rule will result in shuttering fewer schools. But he offered no details on exactly how schools would make decisions about whether to temporarily shut down because of multiple COVID-19 cases.

“We’re going to work with the unions that represent all school employees on the new rule,” he said.

United Federation of Teachers President Michael Mulgrew has been staunchly opposed to changing the two-case rule, arguing that it is among the safety measures that has helped prevent outbreaks in schools.

In a statement Monday, Mulgrew said “a proclamation is not a plan. The city can’t change the two-case rule without Albany’s approval.” 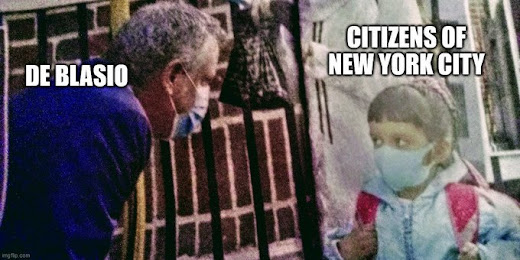 The Great Mayor of NYC ! Elected into office twice by Meatheads !