Minus one in the House 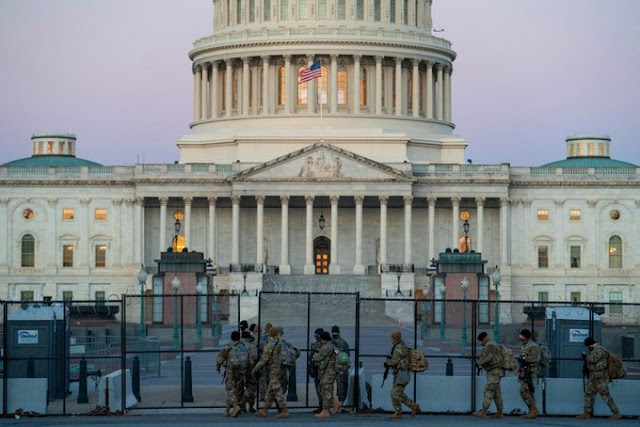 Missed it by that much.

New York will lose one seat in the House of Representatives next year based on population data released by the US Census Bureau on Monday — and was just 89 residents short of keeping all of its seats.

The Empire State’s delegation will shrink from 27 to 26 as a result of the 2020 census, officials said.

How voters’ districts will change won’t be known until August at the earliest, when more detailed census data is expected.

New York is one of seven states poised to lose a seat in the House. The others are California, Illinois, Michigan, Ohio, Pennsylvania and West Virginia.

The once-a-decade national head count determines how the 435 seats in the House are divided among the 50 states based on the population changes recorded.

With the stupid ass representatives everyone in this state loves to elect, the less of them we can send to Washington, the better.

And Bolsheviks in Congress.

Dear little NYC Leftist Snowflakes here is somthing for you to read !
In a constitutional republic everyone’s voice matters because it’s we the people. In democracy it’s we the majority, as in might makes right.

Best news in a long time !

Come on Man!!! We all knew this was going to happen.

So Cuomo killed 89 people too many..

You'd have to have a heart of stone not to laugh at NY, all well deserved.

You can clearly see by the thousands of U.S. military troops surrounding our Capitol and protecting the Communists inside,(from what?) that the People have been asleep at the switch. Totalitarianism is alive and well and will be coming to knock on your door soon.

This doesn't surprise me. Many of the DSA candidates are race baiters of the worst kind.

Don't celebrate just yet. We don't know which seat will be redistricted. It's highly possible that the commies on the redistricting commission will jettison a Republican district.

There is word that they will now enact a "bi-partisan" commission to handle the redistricting. Don't hold your breath.

Why would anyone be loyal to a moron who abandoned all his supporters once he lost his seat?

I have no problem with him hightailin" it outta here for a cushy $$ lobbying job once he lost but I just can't get being loyal to a guy who was never loyal to anyone but himself.

Manton must be turning over in his grave. He was the last of the true greats but Crowley was the worst decision he ever made.

Born and raised in NY,SO FUCKING GLAD I MOVED OUT OF THAT 3RD WORLD SHITHOLE,have a nice day to those who are still there.

When the pendulum eventually swings back it is going to be devastatingly beautiful !