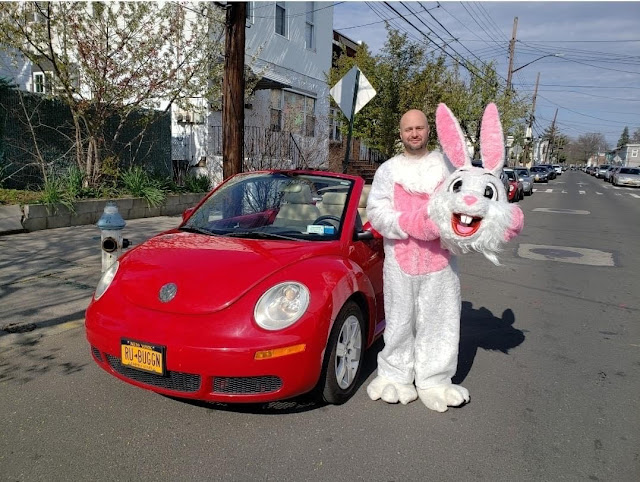 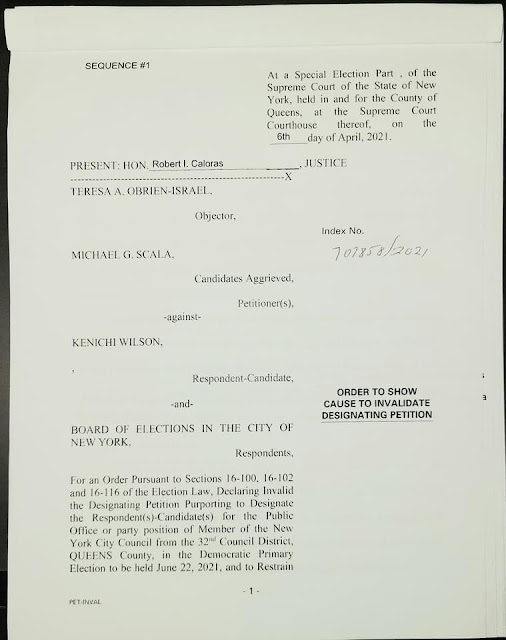 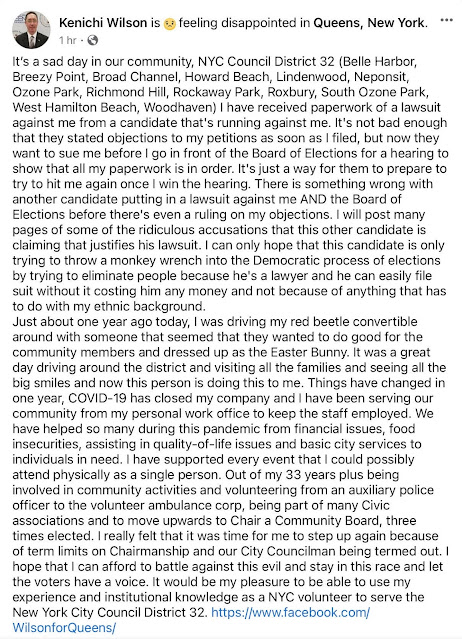 Scala aka Pizon, his rap video name, is a low-life opportunist.

"Politics in Queens is a blood sport"

Nu, so what's bunny candidate suing this guy over?

❝Voting gives consent to profound, political criminals to continue to fleece all of you politically indoctrinated 'SHEEPLE' like human cattle——ALL the way to the blood red gates of the abattoir. You DO NOT have to be livestock for criminals and archaic, party-machine-failed cults AND Mafia crime family rings. Nobody ever CHANGED the MAFIA——by JOINING IT!❞ ——Anonymous

❝Voting has become a farce, if indeed it was ever anything else. By voting, the people decide only which of the oligarchs pre-selected for them as viable candidates will wield the whip used to flog them and will command the legion of willing accomplices who perpetrate the countless violations of the people's natural rights.❞ ——Robert Higgs

❝The political system, as many Bernie Sanders supporters are about to discover, is immune to reform. The only effective resistance will be achieved through acts of sustained, mass civil disobedience. The Democrats, like the Republicans, have no intention of halting the assault on our civil liberties, the expansion of imperial wars, the coddling of Wall Street, the destruction of the ecosystem by the fossil fuel industry and the impoverishment of workers. As long as the Democrats and the Republicans remain in power, we are doomed.❞ ——Chris Hedges

❝The problem is not only liberals who are not liberal; it is also conservatives who are not conservative. It is a court system that has abandoned justice. It is a Congress that does not legislate, but instead permits lobbyists and corporations to write legislation. It is a press, desperate for advertising dollars and often owned by large corporations, they does not practice journalism. It is academics, commentators and public intellectuals who function as shameless cheerleaders for the neoliberal and imperial establishment, and mock the concept of independent and critical thought.❞ ——Chris Hedges

FINALLY, you cannot argue with slaves who don't even acknowledge their shackles to an entrenched, hyper-corrupt, corporate obedient, establishment-rigged, party-machine-failed duopoly whose only purpose is to hasten the proletariat, plebeian and rank and file's demise.