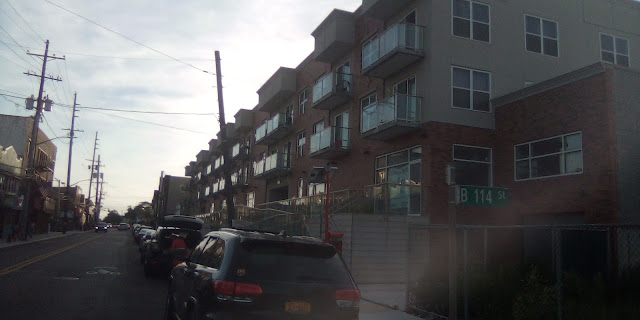 So, you didn’t hire a real estate broker, but you’re paying fees for one anyway? It may feel like robbery, but the longstanding practice is completely legal.

A state Supreme Court judge in Albany Court ruled April 9 that the Housing Security and Tenant Protection Act of 2019 did not prevent landlords who hire the middlemen from passing off the financial burden to their tenants.

The argument was raised after real estate representatives challenged a February 2020 New York Department of State guidance memo that stated, “A landlord’s agent that collects a fee for bringing about a meeting of the minds between the landlord and tenant (i.e., the broker fee) from the tenant can be subject to discipline.”

The Real Estate Board of New York and the New York State Association of Realtors filed an Article 78 petition to overturn the guidance, claiming that the 2019 legislation did not clearly restrict broker’s fees from being placed on tenants.

After a year, the court sided with the landlords.

“The guidance was issued in error of law and represents an unlawful intrusion upon the power of the Legislature and constitutes an abuse of discretion,” acting Supreme Court Justice Susan Kushner wrote in her decision.

The bill, sponsored by state Sen. Andrea Stewart-Cousins (D-Yonkers) and Assemblymember Carl Heastie (D-Bronx), prohibits landlords from charging application fees, except for the cost of background checks, credit checks and monthly late fees. Furthermore, the legislation defines rent to exclude extraneous fees and charges to protect tenants from eviction due to failure to pay fees. There is no specific mention of “brokers” or “agents.”

Even renters who find apartments on their own may still be subject to broker’s fees, which can sometimes be as high as 15 percent of the annual lease, often paid in one lump sum by tenants before they’re handed the keys over.

REBNY President James Whelan celebrated the win over the DOS’s “erroneous interpretation,” stating that the decision ensures commission for thousands of real estate agents across New York who no longer have to fear being disciplined at the hands of the DOS.

Michael Johnson, the communications director at the Community Housing Improvement Program, said that even if the ruling hadn’t gone in the landlords’ favor, the prices for brokers could have been reflected in rent instead.

“What the ruling really does more than anything is help boutique, smaller brokers and small property owners to keep rent lower,” Johnson explained. CHIP members are mostly small- to medium-sized multifamily landlords, while REBNY represents some of the city’s biggest developers.

Brokers fill a need for both tenants and property owners, Johnson said, especially prepandemic when the housing market was tight. With limited options, prospective renters may have had a difficult time finding dwellings that fit their needs at an appropriate price, he said.

If Kushner ruled against fees for broker services, Johnson said, it could influence a change in the market force — rent would jump for new tenants because agents would still be used.

Including brokers’ cost in rent rather than as their own fees would not affect rent-stabilized dwellings, which Tenants Political Action Committee Treasurer Michael McKee pointed to as an example that jacking up the rent would not be the viable alternative Johnson says it is. Landlords would welcome any chance to raise rent, he added.

“This has been a giant scam. It’s been going on for years. It’s basically extortion. It basically means if you want to rent an apartment you have to pay a bribe,” said McKee.