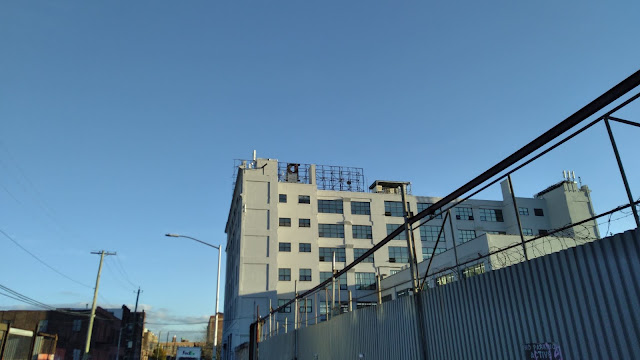 The bill, called the “Housing Our Neighbors with Dignity Act,” looks to allow the state to purchase and acquire distressed commercial real estate, like office buildings and hotels, which it would then sell or transfer to entities that would “guarantee affordable, habitable, and environmentally sustainable housing to asset-limited, low-income individuals and families.”

The proposal was introduced in the State Senate earlier this month by Queens State Senator Michael Gianaris, and comes in the context of a coronavirus-driven shift to remote work that has left many office buildings half-empty as well as a historic drop in tourism that has devastated the hotel industry.

The measure has support from both advocates like VOCAL-NY and the Legal Aid Society, and Assembly Speaker Carl Heastie recently signaled support for the proposal. Governor Andrew Cuomo also put forward a similar idea during his State of the State address in January, though Gianaris has criticized the governor’s proposal as offering insufficient requirements for affordable housing.

But groups that represent the city’s Industrial Business Zones (IBZs) fear the legislation, along with another bill that would permit the conversion of class B hotels to permanent residencies, could prompt residential growth in areas primarily set aside for manufacturing, making them less hospitable for industrial businesses whose jobs they say the city desperately needs.

“We understand the pandemic has been awful for low-income communities and particularly for the homeless,” said Leah Archibald, executive director of the Evergreen Exchange, which supports industrial businesses in North Brooklyn. “We agree it’s necessary to engage in creative solutions to address this crisis. But we’re really concerned about the potential for unintended consequences.”

In the decade preceding the pandemic, hotel development expanded rapidly in the city’s light manufacturing zoning districts (M1 zones), driven in part by rapid growth in tourism and the relative permissiveness of the M1 zoning framework (some of those hotels have also been used as homeless shelters).

From 2005 to 2015, the city lost about 18% of its industrial space to residential and commercial uses, according to numbers cited by the Southwest Brooklyn Industrial Development Corporation (SBIDC). That loss prompted fears that hotels would crowd out manufacturing businesses, which some elected officials argued offer higher-paying jobs and upward mobility to workers without college degrees.

In late 2018, the City Council controversially approved legislation that required a special permit to build new hotels within M1 districts, which has essentially halted hotel growth in those areas. A similar restriction on self-storage units in Industrial Business Zones was approved earlier that year.

But about 13% of the city’s existing hotel rooms are already in M1 districts, and representatives for manufacturing businesses worry those hotels, as well as commercial office spaces, are ripe for residential conversion.

Permitting the conversion of office and hotel space into permanent housing “would have a particularly harmful effect on industrial areas, where the bulk of class B and C office space and hotels of this relatively small size are located,” SBIDC wrote in a template letter that it is encouraging member businesses to send to elected officials.

Given the needs of the city to facilitate an equitable recovery, the letter reads, “any further loss would signal to the market that the city’s Industrial Business Zones are unprotected, open to speculators, and would represent a permanent loss to the stock of industrial real estate and jobs.”

Absolute insanity.
Who cares about these Criminals ? The streets are not safe.
If you don't see what's going on you are Blind or brain dead !

Cops are looking for a man who could be seen on video slugging a 75-year-old woman in the face in upper Manhattan on Sunday. NYP

This can easily be stopped - let the Vallonians in Mystery Man Gianaris district know this will impact THEM - Ravenswood, Steinway, the BQE - there are lots of places in his district that can be converted. Hell, they can even do this to the Amazon location he derailed.

What a great idea for Hudson Yards. It's a failed disaster that is going nowhere.


End of the line,
out of sight
out of mind.

Could these be AOC's "Influx" Facilities for NYC ?

Have you Seen who is
Reforming Ithaca, New York ?

Have you Seen who is Reforming Ithaca, New York ?

Giving it's Ithaca, I assume it's college students safely living hundreds of miles away from the big cities.