The flaw in the matching funds law 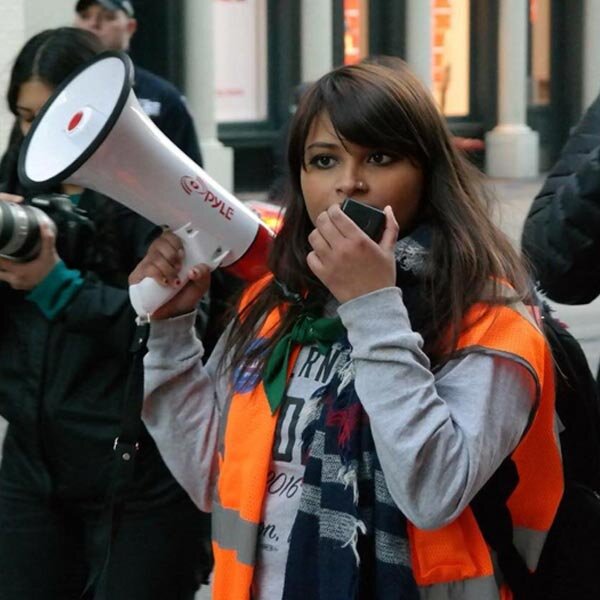 After taking in more than $134,000 in public matching funds, Moumita Ahmed received about 15 percent of the vote and finished a distant second in a February special election for Council District 24. Earlier this month, she received another $52,569 in taxpayer cash as she runs in the June primary.

In the process, Ahmed’s campaign has emerged as something of an avatar for opposition to the city’s current public matching funds system, which has so far poured $26,657,242 into candidates’ campaign accounts, with primary day still two months away.

“We really need to reevaluate the prudence of spending public funds at these rates for what I believe are vanity projects,” said political strategist Patrick Jenkins.

Jenkins specifically questioned candidates who receive matching funds and spend a significant amount of money on out-of-state consultants. Ahmed, for example, paid a South Carolina-based consulting firm more than $95,000 leading up to the special.

“There should be some kinds of procurement rules,” Jenkins said.

The program is intended to incentivize small-dollar contributions from everyday New Yorkers, rather than the wealthy or influential special interests.

But critics say some candidates are exploiting the program to raise their own profiles in quixotic quests for public office.

“For $52,569 this city can pay for a voucher to house a family of four for two years, Instead it’s doling out matching funds to candidates who get more Twitter likes then votes and claim there’s a conspiracy to stop them,” tweeted Jay Martin, executive director of the Community Housing Improvement Program after Ahmed shared news about her latest matching funds haul.

Candidate Shaun Donovan’s long-shot bid to replace Mayor Bill de Blasio next year got a financial shot in the arm Thursday when the Campaign Finance Board voted to award nearly $1.5 million in public matching funds after receiving sworn statements that a super PAC bankrolled by his dad was not coordinating with his campaign.

Last week, the CFB withheld matching funds to Donovan after saying it was investigating the relationship between the campaign and an independent group seeking to boost the former Bloomberg and Obama insider’s flagging bid for City Hall.

Campaigns are barred from coordinating with outside groups.

Donovan served as housing director to former Mayor Mike Bloomberg and later served in the Obama Administration, first as housing secretary and then as budget director.

The CFB said Thursday it had received sworn affidavits from both Shaun and Michael Donovan assuring that there was no coordination between the campaign and the independent expenditure group, which is nearly entirely bankrolled by the candidate’s dad to aid his campaign.

“After reviewing additional information, including statements from Shaun and Michael Donovan, the Board voted to approve a public funds payment to the New Yorkers for Donovan campaign today. The campaign will be subject to an ongoing, post-election audit, just like all campaigns in this election,”. said CFB chairman Frederick Schaffer.

This is total chaos. It's asinine that this money is being used during a pandemic.

Let's not forget how she crashed a black lives matter rally last year in order to further her own district leader ambitions. Many blacks in Queens don't really care how much money Weprin took in PBA donations because they don't want LESS police, they want BETTER police and that might actually cost more money and political capital to do.

As a taxpayer I’ve got to pay for any upstart ...no chance of winning.....wannabe candidate?
Liberalism gone berserk!!!!
Matching funds....indeed!
Waste of money to satisfy leftist egos!

As someone who voted for Jim Gennaro for the fourth time last February, I think matching funds are generally a good idea. Lord knows Jim could have used 8:1 matching back in 2001, when he was the long-shot candidate. You don't know who's the vanity candidate until the race is run and the votes are counted. Just because a slimy grifter like Ahmed can also take advantage of it to send money out of state doesn't automatically make it bad.

Aside: Since Ahmed is claiming there's some sort of conspiracy against her, it's worth nothing that she's the main reason Gennaro did so well in the first round. Jim couldn't have asked for a better opponent. The race would have been a lot closer without a race-baiting socialist scaring all the folks who grew up in communist countries into turning out to vote against her.

Oh you mean Jim Gennaro follower and devotee of the sex pest sleazy cult guru Sri Chinmoy? What happened to term limits? Why is he still in office?