Juan Ardila: The arc of a woke campaign 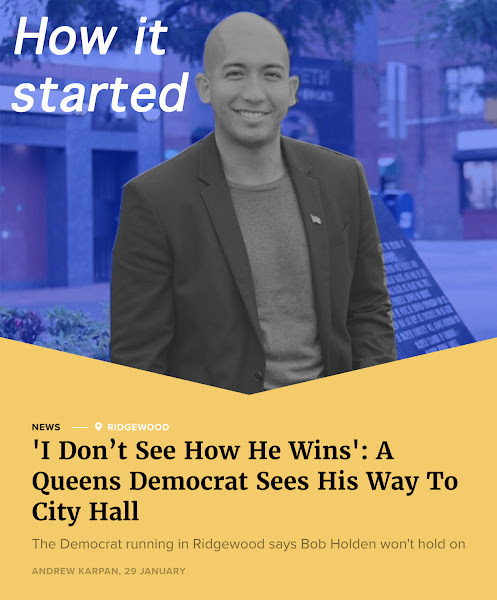 Whoa, tough words, there! You seem like a rather confident candidate. Great job landing this all important interview with a Bushwick publication which is in a different borough from where you are running. Hey, you gotta start somewhere! 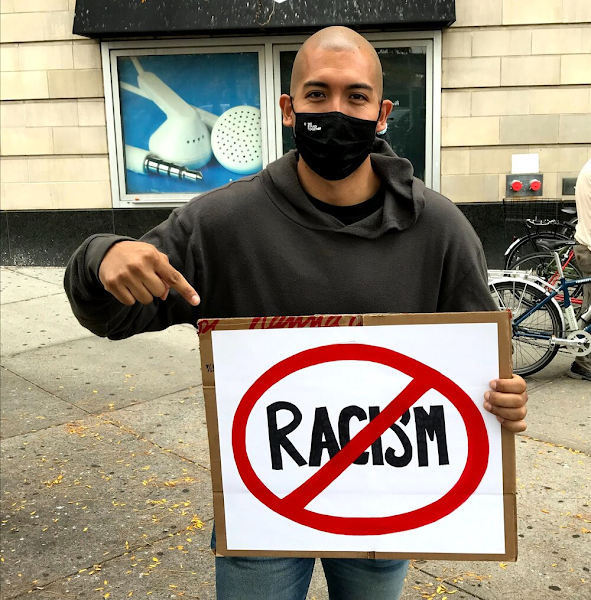 Great form showing up at an "anti-racism" protest outside your opponent's house. That'll show everyone just how seriously woke you are! 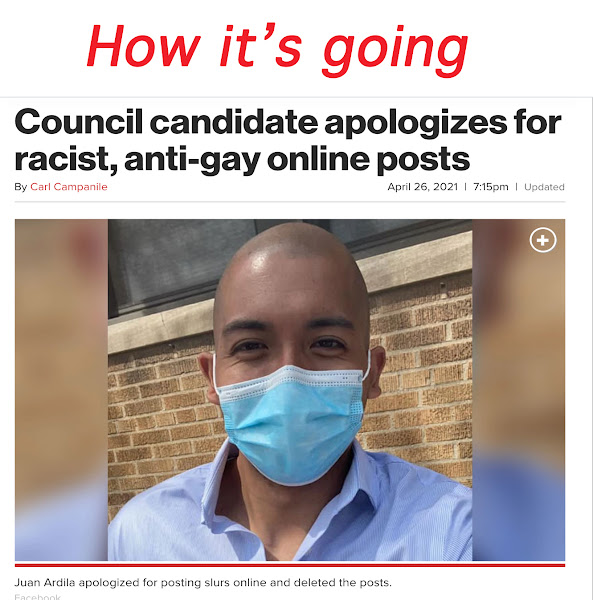 “Chinese Americans denounce Juan Ardila for the use of the highly racist ch-nk and n-word, and the flagrant disparagement of Jews, women, gays and lesbians,” said Wai Wah Chin founding president of the Chinese American Citizens Alliance of Greater New York.

“A candidate for elected office showing such blatant sexism, racism and bigotry is despicable and horrifying. It is precisely this kind of hateful speech that leads to hateful action, to horrific attacks against Asians and other groups, such as the vicious attack in East Harlem two days ago that left a 61-year old Asian man in a coma.

Hey, at least he is an equal opportunity hater! Mental note to future candidates: Delete blatant bigotry from your social media prior to campaign kickoff...

Now where are the statements from the following tweeders? 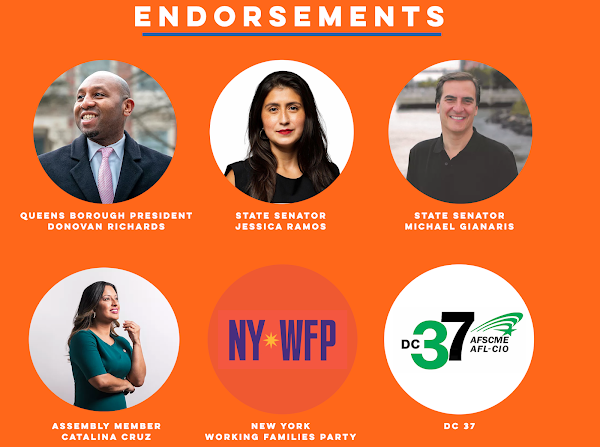 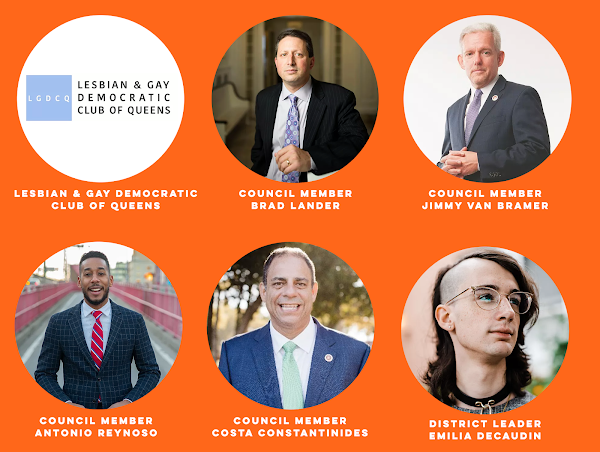 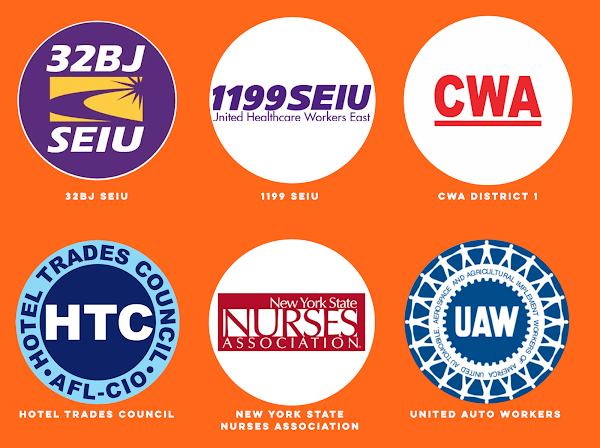 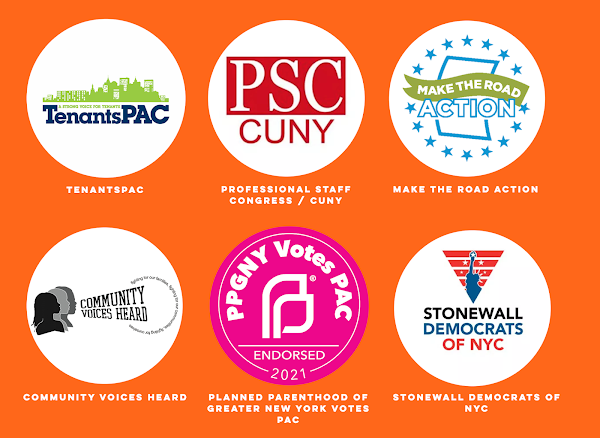 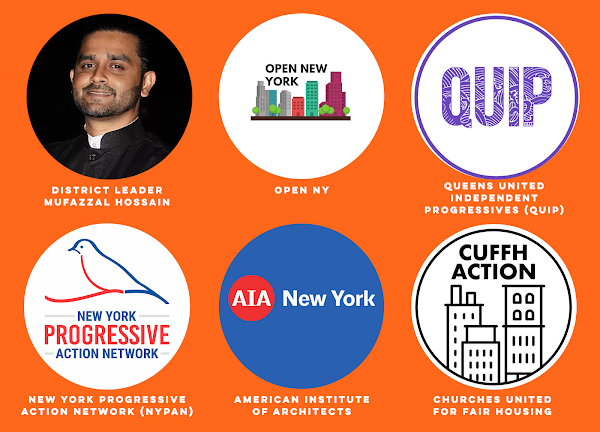 That's a really impressive list of "like-minded" individuals and groups, there, Juan! Congrats!
Posted by Queens Crapper at 8:34 AM

If he was a republican, with the lefts 6 degrees of separation rule, if you ever drove a car, worked as a nurse, went to any CUNY, was ever in a church or knew someone that had an abortion, you would be labeled a racist. Now that it’s one of them ACTUALLY saying it nobody says anything. I would like to hear comments from his endorsements.

This "Woke" clown is legend in his own Racist mind !


Might as well call out Open New York, whose fauxgressive woke and luxury public housing promoter CEO Ben Carlos Thyhpin is embroiled in a sexual harassment lawsuit involving his partner who constantly hit on and abused a woman employee. He also was the very fortunate recipient of PPP loans for his very small personnel real estate company in Midtown at the start of the pandemic while most building offices were closed from the lockdown.

I'd be hard pressed to see an official like Sen. Ramos, once a dedicated aide to our idiot mayor, rescind her endorsement for this charlatan after the honest graft she pulled moving into a new office after a community refrigerator got destroyed.

ahh the Democrats, cop-hating, fetus-destroying Stalinists, living in their own world.

I'll save everybody the trouble giving that shitty yellow journalism Bushwick blog clicks because of their and Ardilla's reprehensible and abominable correlation of Holden to the social media troll and ammo hoarder who got tied to the Jan. 6 capitol invasion.

"A confident 26-year old NYU graduate who’s lived in Maspeth his entire life, Ardila is running against Holden in the election this November and, as he sees it, Holden doesn’t stand very much of a chance at seeing a second term. Ardila won’t mince words about the man whose seat he expects to take and who he labels a “far right-wing extremist.”

The arrest last week in Queens of a self-identified ‘Proud Boy’ accused of stockpiling ammunition and plotting to execute Democratic politicians speaks to the kind of people that Holden represents, Ardila added. Eduard Florea, the 40-year-old software engineer nabbed by the FBI, lives only blocks away from Holden’s Middle Village home. Like the alleged extremist the FBI found posting in Ridgewood, Florea had been a vocal online supporter of the rioters who showed up at Capitol Hill earlier this month and this, Ardila said, seems indicative of the mindset of the typical Holden voter in the district.

“[Holden] represents the same folks that went to riot at the Capitol two weeks ago,” Ardila says.

Also the blog's hilarious and nauseating stanning of Bill de Blasio (I always wondered about the idiot mayor's base) who thinks an elected official holding the Blaz accountable for his policy and budgeting decisions, in fact the ONLY one in City Council, is akin to petty obsessive trolling.

"Holden’s office did not respond to a request for comment, though he condemned Florea in vague terms to a reporter at the Queens Daily Eagle. ("Anyone who threatens or commits violence, or who is in possession of illegal weapons, should be arrested.”) What Holden, who announced last year he would seek re-election in a video posted to his Facebook page, does have working against him is the disappearance of his primary rhetorical rival: outgoing Mayor Bill DeBlasio, who has occupied ample mental real estate during Holden’s short political career. Before he was elected, Holden got his name in press clippings by pulling stunts like gathering a group of angered residents in 2016 to bang on kitchen pots outside the home of a DeBlasio aide. When he did run, Holden also ran on a party line he invented called Dump de Blasio. (“I don’t know the guy, I’ll try and work with him,” DeBlasio told reporters when asked about Holden after his surprise win.)

Also befitting a comparison with the former President, Ardila says that Holden’s personality stands in the way of his capacity to get anything done. (On the matter of Trump, Holden claims to have voted for Bernie Sanders in 2016.)"

And now the deliciously ironic spoiler:

"Ardila adds that he's unconvinced by one of Holden’s more recent and softer fights, an effort to push city council to create a committee devoted to animal welfare, which Ardila calls “100%” a political masquerade, a notion that Holden's campaign also disputes, calling this effort "a natural progression of Bob's lifelong concern for animals." While he lost the Democratic primary to Crowley in 2017, Holden continues to identify as a Democrat, though Ardila has his doubts: "One minute he’ll say he’s a Democrat, the next he’ll say he’s a Republican. It just shows that he has no ideology and no real values or moral code."

“He’s trying to cover up what he’s [been] doing for the past four years,” Ardila adds.

Get a real job and get lawst, Juan.

Jan 6th Capitol Invasion? When did that happen? They were invited in and left through the velvet ropes. Propaganda much?

Juan's comments don't surprise me. Many of these progressives are race baiters of the worst kind. They don't get that if they make literally everything about race, then nothing is.

This happens so often, I'm starting to wonder if all these people claiming that our city is wracked with racism are just projecting.

I suspect "anti-racist activist is secretly bigoted" will soon join "family values politician is closeted homosexual" and "male feminist ally is actually a sex offender" in the list of hypocritical modern political archetypes.

Here goes the Cranky Commies complaining again. What, no hair dressers appointments to attend to? Really now, he's the machinery's choice, you voters, have no say in the matter. The machinery has spoken, now get back to work you wage slaves. Oops, no jobs, okay then get back to waiting on the food pantry line. If you don't get behind the Democratic machinery's choice, we'll just have to ship in undocumented, illegal immigrants, aliens, call them what you like to replace you , they'll vote for our guy. And look how happy they are.

Juan is the kind of people the democrats fall behind when the Democratic Organization of Queens County is weakened. We lost our opportunity to keep Queens free of these miscreants when Joe Crowley lost to AOC in 2018.

Joe Crowley is a bum who turned on his own-

He seems like a tough guy. He'll just take this one on the chin.

Juan is not "the kind of people the Democrats fall behind..." Juan IS what the Democrats have become both nationally and locally. You white dinosaurs out there still think you belong to the party of JFK. The Democratic Organization of Queens County is not "weakened"; it has fundamentally changed just like the national party. How much longer is the woke mob from Western Queens going to tolerate Reich and Bolz running the place? It's lights out for the party you once belonged to. Don't let the door hit ya in the ass.

I needed that laugh - it cracked me up

All I have to say is.....AHAHAHAHAHHAHAHA

i love the campaign pics where they are staring into the distance at an angle.

If Juan Ardila loses, we will still have Moumita Ahmed and her bullhorn to crash black lives matter rallies ignoring the will of minority communities.

Asleep at the wheel Pops Biden is not helping the Dems !

It's agitating to hear the liberal media and our "educators" pushing ignorant agendas that contradict these common-sense realities. #DEFUNDTHEUFT

The Woke culture war is truly a sinister power grab. We need strong and good leaders to push back against this onslaught.

Is a woke racist a wokist?

This is the same clown who marched against the police. He belongs to the same group who ripped down flags that was hanging on private property, and burned them. I wouldn't be surprised if he was one of the people actually doing the deed.

I'm not surprised he's said all that. many of them are hypocrites. Scary he's even has a chance of winning. We better look carefully at who we put in office.

So shameful that PSC-CUNY, the union representing CUNY faculty and staff, endorsed him.

> How much longer is the woke mob from Western Queens going to tolerate Reich and Bolz running the place?

Thanks for reminding us of the one upside of the socialist takeover of the Democratic party - getting all these corrupt liars out of their entrenched positions.

The PSC-CUNY Union is now made up of mostly Krazy Leftist !
Just better pay and less work days then the Commie UFT woke nut jobs.

Even Pravda told the truth every once in awhile.

I'm starting to think that they're being dishonest

I'd rather have Reich and Bolz running the place then those socialist wackos that want to deny me the right to own property in Queens.

@Council District 19 moderate
How do you awake people to that ?
It's up to Gen Z... if they continue the Millennial Legacy of "proud fascist robot" it'll have gone too far. The only ones who wise enough to care will be out to pasture, there'll be no turning back.

THE ENTIRE DEMOCRATIC PARTY
IS IMPLODING, AND ITS INCREDIBLY AWESOME TO SEE