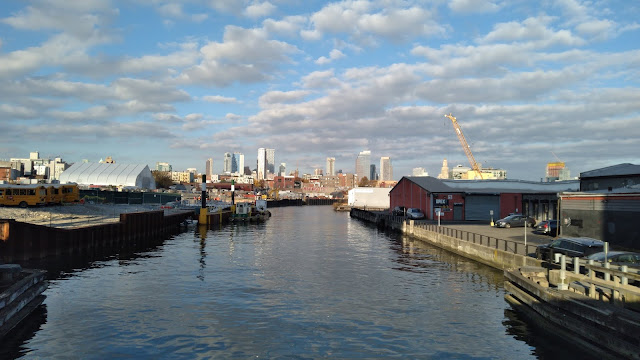 A Brooklyn Supreme Court judge allowed City Hall to move ahead Monday with controversial plans to build thousands of apartments near the Gowanus Canal, the site of one of the biggest pollution cleanups in the country.

Judge Katherine Levine made the ruling after the Department of City Planning offered to hold hearings for the proposal outside and virtually — instead of entirely by video conference, as officials had previously sought.

City planners have been pushing to rezone Gowanus since the Bloomberg administration — arguing the area would be far better served by building housing amid the city’s pressing shortage than by hanging onto warehouses, which have had little use since heavy industry moved out of the Big Apple.

Under the current proposal, developers would be allowed to build more than 8,500 apartments in the neighborhood — 3,000 of which would be rent-stabilized and set aside for low-income, working-class and middle-class families.

The exact income levels have not yet been determined. Officials estimate it could take until 2035 for all of the newly allowed buildings to be finished.

What's next luxury housing on Newtown Creek. Can't wait to buy there.

Nothing like the smell of fresh sewage every morning afternoon and night.

The hipster stooges will eat it up. Weren’t they calling it “the Venice of NYC?” 😂😂😂

Its doesn't smell and would make a great Venice on the Hudson.
You even have fish in that water now, if you paddle with at canoe on a hot summer night this rare plankton or something glows yellow- green when you paddle.
Its the same rowing in Maspeth creek, its a very unique odd feeling going from a bustling city to such an unique tranquility.
I'm not to sure about swimming in it, I use water sneakers

Geez...WTF are you smoking?
Worthless property!!!!

The planet is not in danger. People are.

Worthless property in its current state yes.
Build some bars, shops, food, camping, pedal boats, art fronts and marijuana CBD shops and you get a goldmine. Just like the East Village in the good old days 1965 or after the recession when Rudy G cleaned the city up.
The hipsters & Millennials blow money like drunken sailors in Bangkok on those things.
Why should Williamsburg and Manhattan get all the revenue and not Queens landlords.
Id put a stage, full bar, full FOH sound and backline there on a heartbeat reserved for quality bands. The city would never allow me unless I signed all these agreements to give "Hip Hop, RAP" artists & promoters equal time and use IATSE union to do things I can do myself.
I was the Stage tech then FOH sound Engineer at Jones Beach Theater. Tickets were $17 dollars at the box office (no Ticketmaster)----Till the crook county executive swooped in and handed the place to Clear Channel, the IATSE unions, Ticketmaster appointed garbage tipping and whatever other brand over the years so all could pretend "its not corruption & monopoly" (ticket prices then go from $17 to $120 and up)
The vendors at the 1964 Worlds Fair had the came corruption forced on them.
---F_ck no, I would never agree to put up with such shit!
I doubt anybody wanting anything quality would.