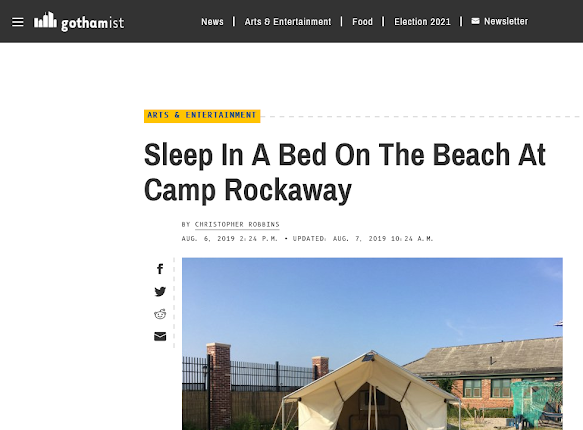 The lay offs were part of deeper cost-cutting at WNYC that impacted 14 positions or 4 percent of staff, across the organization as it copes with a dramatic fall off in contributions due to COVID-19, despite landing $8.9 million from the federal payroll protection program, the news organization said.

WNYC CEO Goli Skeikholeslami in a memo told to staffers that the station is entering fiscal year 2022 with “a sizeable deficit” as sponsorship funding plunged 27 percent compared to pre-pandemic levels. “And we cannot achieve our goals and meet our commitments while shouldering a fourth year of losses.”

Skeikholeslami said the cuts affected four jobs in news and 10 in other departments. The company also implemented a series of other cutbacks, including the “freezing of pay hikes for employees making over $100,000, cutting retirement contributions to the 403(b) plan by 50 percent from July through year end and capping vacation carryover days at 10 this year and five next year.”

“In aggregate, the actions we are announcing today reduce our deficit by $3 million for FY22, enabling us to get on a path to financial sustainability.  Without taking the additional cost-saving measures, the number of staff cuts would have been far greater,” she said.

Both Del Signore and Robbins were survivors of Gothamist’s near-death experience in 2017 when Joe Rickets, the billionaire founder of TD Ameritrade whose family owns the Chicago Cubs, pulled the plug on it and sister website DNAinfo.

Aw, I was looking forward to Robbins' follow up story of the big "open streets"mystery alleging the NYPD had something to do with throwing the barricades in Newtown Creek. Idiot.

Gothamist sux. They'll ban you from commenting if you aren't sufficiently left-wing in your opinions. Just another liberal echo chamber not to be missed.

Well the media in general doesn’t get that not everyone is a left leaning liberal. Not even have to be a conservative. But as cities burn I’ve learned most people don’t buy this BLM narrative. They just aren’t gonna say anything because they know they will be next on the hit list.

Gothamist commenters are typically young, non-native NYC losers who think canceling rent and other communist ideas will sufficiently destroy small investor capital and lift their self-esteem. Comments are sad and not at all entertaining.