Comptroller wannabe Brad Lander has a entitled need for speed 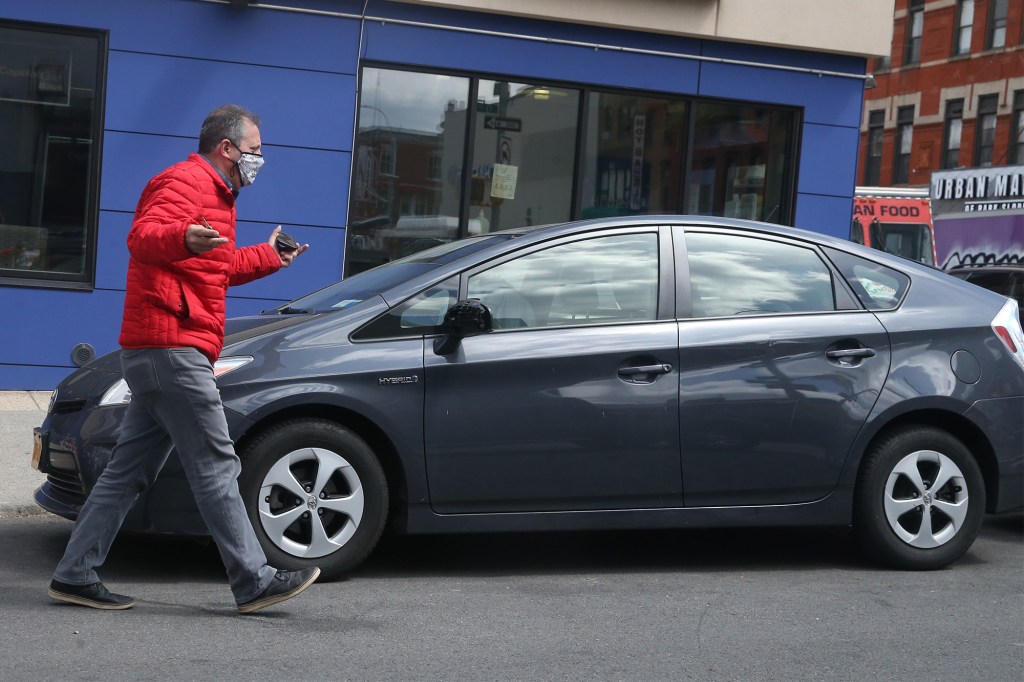 City Councilman Brad Lander — who’s crusaded against reckless drivers and pushed a law that lets the city seize their cars — has been caught speeding in school zones around the Big Apple eight times in the past five years, The Post has learned.

Lander’s lead foot led to tickets against him for going more than 10 mph over the speed limit in every borough except Staten Island since June 2016, city records show.

The liberal Democrat — who’s now a candidate for city comptroller — even racked up two violations in one week last month, one in Manhattan and another just blocks from his home in Brooklyn’s Park Slope.

In each case, Lander pleaded guilty and paid a $50 fine, according to information posted on the NYC Open Data website. But because the tickets were issued after Lander zoomed past automatic speed cameras, he wasn’t assessed any points against his license.

Under state law, speeding more than 10 mph over the limit carries at least four points per violation and drivers can have their licenses suspended if they rack up a total of 11 points in 18 months.

Lander was ticketed seven times between Oct. 25, 2019, and March 25, 2021, which is a period of less than 18 months, and would have resulted in at least 28 points if he’d been stopped by cops and convicted each time.

Meanwhile, The Post on Thursday found Lander’s Toyota Prius parked illegally on 13th Street in Park Slope, near his home, between 9 and 9:30 a.m, when street-sweeping regulations were in effect.

At one point, a Department of Sanitation street cleaning vehicle came by and was blocked from sweeping the curb.

Lander’s dark gray hybrid remained parked until he got in and drove away shortly before noon, even though there’s a two-hour meter limit on the block from 9:30 a.m. to 7 p.m.

Watch this bum squirm when he tries to simultaneously defend and absolve himself from his own reckless driving record. But what's really hysterical is how these fauxgressive council cronies are willing to eat each other to maintain the one-party establishment.

Moe said...
Thanks JQ we need to expose these hypocrites !

You mean to tell me career politicians don't keep their promises and just constantly lie? No way !

And as an added bonus he's a friggin' carpet bagger....

Why isn't streetsblog covering this.

Rules from thee, not from me.
One standard for the Demorat Party and another one for the rest of us !
"Twitter Refuses to Suspend LeBron James or Even Explain If Tweet Broke Policies"
https://www.youtube.com/watch?v=1Bni66DVknQ&ab_channel=H.A.Goodman

God help us if he's elected Comptroller. Comrade Lander will be impounding everyones cars because he doesn't like them, especially if, heaven forbid, someone drives a luxury car that they paid for with the money that they earn.

"Come on man I drive a Prius" Comrade Lander

Just another, do as I say, not as I do! But, a Democrat Liberal, so should get elected by a landslide in NYC.

"Should get elected by a landslide in NYC"
Yes by the many brainwashed Left CNN/Type viewers who lossed the ability to think critically.