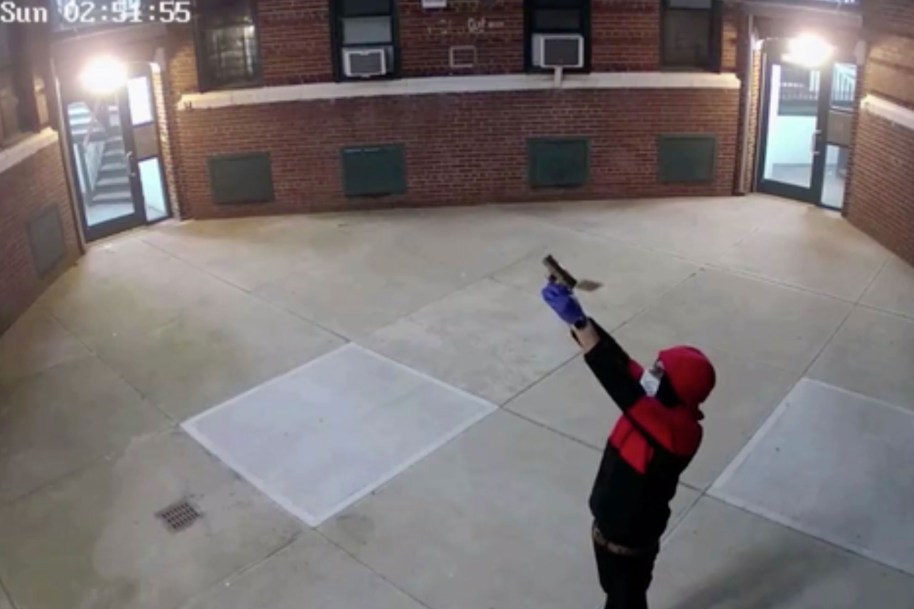 Has de Blasio, Speaker Cojo and the NY Council fauxgressive cronies ever given the thought that the reason Rikers is making C.O.’s work triple shifts is because solitary confinement has been cancelled and the only way to tamp down violence and keep order is to keep C.O.’s on duty for every minute and second that way they can justify these new supposed progressive policies? Even though it’s clearly not working? Even Jeff Bezos lets his Amazon FFC employees go home.

And while this FUBAR management is going on at Rikers, where is the NYC Jails Commissioner? Whose conspicuous absence after de Blasio put her on medical leave following the release of a fugitive killer that’s still on the loose has made her virtually unobtainable for comment?

Well thats what happens when you have a mayor who wants to sell our property to developers. He wants to let all the prisoners out so he can sell rikers off to developers. Then he allows the foreign developers to buy houses here just so they can rent to people who they have no clue about. So now you have a city just filled with trashy people while the rich get to live on their own island .....wonderful mayor dumbdumb. Not to mention, his ugly ass wife's "mental health program " that is just a waste of money. Mayor dumbdumb ALLOWED this city to go to SHIT. But the sheeple voted him in so you get what you deserve. Just wait until the sheeple make their next mayor selection then they will probably vote that corrupt idiot, yang into office next....the sheeple will never learn.

Moe said...
The public are ,as a rule, stupid! They don't care about anything, until it is at their front door! Then it's too late. God bless

debozio is well on the way trying to turn The Big Apple into Chicago.
34 people were shot and seven dead, over Easter weekend in Mayor "Beetle Juice" Lori Lightfoot’s Demorat Chicago.

@JQ LLC is being vaninshed from twitter
AOC One Of The Least Effective Members Of Congress was re-elected ?
Sheeple: people who are docile, compliant, or easily influenced : people likened to sheep
She’ll be more effective at enriching herself as an establishment demorat soon enough.
If tweeting got us something, we'd be swimming in gold... Twitter did you a favor !

I did and accomplished a lot more of twitter than I did on my blog and this blog too. Don't tell me how repressing my words and reporting (and that's exactly what it is), which I use for the aforementioned blogs too, is supposed to be doing me a favor.

Besides, Marjorie Taylor Greene just got her twitter account back after being suspended. Twice. Apparently, she thinks it's still an essential outlet to get her messaging across and no matter how disagreeable and obnoxious I find her, it's a good thing she's able to.

@JJQLLC
"Don't tell me how repressing my words" Chill son !
Yes your reporting and many left opinions are being repressed !
They should always be kept separate unlike the rag papers NYT and WoPo.

So in other words, Sodom is quickly becoming Gomorrah.

NYC Toilet Bowl City, U.S.A.
It is one crap after another crap !

Oh they're just "marginalized people" as the media calls these thugs beating Asians.

Good people need to get out of the cities.

>Good people need to get out of the cities.

But we like living in Cities. We just don't like the bad people who've moved here in our lifetimes and started turning the place sour.

Good people need to vote. If we get a radical in - or worse yet, another incompetent like Mayor Zero Vision - then the City we love is doomed for at least a decade.

"But we like living in Cities" Did you look at voter turnouts in the last election cause I got bad news for you buddy !

Did you look at voter turnouts in the last election cause I got bad news for you buddy !

Voter turnout jumped like 10% in the last election, no?

Normally I'd say that's a good sign, especially with the even more important mayoral and city council elections just a few months away.
Now if only we could figure out a way to keep the hipsters and DeBlasio fans (but I repeat myself) from voting.