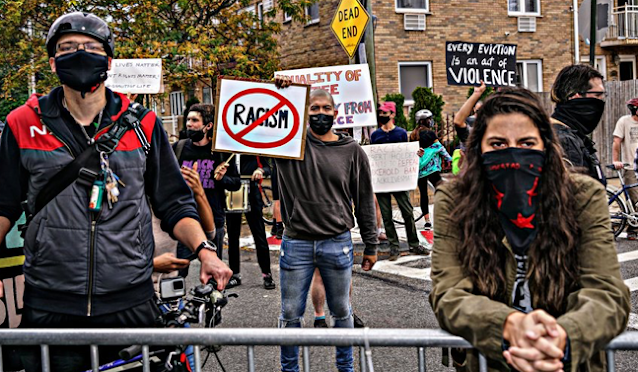 Political hopeful Juan Ardila, 27 — who has the backing of many progressive pols and unions — made derogatory comments about Asians, gays, women and Jews and used the N-word in mainly Facebook posts while in high school from 2009 to 2011.

Ardila referred to Filipino boxing great Manny Pacquiao as a “bumbass c—k” in a posting a decade ago while saying the pugilist would lose a fight, screengrabs obtained by The Post show.

Ardila and a pal also spewed anti-gay slurs when discussing the merits of singer John Mayer.

“ur the gay one nway u f-g crusader,” wrote Ardilla, who used “homo” in his posts, too.

After garnering the club’s support last week, Ardila tweeted, “I look forward to working together for a more just and inclusive city. It’s an honor to have your endorsement.”

In his younger years, the candidate also spewed misogynistic words such as “bitch” and “c–t.”

He also referred to one of his friends as a “dumb polack” and hurled the N-word.

The candidate began scrubbing his accounts or making his posts private about 10 days ago, said a source familiar with the matter.

Come on JQ said...
We need a candidate who is articulate and bright and clean and a nice-looking guy !

Racist Pigs are usally from the Left !

So what? No one really cares. The proof?
Didn't this country just elect a president who called then prez candidate Obama, "...the first mainstream African-American who is articulate and bright and clean and a nice-looking guy."?
Didn't the same man say, "You cannot go to a 7-11 or a Dunkin' Donuts unless you have a slight Indian accent. I'm not joking."?
And he is also a proven plagiarist for stealing speech lines from a British politician and a liar for insisting his wife and child were killed by a drunk truckdriver when they were not.
The same progressive slime are still supporting Juan Ardila after his disgusting teenage comments but they wanted to tar and feather Brett Kavanaugh for false accusations after he was nominated to a seat on the USSC.
Progressivism is synonymous with hypocrisy.

Great points, but Ardila is not Biden, he's just a useful tool that got chosen and is easily expendable to keep this cancel culture political system alive. However, if they decide to go this route and stick by him, and I hope they do, it will blowback on these establishment fauxgressive Dems and they will continue to lose their standing and credibility with the citizenry.

Why is it always the people who tell the rest of us that we have to be 'anti-racist' that always have the racist skeletons in their closet?

I normally wouldn't care what someone said a decade ago as a stupid teen, but I do when it's the same group of people telling us anyone who ever acted that way needs to be cancelled and shunned from society.

It's racist to hold a person of color to the same standards of decorum as White people. Persons of color don't have 'agency', only White people do.

Plus, these comments were made when Juan Ardila was in high school. We shouldn't hold it against him. However, if he were White, everything he ever said going back to when he was born, should be considered in evaluating his behavior.

Not for nothing, but this was while he was in high school.

JQ LLC:
"...Ardila is not Biden, he's just a useful tool that got chosen..."
But yes he is Biden, a useful tool for the left. Biden was a sure loser until South Carolina which Clyburn, who controls the state for the dems, delivered. Without Rep. Clyburn uncle Joe would still be trying to negotiate a book deal from someone somewhere.
Politics now has become more of a Cult of Personality than it has ever been. Pols align themselves with whomever will get them elected and nod like bobble-head dolls when their masters speak.
Yeah, I am a cynic. However these days who can afford not to be?

The pot calling the kettle black

Glad he got Jimmy Van Bremmers endorsement since his political career is over.We told you we didn’t want the bike lanes

They have killed Martin Luther King Jr's dream. And they think they're doing good by it!

why isn't this in the news? anytime a pol says these things, especially against certain groups, they get creamed. They're all silent. I wonder why?

"Why isn't this in the news" It is but not in the Fake News. Try News Max , OAN News and RT News. Also independent news like JQ/Queens Crap is all over the place just look for it !

I might disagree with most of your pics you describe as indie news (I do like Corbett, Off Guard and Zero Hedge, plus RT which for a Russian run news site, as I was constantly warned on twitter, is ridiculosuly more credible than American corporate news), but do me a kind favor and acknowledge my flagship blog Impunity City also among this bunch. It's how I got started and partially why I'm posting on here out of the goodness of my bleeding heart.

It would also be nice if there was an effort to get my @jqllc twitter account restored too. Thank you.