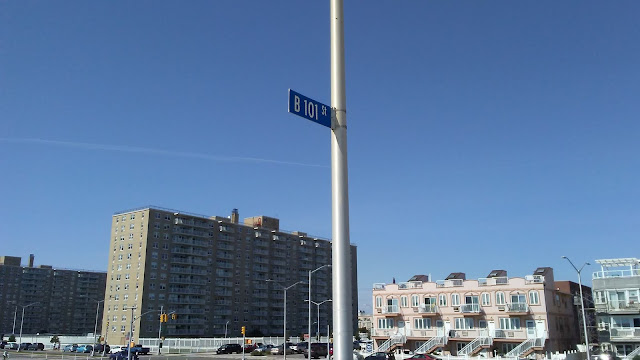 While the peninsula has been dealing with the COVID-19 crisis, the New York City Department of Homeless Services (DHS) appears to have doubled down on its efforts to circumvent the usual process of siting its shelter facilities.

The Wave has been monitoring the $40 million contract process between the NYC Comptroller Scott Stringer, DHS, and the non-profit Black Veterans for Social Justice (BVSJ). On April 1, we reached out to Stringer’s office to learn if the comptroller had signed the contract, which would clear the shelter for full operation.

“After the Administration suspended procurement rules for essential services during the COVID-19 crisis, the City withdrew the contract from our office to process the registration themselves,” said Hazel Crampton-Hays, Press Secretary for the Comptroller’s office.

We reached out to attorney Mike Scala, who is representing Rockaway Solutions Not Shelters (RSNS) in their fight against DHS. RSNS believes the shelter is a violation under the state’s mental hygiene law.

“While we understand the population of this facility would be 120 single men, a community residence for the mentally disabled requires the approval of the commissioner of mental health,” Scala said.

“Approval cannot be granted if more than 48 congregate beds are located on the premises. Therefore, it is critical to determine whether this facility would house mentally ill men.”

The original application for the conversion of the manufacturing building into a conforming community facility was listed in parentheses as a “health and mental care facility” before it was revised.

Founding member of RSNS Torey Schnupp — who is running for Assembly District Leader — is frustrated with the latest development.

“I was informed by my contact at Stringer’s office on the 30th day that the Mayor had bypassed procurement laws for health and human service contracts. They apparently had requested more information from DHS to address both community concerns and Stringer’s own concerns the week before, but DHS didn’t respond prior to the crisis happening and Mr. Stringer’s office wasn’t certain DHS would bother addressing them right now,” said Schnupp. “In the wake of COVID it’s even more clear that placing additional people in need on a peninsula that is ill-equipped to handle this crisis is not only careless but dangerous. The mayor once again has chosen to bypass the process and we know that social distancing in homeless shelters is impossible. He doesn’t truly care about this vulnerable population or he would have used budgeting for proper housing and services a long time ago instead of padding the shelter developers’ pockets. We are hopeful that the courts will decide in our favor.”
Posted by JQ LLC at 12:51 AM

Imagine why the Native Americans died like flies when Europeans transferred their germs / diseases to them. Well now it's our turn ...

Already so many skels around there, unfortunately. Won’t be able to tell the difference.

The Rocaway of my Childhood is gone ! So sad...

I pray every day that the Democrat party is wiped out in November!

To the last two Anonymous replies:

My fondest memories of my third generation, New York City childhood in the iconic Rockaways is now a dumpster for the ever growing homeless population, as well as an assortment of wayward human misfits. My grandfather, who will turn 115 years old on June 14th will be coming to New York City (from Scottsdale, Arizona), for a visit, and one of the spots that he is eager to visit is Rockaway Beach (where he still owns six bungalows, and another six homes throughout Rockaway Park, Belle Harbor and Neponsit). I am afraid that he will faint on the scene when he sees what happened to his century old playground.

As for the DemonRat party-machine-failed private corporation, no one has inflicted more harm to ALL living things than the intensely incompetent trio of: Bill de BLASS-hole, Schmuck Schumer AND the kingpin Mafia thug himself——Andrew (a/k/a Sonny) CUOMIGULA, all three of whom have so completely betrayed ALL pretense of public trust, ethics, integrity, accountability and transparency——that now DEVALUES honesty itself!

Now, sadly, the entire State of New York has now become a massive dumpster for the ever growing cabal of filthy, crooked, corrupt and wayward politicians (NOT public servants), and it's only getting worse by the hour in THIS the City of Alienation, Quarantine and Police State vigilance! And, the public be damned (again and STILL)!

❝It's frightful that people who are so ignorant have so much influence.❞ ——George Orwell

❝The very concept of objective truth is fading out of the world. Lies will pass into history.❞ ——George Orwell (And, they already have!)

❝Journalism is printing what someone else does not want printed. Everything else is public relations.❞ ——George Orwell

❝It doesn’t actually make any difference whether the President is Republican or Democrat. The genius of the American ruling class is that it has been able to make the people think that they have had something to do with the electing of presidents for 200 years when they’ve had absolutely nothing to say about the candidates or the policies or the way the country is run.❞ ——Gore Vidal

They combined 'empty, early boasts' about containing the virus with ' ... false promises, bad epidemiological advice, and ideologically motivated decision-making.' Bill de Blasio 'consistently' denied that the virus was 'devilishly transmissible' weeks after health professionals said that it was, and he willfully chose 'his own ideological commitments over the urgent advice of health scientists,' when he opted to keep the city’s schools open.

It’s impossible to measure precisely the damage that they caused, but former Centers for Disease Control and Prevention Director, Thomas Frieden, estimates that better policy might have reduced the death toll by as much as 50 to 80 percent.