Queens Borough President election to be held on Election Day! 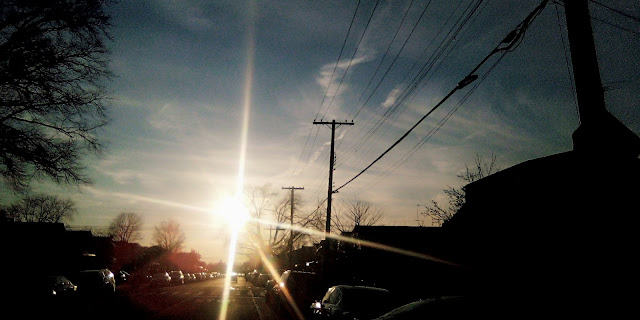 The Queens Borough President special election, originally set for March 24 and then rescheduled for June 23, has been canceled.

Gov. Andrew Cuomo signed an executive order on Friday, April 24, to cancel the special election for the position, which was vacated by Melinda Katz when she became Queens District Attorney in January and is now held by Sharon Lee, and move it to the Nov. 3 general election.

The order also cancels the state Assembly and Senate special elections. This means the southeastern Queens Assembly District 31 seat, previously held by Michele Titus, will be vacant for a year.

Queens residents will now vote for the new borough president in the November general election. The early voting period for the general election will be from Oct. 24 to Nov. 1.

Why bother wasting your time on ANY and ALL elections where the candidates are never ELECTED, but SELECTED? You are just repositioning piles of neo-feudal, neo-fascist, neo-Bolshevist, neo-liberal shit, possums!

Keep people as slaves and pets LONG enough——and, eventually they will see their kidnappers as saviors.

❝Voting is not an act of political freedom. It is an act of political conformity. Those who refuse to vote are not expressing silence. They are screaming in the politician's ear: 'You do not represent me. This is not a process in which my voice matters. I do not believe you.'❞ ―—Wendy McElroy

❝If voting made any difference, they wouldn't let us do it.❞ ——Mark Twain

❝You can fool ALL of the people some of the time, and if you do it just once—it lasts four years.❞ ——Mark Twain

Today's America has become EVERYTHING that Hitler wanted his Germany to be: a fascist nation that holds the entire world at gunpoint. A nation where there are no free elections, the multinational corporations have merged into a few giant conglomerates cornering the market and calling the shots, and where the media are entirely controlled by the state, as the government spies on its citizens and the police terrorize them——in perpetuity!

❝They got you fightin' white against colored, native against foreign, hollow against hollow, when you know there ain't but two sides in this world: Them that work and them that don't. You work, they don't. That's all you got to know about the enemy.❞ ——Joe Kennehan (Chris Cooper), in John Sayles’ ‘Marewan’

❝I have never wished to cater to the crowd; for what I know they do not approve, and what they approve I do not know.❞ —Epicurus

❝The people will not revolt. They will not look up from their screens long enough to notice what’s happening❞ —George Orwell (Big Brother character from Orwell's book, '1984')

❝The masses have never thirsted after truth. Whoever can supply them with illusions is easily their master; whoever attempts to destroy their illusions is always their victim.❞ ——Le Bon (1841-1931)

❝The forest was shrinking, but the Trees kept voting for the Axe, for the Axe was clever, and he convinced the Trees that because his handle was made of wood—he was one of them.❞ ——Turkish proverb

This Office should be eliminated !
Hell the Bowne Park Civic Association dose more work while have tea parties.
Lower our Taxes for a change...