The city is considering burying coronavirus casualties in public parks 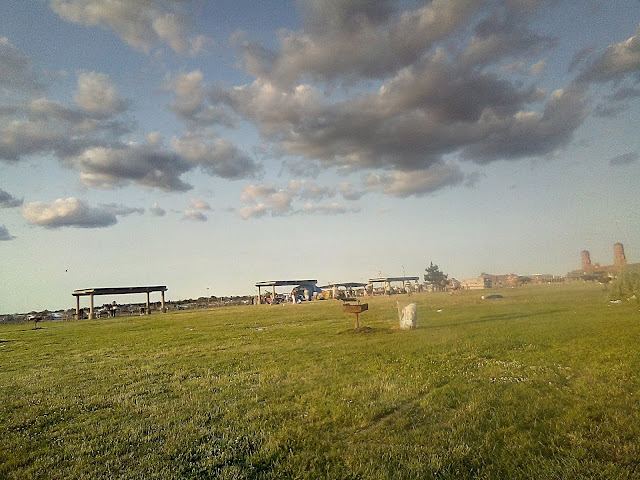 A leading New York City lawmaker said Monday that officials may be forced to temporarily begin burying the city’s coronavirus victims in local parks — as morgues and hospitals struggle to keep up with the mounting death toll, a city councilman said Monday.

“Soon we’ll start ‘temporary interment’,” said Councilman Mark Levine (D-Manhattan) wrote in a series of tweets. “This likely will be done by using a NYC park for burials (yes you read that right). Trenches will be dug for 10 caskets in a line.”

“It will be done in a dignified, orderly–and temporary–manner. But it will be tough for NYers to take,” Levine wrote, adding in another tweet, “The goal is to avoid scenes like those in Italy, where the military was forced to collect bodies from churches and even off the streets.”

He later clarified his tweets, saying this “is a contingency NYC is preparing for BUT if the death rate drops enough it will not be necessary.”

Mayor Bill de Blasio was asked about the grim matter during a coronavirus press briefing Monday at the Brooklyn Navy Yard.

“I’m not going into details,” de Blasio said. “I don’t think it’s a great thing to be talking about.”

“We’re going to try and treat every family with dignity, respect religious needs of those who are devout, and the focus now is to try and get through this crisis and obviously also put all of our energy and resources into saving those we can save,” he added.

A spokeswoman for the city’s Medical Examiner’s office, Aja Worthy-Davis, told The Post there are no plans currently to begin temporary burials and that the freezers at agency facilities in Manhattan and Brooklyn have “adequate space.”

“We have no plans right now to bury anyone in city parks,” said Worthy-Davis, noting that the disturbing scenario is mentioned in a previous OCME disaster plan, but “it’s not in the works at this time.”

There is nothing dignified about this plan at all. Also undignified is the fact that this city did not did not prepare and was ill-equipped to handle a major emergency.

Levine may be doing all the talking and tweeting about this, but this ghoulish idea has de Blasio's micromanaging style all over it.

I am waiting Cuomo to run for the Presidency. Will have a lot of 'slainin' to do to the rest of the country.

Once again, as with Hillary, the Dems will find the one person that Trump can beat.

Sad Days Again RIP NYC & All Victims of COVID-19 !
Who Remembers where the 9/11 Victims remains were sent ?
The Staten Island landfill After 9/11, it unexpectedly became a burial site.

This is pure unadulterated BULLSHIT!
The people would not tolerate it.

Cuomo running for President? LOL
I have the perfect campaign rally cry:

The Hindus cremate, no need for burial sites.

Mark Levine is full of shit... If there were to be temporary burial sites, it would start at Harts Island. Unfortunately, state law prohibits cremating these remains without familial consent. The media is really dialing up the fear factor and the politicians are playing right along. Also, off subject, is anyone else tired of the Governor and his brother and their "brotherly love and concern" act playing out. Let's face it, Chris Cuomo got his job because of his last name. That guy is as dumb as a tree.

Why not just cremate them if they have no family willing to come forward to take the body?

Agree. So tired of the Sonny and Fredo show.

Everyone has the right to be stupid but the democrats have abused that privilege.