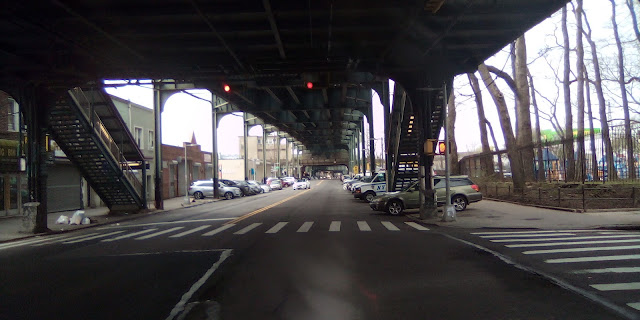 
Gov. Cuomo grimly reported Monday that the coronavirus killed another 671 New Yorkers over the high holiday, bringing the state’s total death toll above 10,000 even as the pandemic scourge appeared to run out of steam on some fronts.


In his daily briefing from Albany, Cuomo said New York’s death count crossing the five-digit threshold on Easter Sunday hit him hard on a personal level.


“I’m Catholic. Easter Sunday is the high holiday ... To have this happen over this weekend is really, really especially tragic,” Cuomo said. "They are all in our thoughts and prayers.”

Still, Cuomo had a glimmer of good news.


Even though 10,056 New Yorkers have now died from the virus, Cuomo said the daily death count has been “basically flat” for nearly a week.


Though the flattening is occurring at “a horrific level,” the governor said the number of daily hospitalizations is also remaining stagnant around 2,000.


“I think you can say the worst is over, because the worst here is people are dying," he said. "We have controlled the spread.”


About 19,000 people remain hospitalized statewide, according to officials.

New York City continues to bear the brunt of the virus, accounting for more than half of all deaths in the state.


Cuomo suggested his next order of business will be to carefully devise a plan for New York to get back on its feet.


The governor said such efforts would likely include expanding definitions for “essential” jobs, which would allow more New Yorkers to return to work.


Cuomo said he would coordinate any such announcements with the governors of New Jersey and Connecticut, adding he learned from Hurricane Sandy in 2012 that “geographically coordinated” action plans are necessary during crises.

“This is a time for smart, competent, effective government,” Cuomo said.

This is the time he says. The social media and corporate news lionized "president" says this. Is. The. Time. Not in February or March when the outbreak was spreading. Now. Without a hint of irony.

As opposed to the permanent government that prioritizes and benefits the donor class that he allowed to continue and which he's been running for the past decade.

What a fucking imbecile.

Now what is left of the Left is trying to organize an inner ring of defense with two sets of liberal states in the east and west coasts around fearless leader 'OhNo' Cuomo.

It is amazing (and frankly a bit scary) that you tell someone who bought the koolaid liberal media - when you tell them facts they - just - can't - believe - it and twist - snippets of their weak 'facts' - around your news - to fit their received 'wisdom' to make it come out 'right.'

Actually its a bit scary to hold conversations with them.

This will open eyes on the reason #1 !
This is a must see while it remains free on Youtube.

We need rapid testing first. If we get rapid testing, we can then start going halfway back to normal but not fully. I don't think we are ready for Broadway or concerts or sports to reopen but I do think people who work in certain industries should start going back to work. Like those who work for construction and plumbing jobs and electricians. Maybe in one month, we can reopen restaurants but have them only fill half their capacity until July perhaps. I think by football season, we can start going to stadiums and concerts again. This has to be a very carefully thought out plan so not everybody is crowding on top of one another anytime soon. We need those rapid tests first though.


Yes, liberals have a secret plan to destroy everything and create a two liberal states. I can't believe you figured it out. I thought we were so good about not letting anyone know. Ha, ha....

No one listens to your facts because (and don't take this personally) you sound really stupid.

---------------------
Anonymous said...
Now what is left of the Left is trying to organize an inner ring of defense with two sets of liberal states in the east and west coasts around fearless leader 'OhNo' Cuomo.

That's 'stats' not 'states' my friend.

Why this photo of cars parked perpendicular and on the sidewalk? I thought they wanted to give people more room to social distance.

@Jon said...
I swear, the most dangerous #TDS people are often found in NYC right here on Queens Crap !

President Donald J. Trump and his administration has finally caused me to rethink, since we truly have a very contagious virus that has caused many deaths and more to come considering this is only in the beginning stages.

I can longer stand by and stick by this President any longer. This does not make me a liberal or Democrat, nor would I move in that direction, but I am realizing President Trump is not the kind of leader we need at this time.

That's by the 106th pct. They have been using those sidewalks as a parking lot for years and that picture was 5 days ago.

The real Harry Haller: why not use a logo for your comments?

Liberal or conservative....COVID 19 is real democracy in action. It can kill both.
Get over your doofus labeling. This is a PLAGUE.....and it won’t be the last one. We either prepare TOGETHER or we die by the millions! Try hiding behind you political rants and that little virus can STILL attach itself to the back of your throat. GOP AND DEMS will have to cooperate or gasp for air in a final unity of parties. FU dummies!
Does it matter if you or your family die as liberals or conservatives?
Write your epitaphs now!💀

YAWN!
Haven’t been on this site for years. Is George the atheist still out of a job and filling time with his (or her’s) know it all posts?
Ain’t that refreshing....like a douche....to see such dedicated historical continuity!
Well....some people carry their soapboxes everywhere.