Homeless hotels have hundreds of positive COVID-19 cases, but the city wouldn't reveal where they are 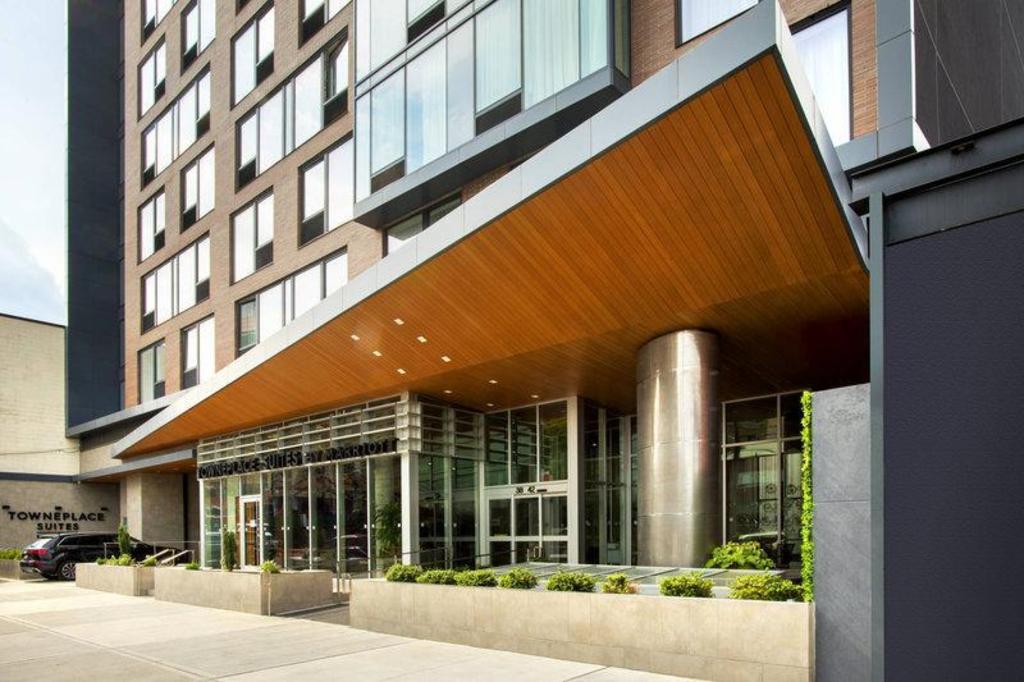 The city is housing hundreds of homeless people with coronavirus or symptoms of the virus at five Big Apple hotels, sources told The Post.

City officials confirmed that more than 700 spots have been set aside for afflicted homeless people at five undisclosed locations throughout the city, but didn’t say where.

According to the source, however, all five are hotels.

Staffers at two of the locations — a Howard Johnson’s at 235 24th Street in Brooklyn, and Town Place Suites at 38-42 11th Street in Queens — told The Post they were no longer renting rooms to the public because they had been leased out to the city.

A woman answering the phone at the third side, the Radisson at 52 Williams St. in Manhattan, hung up on a reporter.

The telephone was not answered at the two other locations, identified by the source: a Comfort Inn at 548 W. 48th Street in Manhattan and Jamaica Hotel at 183-02 Jamaica Avenue in Queens, which is also identified as a Comfort Inn in some online posts.

There are currently 392 homeless people in isolation at the five sites who either tested positive for the virus or were placed in quarantine “out of an abundance of caution,” the city said.

The city Department of Social Services said 213 homeless people at 93 shelters have tested positive for the virus, with 11 dying from the bug and another 11 leaving after completing quarantine.

A few blocks from Queensbridge! Hey that's Jimmy's district? no? Inquiring minds what to know his opinion.

Good rule people, when you see something always ask for advice or a response from your local elected officials, and the lower down the chain the better.

Then make public on places like Crappy their (non)answer. That piece is most important.

Forget about the mayor, governor or president. And yes, your hands are too short to box with God too!

DumblASS-io is the most miserably inept, unqualified, stupid piece of excrement to ever hold the office of mayor in NYC. So what does that make the lazy, apathetic, uninterested non-participatory citizens of NYC who couldn't be bothered to get off their a$$es and vote? There were other, better choices, but this corrupt THIEF commie ass won 2 elections due to the laziness and apathy of voters. And now, thousands of people are dying as a direct result of his stupidity and unfitness to hold such a managerial office. To say nothing of the complete ruin of the school system and any other department you'd care to point out. By appointing people to positions based on their skin color and ethnicity to fill racial quotas instead of their actual qualifications, he damned the school kids, damned the citizens as far as wealth distribution of their tax dollars to ILLEGALS and do-nothing parasites, stole about a BILLION dollars from citizens via his fake "Thrive" program put into the hands of his 1000% UNQUALIFIED wife, etc.

Then of course the next poster attacks the mayor.

Feel better? Why stop there? Why don't you higher on the pecking order? Makes one more powerful to have a 'conversation' the higher up you go.

And you can be assured that a 'somebody' quakes on their boots every time a 'somebody' levels a charge at them. Right?

The only thing I worry about is Sheeple rely on the Government to keep safe.

"Then of course the next poster attacks the mayor."
Since when is pointing out grave mistakes committed by our Marxist Mayor an attack ?
Cry me a river....