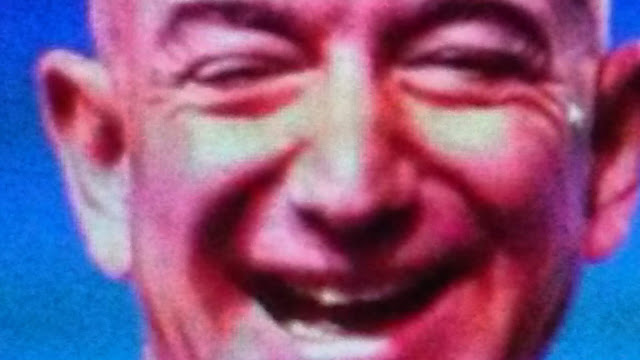 
Amazon has fired a worker at its Staten Island, N.Y., warehouse after he helped organize a walkout over the company's coronavirus responses, alleging he put others at risk.

Christian Smalls had demanded that the Jeff Bezos-led company close its Staten Island fulfillment center for a deep cleaning after a worker tested positive for COVID-19 in mid-March. Smalls, along with allegedly more than 100 workers walked off the job at approximately 12:30 p.m. Monday, the New York Post reported.

"There's 10 cases confirmed here and the media only knows about one," Smalls told the news outlet.

"They have to shut this down. That's all we want."

“Somebody needs to be held accountable,” Smalls added in his interview with the Post. “I saw people get sick every single day. I’ve sent people home with different symptoms, dizziness, vomiting, blood-shot eyes, puffy eyes. I’ve seen it all.”

In a statement obtained by Fox News, an Amazon spokesman said Smalls was terminated because he violated several terms of his employment.

"Mr. Smalls received multiple warnings for violating social distancing guidelines and putting the safety of others at risk," the spokesman said. "He was also found to have had close contact with a diagnosed associate with a confirmed case of COVID-19 and was asked to remain home with pay for 14 days, which is a measure we’re taking at sites around the world. Despite that instruction to stay home with pay, he came onsite today, March 30, further putting the teams at risk. This is unacceptable and we have terminated his employment as a result of these multiple safety issues."

Amazon also disputed that 100 workers walked out. The spokesman said 15 people participated in the demonstration, adding that their employees are "heroes fighting for their communities."

They are calling them heroes. Like they are soldiers in a battle to fulfill prime orders.

Let's hear from an actual one.

Christian Smalls, from Newark, New Jersey, is a thirty-one-year-old assistant manager at the Staten Island Amazon warehouse. The facility, called JFK8, employs nearly five thousand people — and more with each passing week, as mass layoffs send workers onto the job market and Amazon puts them to work delivering packages to those staying home during the economic shutdown.


What’s going on at your workplace?

CS: It’s horrendous. Let me just start from the beginning.

Before we had any confirmed cases in my building, I had pretty much foreseen what was going to happen. I’ve been with the company five years. I opened up every major building in the Tristate — in New York, New Jersey and Connecticut. This is my third building over the course of those five years.

I’ve been with this building since it opened almost two years ago.
So at or around the beginning of March, we had some managers that returned back from Seattle. Seattle is where Amazon has its headquarters, and it was one of the first hot spots in America for the coronavirus outbreak. One of the managers came back, and shortly after that she left because she was sick.

Three weeks ago, I took a stand and brought it up to leadership. Like, “Hey, there’s something wrong here. We need to shut this building down and quarantine everyone for two weeks with pay.” They didn’t listen. At that point, I walked out. I said, “I’m not gonna sit here and watch people get sick and y’all do nothing about it.”

I’ve been unpaid ever since, and I’ve been fighting behind scenes. I’ve been calling the health department and the CDC. I’ve sent out numerous emails to the press. I’m trying the best I can to build awareness of this situation.

So fast forward to this week, I decided to go back to work one day to see how things were shaping up, see if they made any safety changes. As soon I got there, around 8:30 in the morning, I ran into my colleague. She looked horrible. Bloodshot red eyes, all puffy. I said, “What are you doing here? You look sick.” She informed me that she went and got tested last night for the coronavirus.

I said, “Wait, you got tested for the coronavirus and they allowed you to come back in the building?” We all know you don’t get the test unless you’re showing severe symptoms. So I sent her home.
Less than an hour later, we had a small managers’ meeting and they informed us that we have one confirmed case. That wasn’t the person I’d run into, she was confirmed later. Instead it was a confirmed case of a person who had started to feel sick the week before. I found this out a little after eleven in the morning, and I was out the door by twelve. On my way out the door, I told as many people as I could to go home.

At this point, I’ve heard of at least seven people who have tested positive.


Why are sick people coming into work?


CS: Because Amazon is not offering paid sick leave. They’re offering unlimited unpaid time off, which is ridiculous because people shouldn’t be forced to sit at home without getting paid for choosing to be safe in quarantine. Since I’ve been off the job, I’ve been taking money out of my 401k just to get by. I shouldn’t have to do that.

The way the policy works is that you only get paid quarantine if you get tested and it comes back positive. But we know you can’t even get a test unless you’re really sick, and even then it takes a while to get the results. So you get people who are obviously sick as a dog coming into work.

Wait, you haven’t tested positive for the virus. Why did they quarantine you?

CS: Because I’m being rebellious right now. I’ve been coming to the building, bringing groups of ten or twenty people to the general manager’s office to voice our concerns. They decided to cut off the head of the snake. They quarantined me as of yesterday. So I’m getting paid now, but I don’t even care about the money. At this point I’m just trying to organize. I’m just doing what I feel is right.

I’m looking at a quote from an Amazon spokesperson who says, “We are following all guidelines from local health officials and are taking extreme measures to ensure the safety of employees at our site.” Is that true?

CS: That’s absolutely false. These spokespeople that they have talking to the press are sugarcoating everything. They don’t know a damn thing about what’s going on in these buildings. They’re even downplaying the number of positive cases confirmed.

Everything the company is doing is reactive, not proactive. The tables were still together two weeks ago. They just started separating them when I brought it up to their attention. Now they want to start taking temperatures at the door. The virus has been in the building for weeks, and now you want to take temperatures?

What is the purpose? What is it that we’re doing that’s worth the risk? Jeff Bezos is saying we’re like the Red Cross, but we still have a large amount of inventory that is being sold to the public that is non-essential. Even on essential items, if we’re all carrying the virus while we’re handling all these packages, I’m not really sure we’re helping people. We’re touching metal, plastic, and cardboard all day long, all things we know the virus can survive on, and shipping out packages to thousands and thousands of people.

Jeff Bezos says we’re helping the community. We’re keeping business going, but that’s all. We’re putting our lives on the line for that. My job description says have a high school diploma and lift fifty pounds. It doesn’t say risk my life working during a pandemic.

I always thought Jeff Bezos was a good CEO up until this point. He dropped the ball. These Amazon buildings need to be shut down immediately. We have almost 5,000 people at JFK8. You do the math. If they don’t shut it down, this is the epicenter of the next coronavirus wave right here.

The victim cult is strong on this site !
Let’s strike by all getting sick, come dance with me in the streets, scream Amazon is evil if you’re in. Cough cough cough...

Just more Amazon hatred. If my congressman prevented a business from investing in an underdeveloped part of my town and providing 25000 good paying jobs and then claimed victory when the same business brought in 1500 jobs to a developed part of town I’d be pissed. The people of Queens should be pissed at AOC not Amazon.

How did DA Katz manage to get tested?

I'm sure all the atheist tent hospitals people are building will make them redundant. Right?

Isn't it interesting that the first COVID cases were in Seattle then jumped coast to coast to New York then spread everywhere else?

Read that interview with the organizer again. He said that employees came from where Amazon's HQ is based and then came east with symptoms.

@JQ LLC...more than those workers from Amazon HQ in Seattle, the biggest carriers of his most likely were Chinese tourists that came unabated from China to NYC. There is a reason why there are so many cases here, it is because it is the financial and cultural mecca of the US and most possibly the world.

Moreover, the fact is that Trump decided to close all flights from China and yet, continuously allowed citizens and greencard holders to return from China afterwards. That "spectacular" evacuation that took place air lifting hundreds of people from Wuhan, and forcing them into quarantine in different bases across California, has not really done about quarantining people who returned from hot zones.

There has been annecdotal evidence of people returning from Italy during the last week of February, when it was already a hot zone, and have not been mandated to quarantined or anything.

The main cause of this pandemic in NYC is the lack of decisiveness by the part of the Feds, the State and also City Hall to make hard decisions.

Even in the best days, the bureaucracy is shitty, in a state of war....it is like a rocket that looks good but begins to come undone while launching.

AOC would have don't squat if 'the boys' who were cut out of the Amazon deal tell their puppets to have her be a 'front' for them all.

She gets the blame and they get the credit.

Bezos is the worst of the greed monsters.

Amazon sucks..I have purchased stuff from their website..most of it is third world crap...made with child labor..

Now...I will avoid any thing made in China...you think COVID 19 was an accident...they have been eating bats and weird things for centuries...COVID 19 didnt just happen.

Two years ago all the toys coming in from CHINA had lead paint....what better way to destroy our society...trying to brain damage young children.