Make commuting fair for all? 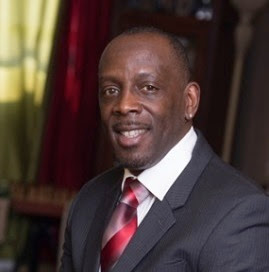 New Yorkers suffer the longest work commute of any large urban population in the nation, averaging 6 hours and 18 minutes a week in transit. However, for residents living on the city's perimeter traveling into any of the three largest business districts—midtown, the financial district, or downtown Brooklyn—this burden is even greater: roughly 15 hours a week.

That amounts to 238% more time spent commuting for Southeast Queens residents than other New Yorkers. On a daily basis, they spend three hours per day in transit. The United States Census Bureau deems that an "extreme commute."

We are traveling longer and spending less time at home and with our families. Southeast Queens shares this experience with neighbors in the Rockaways, the North Bronx and the South Shore of Staten Island.

For these reasons I have proposed an easily implemented five-point plan—the five E's—to quickly and efficiently improve transit in "transportation deserts" throughout the city:

Great catch phrases.......where does the $$$ come from to accomplish this?

don't worry, manhattanites are pushing for the secong ave subway and a few more new lines in manhattan to make things easier

Reduce speed limit so it is unbearable and impossible to get anywhere.

What kind of nonsense is this?

It's not the governments (or the taxpayers) job to make this equal!!!!!!!!

This is rabble rousing at its worst.

6 hours a week on public Transportation? That doesn't seem like a lot. I worked in Manhattan and live in northeast queens and by public transit (not the lirr), it took me 15 hours a week to come and go! That's 3 hours a day I was stuck on the Trains and Buses for. So it's not just southeast queens that gets the worst of it. Not everyone has money to spend on that expensive lirr and even when you get to the city depending on where you work, you'd still need to buy a metro card anyway.

Yes, because we all make 6 figures and can afford to live in LIC these days.

• Equalize commuter rail fares and eliminate two-fare zones (How does this decrease transit time?)
• Enact the Commuter Van Reform Act (maybe for outer boroughs not served by bus/subway)
• Extend express bus service. (did they do a study that this decreases transit time?)
• Expand Vision Zero (slows transit down)
• Ensure proper funding. (for the politicians and special interests pocket!)

Another scam brought to you by the NY political machine!

Bend over and pay your taxes, no questions asked!

This guy is clueless like the rest of them. Just ask him about the countless homeless shelters being built in the area.

Yes, but can Daneek Miller make the trains run on time?

Crapper: The link is incorrect. Should be:

Vision Zero has just made commuting even harder, and they want to expand it?

How? Will the lower the speed limit to 20mph?

How about fixing up the trains so there are less delays?!?!?

If the city is serious about addressing the congestion in the city they need to start a new highway construction program (similar to what Robert Moses did) to increase capacity and lanes on existing highways, and creating brand new highways to make commuting easier across the city.

Eminent domain is now only used for schools and profitable and taxable ventures, not for some real roadways.

But Heaven forbid we chop down a tree on a major thoroughfare and make room for another lane of traffic or some much needed parking...

keep packing the people in then complain about traffic. the water system is about to fail in new york. the bridges need to be replaced. its over people.
this city was built years ago and didn't take into consideration that every 30x100 plot would house 20 people. move out before its too late.