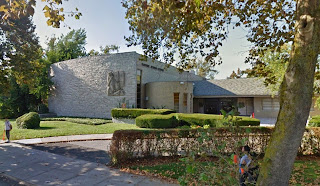 The city School Construction Authority has announced it would rescind its contract to purchase the Bayside Jewish Center along with its plans to build a 739-seat high school on the site, ending a controversy over which has been growing for months.

“In addition to building great schools that foster a welcoming environment for our students and families, we are laser focused on identifying appropriate locations to increase capacity in a city where space is at a premium,” Grillo said. “Unfortunat­ely, we have been unable to reach a consensus with Bayside residents and local elected officials on our proposed development site for a new high school in their neighborhood. The proposal will not be moving forward; however, we remain committed to addressing overcrowding communities face.”

This comes after Councilman Paul Vallone (D-Bayside) wrote a letter Friday, asking the SCA to halt its proposal before it went to the City Council for a vote. State Sen. Tony Avella (D-Bayside) held a rally Saturday calling on Mayor Bill de Blasio to put a stop to the contract. But ultimately Grillo caved in to mounting community concerns.

Wasn't it Vallone who said this process couldn't be stopped?
Posted by Queens Crapper at 10:42 AM

The people along with Avella and Graziano said No!!

So happy and proud to have Senator Avella watching out for us. Vote for Graziano in 2017 and you will finally see progress in our community and end to lies and corruption.

Sounds like the kind of thing you hear in Astoria when someone disagrees with a Vallone or one of their henchmen.

Ha Ha! Got that right. And, they we won't allow a homeless shelter either.

Thank you Senator Avella and Paul Graziano for watching out for us. You make a good team.

A homeless shelter would greatly help improve the "diversity" of the neighborhood...

careful what you ask for

They pulled out for some reason, either new info on the site, a new more desirable site, or someone put pressure on them. Don't for one minute think they changed plans due to community resistance.

They don't give a crap about what the community says. They have another reason for pulling out.

This in Bayside, yet the Pan American hotel is still a shelter.

I believe Grillo backed out on this deal because there may be an investigation by the nyc doi, nyc conflicts board and the nys attorney general regarding multiple irregularities in another school deal involving sca and the vallone lobbyists/ consulting firm.

So what goes there in it's place?

"We" did not collect food, the students were given a list and their parents sent in the food. All Vallone seems to have done is walk in for the photo.

Vallone is taking credit for the SCA pulling out the school in this week's Week in Review Newsletter.

Stinky stinks. Can't wait to vote against him, again. This time the anti-Stinky people need to throw their support behind one strong, viable candidate to avoid splitting the primary vote and allowing Vallone to slither in for a second term. Paul Graziano looks like the best candidate, should he decide to run.

Was this a sweetheart deal to give the connected property owners an above market price windfall courtesy of the taxpayers? I am suspicious. In my youth Bayside was so Jewish. What a change!

The fact that we are now a dumping ground for the DOB, BOE and aviation industry hasn't changed. This is the first of many, many fights to come...

Most likely will become a Korean church. Much better than busing in more juvenile delinquents into district 26. Now if only they start reducing the 60% of students that they bus in from outside of the district to ease overcrowding and improve the high schools.


It will NOT be a multistory apartment house. The zoning allows detached one and two-family houses on 35' x 100' and a maximum of 15 can be built on the site.

A church or other religious facility is totally possible...it is currently one, after all.

In the past two decades, the Cord Meyer area has seen an influx of new large and expensive homes, built mostly by Bukharian immigrants. The new homes contrast with other older houses in the neighborhood which often feature Tudor and Georgian architectural styles.

My bet is Bukharians or some other immigrants are doing this. Americans don't have the ballz to send out a "ninja" arsonist to start seven house construction fires. I have no idea what the dispute is over but it is important to someone and a few others.

People forget Steve Behar nailed it. His statement and his sitting on the community board was a major blow to the project.

The city provides a variance for a HUGE multi story building.

Then you will have a homeless shelter...

Paulie, Paulie stick to the drones you are so passionate about.
Actually you are one of the them.

That will never happen. Vallone caved and changed his tune due to heavy duty community pressure, particularly after a community board 11 meeting where the SCA showed up and just some rep from Vallone's office showed, but not him. Sen. Avella and members of the community were very clear as to how they felt. If that school went through, Vallone could have a problem with reelection. A homeless shelter will never fly. A senior center would be ideal; there are a lot of local seniors without a local center or library branch. This community will not be bullied. They are organized and energized.

Anon # 22 said: "People forget Steve Behar nailed it. His statement and his sitting on the community board was a major blow to the project."
-----------
Hey Steve, it's nice to brag, but I don't think that your opposition is what decided this issue.

Who is this loser steve behar. Pretty funny that Vallone is trying to take credit for "killing" a school he took credit for when they decided to build it. This guy is nothing but a press whore. Too bad everything he's done has backfired tremendously, see horse carriage and school

The Vallone Thanksgiving homeless basket photo op was such a farce. We crack up every year when he turns up for the photo. Next will be the requisite photo of him on a ladder lighting the Christmas tree outside of the church. The guy is shameless. The people of St. Andrew's roll their eyes.

Oops....did Vallone lose money on this one?