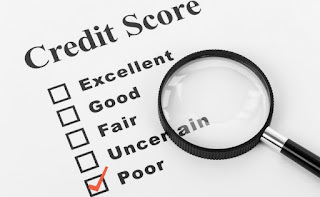 Landlords would be banned from checking credit scores to decide whether to rent to would-be tenants under a new bill being introduced in the City Council.

Councilman Mark Levine’s legislation would also bar a slew of other factors that owners commonly use to pick tenants — including medical debt, consumer debt judgments, and debts that have been sent to collection agencies.

Owners could still run detailed credit reports and use other information on them, including history of bankruptcy, foreclosure, delinquencies on current debt, and how much total debt a tenant owes, to make their decision.

“We don’t want people who have had tough times financially to be blocked out of the housing market. If that happens they’re going to end up in homeless shelters” said Levine (D-Manhattan).
Posted by Queens Crapper at 12:18 AM

So they move in and cant pay. It takes a year to evict them and the homeowner gets hosed.

I thought for sure this must have been an article from The Onion. How is this reality? THIS is the nonsense the City Council comes up with and then they want to ask for a raise??

I am sympathetic to people who fall on hard times because of medical debt, but throwing out credit scores is just one more way to get bad tenants into residences. Then, once you have the person in, thanks to NYC's laws you'll never be able to evict them when they stop paying rent. I'm against AirBnB and the like, but rules like this only make AirBnB more attractive.

How about we use that to screen people running for elected office?

We must be stuck in bizarro world. I mean where else would we elect assholes like this so they can propose and pass legislation like this. This is what happens when the sheep elect socialist politicians that have never held a private sector job. Keep voting for these democrat/communist politicos folks.

They want you to be blindfolded and drunk when making decisions.

Just like Obamas executive order that says you cannot not hire based on someone having a criminal history.

This world is attacking LOGIC at every turn.

Liberalism is a disease.

Momma always said "stupid is as stupid does".

Why don't we offer everybody no money down loans for houses?

Oh wait, we tried that.

Heard that worked out GREAT!

I dunno...I'd like to know the credit score of anyone I'm doing business with to make sure that they are "upstanding" individuals.

This is got to be one of the dumbest laws I have ever heard proposed. While we are at it, why don't we just offer credit cards without credit checks as well!

The new mantra is "Listen and Believe".

Ladies and Gentlemen, that's why the Bronx was burning

It says: Owners could still run detailed credit reports and use other information on them, including history of bankruptcy, foreclosure, delinquencies on current debt, and how much total debt a tenant owes, to make their decision.

You can still tell if a tenant will be a deadbeat. Lighten up!

The Bronx burned because the City wanted to pay landlords peanuts for their property to put in the Cross Bronx Expressway. (Thank you Mr. Moses.) So, they figured out that fire insurance was paying better than the City. Hey, whatever works. It's business.

Two businessmen meet in Florida in the summer. One says to the other:
"So Moishe what are you doing here this time of the year? What about your business?"
Moishe says to Murray: "I had a fire."
"Oh", says Murray.
"So, Murray", says Moishe, "What are you doing here? What about your business?"
Murray replies: "I had a flood."
"Oh", says Moishe.

And, while we're at it, how about making it illegal to tie credit scores to automobile insurance. Plus, it gives the insurance companies license to drive up the prices for anyone who has a hard time or who has recently lost their job. If you don't pay insurance, you can't drive. It's a no brainer.

Speaking of which. It should also be illegal for prospective employers to look into your credit score. How many people who have been laid off, or unjustly fired because of their age, are having trouble getting another job because their credit score is low? If you're looking for a job and you don't have one, it means you want to pay your bills.

If your credit score is not on your resume, it's not the employer's business.

How many years did it take to get employers to stop asking young women when they intended to have children? Or, if they were pregnant? Totally intrusive. Just as insurance companies or employers are doing now.

How about we turn the tables and ask if their business is solvent. Can we see your books? That won't go over very big either.

So give us a break and maybe we won't have such a hard time paying our bills!!!

All you landlords are socialists the ssn is the most socialistic communistic profiling biometrica existing in america today...your credit check is stupid, its like if u had a problem with mcdonalds then carls jr wont serve you... How many of you descriminatory land lords would still want a credit check if the tenant paid the whole lease in advance?