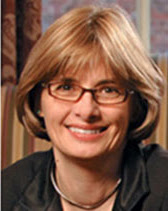 A top de Blasio housing wonk warned critics of the mayor’s ambitious affordable housing plan that the dream of stopping new construction altogether is hopeless and that only building apartments for the poorest New Yorkers is economically unfeasible.

“We have to shape development rather than just react to it. And too much of the discourse is about stopping development,” said Vicki Been, the commissioner of the Department of Housing Preservation and Development. “You don’t stop development in a city like New York. So our approach is, let’s work to shape it, to serve the interests of the neighborhoods across the city.”

With Mayor Bill de Blasio’s vision to build and preserve 200,000 units of affordable housing encountering increasing criticism from some corners that it is insufficient, and might even accelerate gentrification in the outer boroughs, Ms. Been took the podium at New York Law School this morning to explain and defend the plan. Ms. Been argued that the city could use a toolkit of zoning, tax abatements and public financing to encourage the private market to accommodate more low-income people—but said efforts to stop the city’s shifting real estate landscape are futile.
Posted by Queens Crapper at 11:21 AM

Make it a requirement that developers must provide a green space or park for every large structure they build.

Fine Vicki, I will stop resisting when the Area median income rates go down where these towers are being built, coincidentally in areas where property values are over-estimated. Other than that, the people that these apartments are meant for don't stand a chance.

Vicki says, “We have to shape development rather than just react to it. And too much of the discourse is about stopping development...”

I'm SURE she means that we have to provide the adequate infrastructure FIRST before developing sites to have a higher density, right?

I'm SURE she means that we have to upgrade electrical, sewers, mass transit options, school size, etc., etc,., etc. BEFORE we develop at a higher density, right?

That IS what she means about "shaping development", right?

Vicky has been. Brain dead.

Resistance is futile the collective is everything uneducated need not think but trust we in power know what's best for you,your rations will be fair
Dissent will be dealt with harshly yet lovingly.

These people are the smartest humans in any room they grace with their presence and you sheep must stop resisting your glorious leaders. Now go watch your sporting events and celebrity gossip shows and super hero movies in HD and shut the fuck up. This is going to become a completely gid locked, severely over crowded shit hole of a city and you will accept it.

The mayor is without question delusional stoned and dreaming--and so is this woman.
If Roosevelt Islands (pop 9,520 is atop .23 square mile). If my math is correct 200,000 units is over 20 Roosevelt Islands. It would be impossible without taking perhaps seizing EVERY BASEMENT or take a huge swath of land size of Maspeth (approx 13,000 acres) via imminent domain and covering it with 6 story towers.
And where will 200,000 additional people work, pay OUTRAGEOUS health insurance and tax with so many people screwed up the wazoo now ?
Put down the pot, ludes & magic mushrooms Mr.Mayor you have taken enough of it

Love these comments. So true.

Upgrading the already over capacity electrical, sewers, mass transit, schools etc to accommodate over 200,000 more people would take 30-50 year with Edison, Einstein and Harry Houdini at the helm.

With these f-cking imbeciles, dopers and jokers Forgetaboutit !!!!

Let the market build whatever it wants within zoning. No variances, no subsidies. A free economy.

It's great when one pushes for more people being crammed into already crowded neighborhoods with overly crowded public schools while one lives on the ultra protected Upper West Side and one's kids attend exclusive private schools. It's just great.

Welcome to nyc, if you dont earn at least 90k, there is nothing affordable ......

Once again everyone in Manhattan is in an uproar over the mayor's effort to negate all the hard of work many just a few short years ago for 'downzoning.'

Many of us thought it was bullshit then (remember downzone a community from 6 stories to 4, then tear town a 2 story building and replace it with 5 story structure under a variance?) but it was nice to let everyone bask in their delusions that they accomplished something.

We knew that they actually did nothing enduring. But we also all know that if you kick the Queens electorate too often they will turn against you for disturbing their torpor.

Now lets return to the real world outside the Hermit Kingdom. The real NYC across the river. The fun thing is to actually see how the Manhattan politicians pledge to fight the things this woman is saying. How novel to hear a politician say sensible things on development!

But they can play to their audience secure in the knowledge that these plans will all come to pass.

Why? Because in Queens, not only is the press silent on this struggle (as they intone article after article on how wonderful it is to have block busting development to clueless seniors and hipsters alike) but the civic culture is so weak here that our politicians know they will face no repercussions to support this.

They will be the block on city council to get this zoning passed!

Why? They are secure in the belief by the local losers that you cannot do anything to fight the politicians.

Overdevelopment in NYC is directly a legacy of the Queens voter to the rest of the city.

And which developer's dick did she suck to get her job?

City Planners don't want nor plan for families. They want singles and couples (preferably of the same sex). This demographic brings in more money and less of a demand on services, i.e. schools.

not exactly we have to get terminology defined
units vs people
i figure average 3 people per unit (and that's a guess)
so multiply by 3
i guess 60 Roosevelt Islands.

another way to look at it

per the NYC Department of City Planning
"over 27,000 people per square mile"

i am so proud of our diversity

Here are some interesting facts about the New York City population:

So the mayors "proposed" 200,000 units means over 600,000 MORE people (likely future sec 8 lifers of color) who will without question be shoved in Queens.
This math "60 Roosevelt Islands on 23 SQUARE MILES no doubt looks 100% correct

I thought things were real bad but now I'm gonna be sick.

Wow, all this math is sooo impressive. You guys doing a term paper for school?

How about the number 14: http://council.nyc.gov/html/members/queens.shtml

huh and what the hell will all this math do so solve their problem.

makes them feel like they are doing something tho.

And which developer's dick did she suck to get her job?

Funny how you always see something stupid like this after a tirade against the politicians. Funny, eh?

Good question, do we have the foggiest notion on what our precious little elected council people feel about this?

In a borough of nearly 3 million people did anyone even THINK to ask them?

Or are you all too afraid?

another pasty androgynous something something from the DeBlasio clique

>Funny how you always see something stupid like this after a tirade against the politicians. Funny, eh?

There's never been any shortage of trolls, assholes, and idiots in the peanut gallery. The internet has just made them more ubiquitous.

Then idiots on the other side get all angry at what they said while ignoring the issue that led them to say it. Opportunist jump on it as a convenient distraction.