Staten Island is in big trouble! 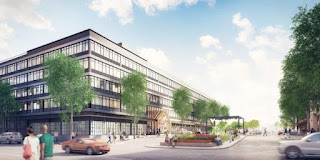 Staten Island wants to be the new Brooklyn.

An island that boomed with exiles who followed the Dodgers out of the borough is now poised for a new renaissance as investors and developers pour $1 billion into the North Shore in hopes of striking Brooklyn-style gold.

Sure, it’s long been considered the city’s least hip enclave, but these boosters believe it can finally be transformed into the borough’s answer to booming Long Island City or even Jersey City, with glassy high-rises geared toward young professionals.

“Young people want the same types of vertical living as you see in Manhattan and Brooklyn,” said James Prendamano of Casandra Properties, a Staten Island commercial real estate broker. “Not everybody ... wants to live in Uncle Joe’s one-bedroom apartment in a semi-detached home in Southeast Annadale.”

Developers are already building with an eye toward the hipster set that jumpstarted the gentrification of Williamsburg and Bushwick — neighborhoods that, in some ways, are more far flung for some than the island at the other end of the ferry.

I'm sure the Staten Island pols have no problem with this, however.
Posted by Queens Crapper at 12:14 AM

I would love a one bedroom in my uncle's apt.

I have a hard time seeing this kind of thing beyond bicycle-riding distance of the ferry terminal. There is no mass transit, and this demographic doesn't do auto-ownership.

Wow....an Emerald City vision created for hipsters.
Can I see the Wizzard of Oz to put down my down payment on a condo?

Overcrowded and no 1 " subway"line. Impossible to get around on crappy overcrowded roads.

“Young people want the same types of vertical living as you see in Manhattan and Brooklyn,”

Nope, no they don't. Young people can't afford that, young people don't like being pandered to any more than non-young people. Shove your "creative" agencies and bicycle valet services deep up in there.

Anything for a tax abatement!