Bill drafted to stop the chop 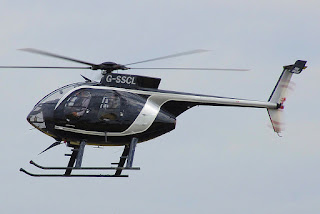 The City Council is preparing a bill to ban helicopter tourism from the five boroughs, saying the flights are so noisy their wings should be permanently clipped.

Councilman Carlos Menchaca (D-Brooklyn) is drafting the bill to nix the business, which employs around 200 people and operates out of the lower Manhattan heliport, his chief of staff confirmed.

The bill has not been introduced, but Council lawyers have already reached out to the industry — which some studies have shown adds about $33 million a year to the city’s economy — to say the ban bill is imminent, tour group representatives say.

And several Council members — including Corey Johnson, Helen Rosenthal and Mark Levine — have said they support a ban on the tourist flights, citing noise concerns from constituents.
Posted by Queens Crapper at 12:18 AM

Good news. The noise and pollution from them is absurd.

A shakedown for campaign contributions. It's the city. It's noisy.

While we are at it, lets ban all sirens from police, firefighters and ambulance. Than let us ban the planes from JFK and La Guardia. Once we are done, lets take out all stereos from cars. The most anti job, anti business government we ever had.

" This ain't suburbia or the Mountains."
You sound like you don't care about noise and air pollution. Do you know the dangers of being exposed long term ?

It's about time someone valued quality of life over $.

Stop the jet noise in Bayside & my neighbor's 3 mutts

Just because one lives in a big city, that does not mean you can do whatever the fuck you want. Yes, a big city is going to be more noisy than a small town, but that does not mean that one should have to put up with all kind of shit. Noise laws need to be enforced like with large trucks driving on residential streets, loud house parties during the summer, the annoying Mister Softee truck, etc. We have noise laws and we need them to be enforced. I get it is the city, but it does not mean that it has to be chaos all the time and nothing has to be enforced (it is bad enough that many things are already not enforced).

I don't get this bullshit, "well, it is the city". What is that a green light to do whatever. That is the reason we have so much bullshit.

200 jobs? 30 million dollars? Who cares, some execs in midtown are annoyed by the noise, that's more important.

"It's New York City" is also a common refrain to excuse and justify disruptive, obnoxious behavior.

This is nice step, because one day one of these choppers will malfunction. If not that then a powerful gust will. And thanks to climate change, it's been windier a lot more here.

And this isn't the mountains, what's next? Ski-lifts over the hudson and east river. This isn't a theme park or a carny (although it's hard to tell anymore), people have to live here and work real jobs.