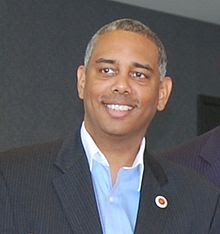 A Queens pol accused of corruption and a Bronx pol accused of sexual harassment have something in common besides legal trouble - the worst attendance records on the City Council.

Indicted Councilman Ruben Wills (D-Queens) and Councilman Andy King (D-Bronx) each missed about a third of their required meetings, putting them in a tie for dead last in attendance on the 51-member body.

King, who was hit with a claim this year charging he wrongfully fired a staffer after she spurned his sexual advances, skipped 29 of the 89 hearings he was supposed to go to, or 32.6%, according to attendance records obtained through the Freedom of Information Law.

Wills missed 26 out of 111 committee and Council meetings during the fiscal year that ended in June - 23.4%.
Posted by Queens Crapper at 12:19 AM

From the Daily News article:
" Rory Lancman (D-Queens) and Darlene Mealy (D-Brooklyn) round out the list with 17% absences.
"I've been doing this long enough to know which meetings are important to attend and which aren't,” Lancman said. “The work leading my own committee has to take precedence.”
----------------------
What else would you expect a pol to say as an excuse for missing the meetings?

And here is a case where the low-class bottom of the barrel Jamaica ghetto types are not at fault (they rarely vote) but supposedly the better quality, more educated Jamaica folks are, who constantly put in the same useless asshole elected officials over and over again expecting different results and not holding these elected officials accountable while they make a nice salary, do very little and the community shows the effects from this.

Councilman Ruben Wills is a triple threat. Corrupt, useless and now we find out has the worst (well tied with another loser, Andy King of the Bronx) attendance record on City Council. I mean how can you even do your job somewhat well, when you do not attend City Councilman meetings and then are tied up on legal issues due to corruption charges. Not that one cannot do his or her job right by missing some of these meetings, which I am sure plenty are bullshit and useless, so you have to pick and choose. And I would side with Wills IF he was a good effective elected official, BUT HE IS NOT.

AND as usual the bullshit excuses, which most politicians carry around in their back pockets for easy access are already coming out as can be read in the article below. Here is an excerpt:

Wills spokesman Brandon Clarke said the Councilman lost three family members in recent months and had to travel out of state after the deaths, but the Council’s official bereavement absences are limited to one calendar day.

“Despite the personal losses he has suffered, they have not affected the Councilman’s ability to effectively administer to the needs of his constituents,” he said.

Okay, three family member passed away (what like third cousins removed, doesn’t matter though). That would only be a few days out. SORRY, BAD EXCUSE.

As usual reality gets all fucking muddled up.

WAKE UP PEOPLE or shall I say SHEEPLE.