61% of Queens households own cars 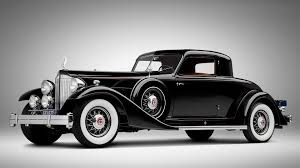 I received an email from "addressreport.com" letting me know that it's mostly wealthy people in Manhattan that own cars. Well, duh. But they included another tidbit of info that pretty much proves the point that if you live in Queens, you're probably going to own a car.

61% of Queens households own a car because in most Queens neighborhoods a car is required to get around expeditiously. The bus system sucks and the subway is great but only if you live near one and want to go to Manhattan. That Ridgewood-Bayside run is gonna be a pain in the ass without a car. But those of us not trying to overdevelop the city knew that already.
Posted by Queens Crapper at 12:28 AM

Yep getting to brooklyn especially down to coney island from bayside is a 3 hour journey by bus and train. It takes me 2 hour a just to get to my bf house in the lower east side on train and bus but takes a bit shorter when I time the lirr properly. It's especially tough for me because I don't live that close to the lirr....I live smack dab in the middle of the Auburndale and bayside stations so either way it's a walk for me to both stations.

84% ownership in Staten Island - I suspect it's attributable to: 1. mass transit sucks, and, to a lesser extent, low density, 1&2 family homes with required parking spaces - no alternate side dancing.

And Flushing's municipal parking lot #1 gets sold to TDC to be developed .
A badly needed parking area has been removed.

I recall one CB7 board member , Kim Ohanian , telling everyone at a public hearing that I attended....
In Queens we use cars and need parking.

Her conclusion beats the studies that were conducted. Smart lady! Dumb decision to sell off muni lot #1.

Go right ahead....overdevelop Queens to Manhattan density...but without the subway system to move people around.
Then let our transportation arteries get clogged with cars. How long will your bus ride to reach your destination take?
Maybe we should have a return to company barracks so workers can arrive on time.

61%...That number sounds low, I can't think of any of my Queens neighbors that does not have at least one car.

This is why the Rockaway Branch needs to be revived as a rail line together with SBS on Woodhaven Boulevard.

So if 61% of Queens families own cars why are we pandering to a very vocal minority of the population and giving credence to the Bike lane people?

We need bike lanes so the illegal immigrants can get to work.

Shouldn't it be 61% have insurance and 39% Democrats don't need no stinking car!!!call UBER or an ambulance, their prepaid!

Who are "Bike lane people?"
I own two cars and three bikes and I live in Queens.
Some day I drive to work, bike to work or walk to work or take a bus.
I will never understand the dislike for biking.

That number is way too low - most families have 2-5 cars. And they refuse to use their driveways!!!!

Bike lane people have an entitled mentality and think that cars are evil. If this is not your view, then you are not one of them.

The dislike for biking arises out of the fact that it is dangerous to pedestrians and bikers alike. Mostly to pedestrians.
If you are serious about a bike being a vehicle, then license plates should be required and accident insurance made mandatory.
Now, put up or shut up you bike brat!
P.S.
The license fee and insurance premiums should be extremely reasonable. Bikes are not motor vehicles...but vehicles...
none the less. I like to know who hits me while bike riding and have financial recourse to attend to my injuries.
Practically every hospital in NYC has reported an increase in ER admittance a for bike injuries to pedestrians.

Licensing and registration fees for bicyclists could go a long way in helping to pay for and maintain the bike lanes .

"Now, put up or shut up you bike brat!"
Another tough guy behind the computer...
Put what up ? And why should I shut up ?
Who made you King of Queens Crap ?
I bet you can't ride a bike because your Mommy would not let you !