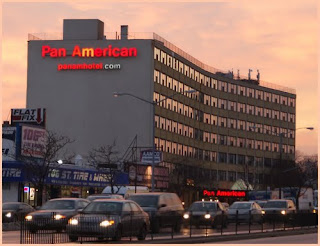 ...after many hushed negotiations with state Assembly members, DHS decided to change the approval process for shelters in a bid to improve frayed community relations.

Under the current policy, a company or nonprofit that wants to open a shelter must notify the community before submitting an application to the city. But it has no responsibility to follow up. After approving a long-term shelter application, DHS holds a public hearing near City Hall at the Mayor's Office of Contract Services.

But advocates assert there is little advance notice of the hearings, and that they aren't accessible to community members who live outside Manhattan.

The new policy requires DHS to give the community board and all elected officials who represent the district that receives a shelter a full 45 days' notice before the hearing in lower Manhattan. Within those 45 days, a representative of either DHS or the provider that proposed the shelter also will be required to attend a community board meeting in the district to discuss the project.

The new policy goes into effect immediately but does not apply to emergency shelters.

"We are looking into expanding and re-evaluating the current requirement as a means of improving the notification system" for emergency shelters, said a DHS spokeswoman.

In other words, expect more Westways and Pan Ams in the future.
Posted by Queens Crapper at 12:09 AM

"The negotiations that led to Tuesday's agreement were intended to stop state elected officials from pushing through legislation introduced by Assemblyman Michael Benedetto of the Bronx. That proposal would give community boards the ability to veto new contracts and contract renewals for all types of social-services organizations. " ...This proposal by Assemblyman Benedetto is the first time any of our elected officials have done the right thing. Bravo to him. The rest of our NY politicians offer lip service against the sweetheart deals being given out to these well connected "non profits" , but have not raised a finger to do anything meaningful. Allowing more time for public input does nothing when the DHS has already made up their mind to give out one of these contracts to their friends. The DHS has been caught in outright lies at CB meetings (saying the Pan Am was not fit for a homeless shelter as they were making arrangements to move the people in). How about one of our representatives actually calling for hearings on the way these contracts are being awarded. I don't think they will pass the smell test because they stink to high heaven.

Seems like the only alternative the people have is lighter fluid and a match.

A representative will be required to attend a CB meeting. So what? the CB does not, will not, have the power to veto the project.

"Public Hearings" LOL
Yes, the powers that be will allow us subjects a chance to voice our opposition en masse, as a united community.
And then they will do whatever they want.
Their buddies can cash in big time, and you the taxpayer can foot the bill.
AND YOU KEEP RE-ELECTING THEM! ROTFLMFAO
Don't worry there are plenty more illegals coming over the border to help fill the homeless shelters! (can u say "sanctuary city"?)

Andrew Hevesi negotiated this meaningless change in DHS policy. Why is he negotiating when he should be initiating changes that have some teeth? No wonder he called the proposed Glendale shelter "a done deal".