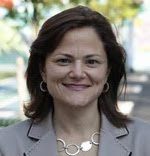 As a result of these myriad issues, it has become readily apparent that we must take a cautious approach with the issue of synthetic turf, one that ensures that in cases where synthetic turf is to be used, that the scientific and health communities are looking at these materials and evaluating their safety and effectiveness.

Along these lines, I have been proud to have been the lead sponsor of Int. 123-A (now Local Law 19 of 2010), which was passed unanimously by the City Council and signed into law by the mayor. This law will require two things: first, it will require that the Department of Health be consulted on decisions related to the installation of synthetic turf fields and all new surface materials that have not been previously used in New York City parks. Second, it requires the formation of an advisory committee that will meet over the next three years, and give input and recommend new technologies for synthetic turf fields and other surface materials. This advisory committee will be made up of individuals from a number of areas of expertise, from health professionals to users of the athletic fields. Up until now, there has been little formal consultation between the Parks Department and stakeholders prior to the installation of synthetic turf fields. This law will ensure that there will be a deliberate and careful approach prior to the installation of synthetic turf fields.

Posted by Queens Crapper at 1:05 AM

the small turf covering that was placed on the P.S.159,Bayside playground to park conversion is useless. it is to small for any type of game to be played.
it blocks the space to extend the half court basketball area to a full court,so that the teens can compete with the rest of societies athletes.

if it is suspect in damaging the teens health ,remove it now and be safe, rather than sorry.it was only put there to make a playspace a green view for the nearby homeowners and the teachers. the ball field should be replaced. the small running track is unused . a waste of space.

Second, it requires the formation of an advisory committee that will meet over the next three years........

And after 3 years, anyone care to bet that the committee's findings will be: INCONCLUSIVE!

This advisory committee will be made up of individuals from a number of areas of expertise, from health professionals to users of the athletic fields.

Good grief! And I suppose that the committee MUST also have a diversity officer, and the committee must have representatives from EVERY racial and ethnic group in NYC.

It's not rocket science. Humans have been playing games, riding horses, chasing animals, etc. on natural grass for thousands of years. Why try to improve what "Mother Nature" has accomplished through evolution? What are the injury rates to professional football and baseball players on artificial turf vs. natural grass?

Do we really need to waste taxpayer funds on a committee to study this? It's been done already!

Begging your pardon, Kind Sir but you neglected to mention the sub-committee to be appointed by the appropriate committee member to be named in the future at which point the SIGN committee will be discussed to measure the signs (and lettering of) said signs after which the entire project will be scrapped because the committee member could not be reached by any means. Am suggesting Helvetica.

Every child knows this already but for the caretakers who DON'T : DO NOT EAT THE GRASS! (Oh, and don't "play" on it, either ~ It's dangerous for professionals (Football & Baseball players)it might be even worse for developing young bodies)

you neglected to mention the sub-committee to be appointed by the appropriate committee member to be named in the future at which point the SIGN committee will be discussed to measure the signs.....

Of course, how could I have forgotten that!

Plus, I'm sure the committee will have to debate on the size/shape of the table, as happened during the Paris Peace Accords to end the Vietnam War:

A similar debate concerned the table to be used at the conference. The North favored a circular table, in which all parties, including NLF representatives, would appear to be 'equal' in importance. The South Vietnamese argued that only a rectangular table was acceptable, for only a rectangle could show two distinct sides to the conflict. Eventually a compromise was reached, in which representatives of the northern and southern governments would sit at a circular table, with members representing all other parties sitting on individual square tables around them.

On a somber note this committee should borrow those tiny chairs and bistro tables at Sadik-Khan and Bloomers' Times Square Pedestrian Mall for the initial meeting. Keep it in the great outdoors in the ever-popular BIKE LANES. If it involves the DEP and/or the EPA it might take DECADES! If it's not GREEN enough, maybe Jamie Lee Curtis can mosey by with her *Activia* push cart. NO SALT with the tap water, please (!) Seriously -- NY, NY (Queens only)probably has more radiation than Chernobyl! We must have newer (and bigger PROGRAMS.

(Please excuse the lower case "S" in your name earlier.)

Turf? I thought I heard turd and got excited for nuthin'!

No problem. Happens to me all the time.

Yeah
this debate continues until they find a solution for this

I have the solution in hand!