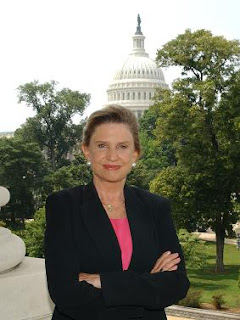 Fourteen immigrants who were in the country illegally when their relatives were killed in the World Trade Center attacks are still waiting to gain permanent residency, and their lawyer said their tenuous immigration status could be imperiled if Congress does not act.

But Representative Carolyn Maloney, the sponsor of a bill that would grant green cards to the immigrants, said she had been building bipartisan support for the legislation and hoped it would pass Congress’s current session.

The 14 are the spouses or children of workers who were killed when the twin towers fell on Sept. 11, 2001, many of them while on the job at the Windows on the World restaurant. All received payments from the September 11 Victim Compensation Fund ranging from $875,000 to $4.1 million, but because they are in the country illegally, they have lived in fear of being deported. And because they do not have proper identification, it can be difficult to get a driver’s license, a job or a place at school.

Hey, first responders (all Americans) are still dying from exposure to 9/11 toxins and some of them were denied compensation and don't have access to adequate health care, but let's legalize the families of illegal aliens that died and give them millions! What a great use of Congressional time. Did anyone explain to Carolyn that their relatives wouldn't have died if they had abided by American immigration laws in the first place? Welcome to America, the country that cares more about people who don't belong here than their own citizens.

Hey look what else we're paying for...
Posted by Queens Crapper at 12:25 AM

Do you think the weeklies in
Queens will cover this?


Lets see what Carolyn is doing in Queens - oh here she is - yet another development project.

Did she secure federal money for development that destroyed historic structures and artifacts, from the Astoria Institute, to the millstones at Queens Plaza?

We will never know, will we?

Were they good enough to wait on the fine patrons of the World Trade Center? Why not mention the vultures who profit off the underpaid labors of these folks and encourage them to come at the expense of the American working class.

They were mentioned in other posts. This one is not about them. And some of them likely died in the WTC too.

"All received payments from the September 11 Victim Compensation Fund ranging from $875,000 to $4.1 million, but because they are in the country illegally, they have lived in fear of being deported. And because they do not have proper identification, it can be difficult to get a driver’s license, a job or a place at school."

Get a chauffeur. Mow lawns for extra money. Hire a tutor.

Fear of being deported? In the country where they are actually LEGAL citizens, with that money they would live like emperors. Or Commissars. Go the hell back. Take Maloney. She'll be appreciated much there as an illegal alien. She can be your maid. Or a nanny for your anchor children. But, can she read, write or even properly speak your language, or is she an illiterate in your culture?

I'm choking on my tears for these illegal aliens.

But you see, Maloney is MANHAATAN, and in her world, the people of QUEENS, no not Archie and Edith, yesterday's news, but Ng and Maria, are the gardeners, and nannies, and cooks, and bottle washers and porters.

That is why she comes out here just for construction projects.

She is building convenient barracks for the help.

Explains how local groups ask her for money and support, and get none. Why waste resources on the backward and ignorant? If they are worth their salt, they would be in MANHATTAN!

But she never seems to have trouble at finding money for stuff like this - or millions to further blockbusting projects that make our lives miserable by overdevelopment!

Should have came into America legally, like the older generations of immigrants. By the way, it wouldn't be surprising if H1N1 was due to illegal immigrants entering the country and not being quarantined if sick, as it used to be when you came here.

Go away already - do something for the citizen. You don't help us, if you can't, then resign and move to 3rd world countries to help those folks over there. Save us from your idoitcy.


Voting is not enough. You have to hound people like this with public letters and public questions at awkward times when the camera is rolling.

The community papers will do diddly. They depend on the pols' advertising. Watch, check out all the "Happy Thanksgiving" ads in the next issues.

i had to go to flushing today. driving west on Northern Blvd.,there were five to ten men on each corner from 160th street , at 8:30 A.M.

Anytime you see large groupings of shiftless men standing on the corner, do what I do, call 911 (not 311) to report suspicious activity. In past post, I mentioned doing that with the congregants on 65th Place and Broadway and lo and behold, the cops eventually raided the block. Made the noospapers too!

Thank you George the Atheist, please call again about the scum at the park on 65th Street in Woodside.

send back all the dam illegals, they got plenty of money from 9/11, it Christmas for them and the Chinese scavengers down at the old DMV. American citizens had to wait in line while non English speaking Chinese were dragged to the front of the line to get help from the Red Cross,Salvation Army.

I don't have a dam job since 9/11. go back to your country of origin. Maloney is not crying for me.