Brooklynites call their community board out on the carpet 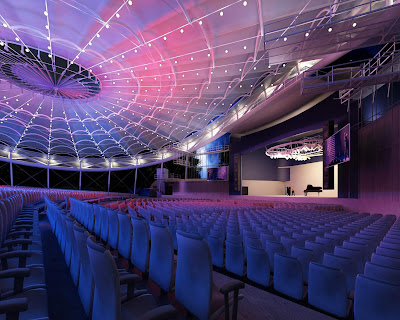 Salvos in the ongoing battle over the project exploded all over Wednesday night’s meeting, so much so that board Chair Marion Cleaver cut the meeting short when she thought the biting back-and-forth commentary between members and project opponents had reached dangerous levels.

Robert’s Rules of Order were supplanted by schoolyard “who can scream the loudest” rules after opponent Lori Silverman accused board members of keeping quiet about the amphitheater for fear that the community volunteers would lose their “perks” -- a word that sparked an emotional reaction in at least one board member.

“Cut the crap!” board member Freddy Schneider screamed. “What perks?”

“I don’t like to be accused of getting perks!” he screamed after being asked to quiet down.

Schneider then morphed into Al Pacino from “And Justice For All” when he was told that he was “out of order” for interrupting Silverman.

“I’m out of order? This whole meeting is out of order,” he spat as he stood up and began pointing at opponents. “Maybe we don’t have a problem with the amphitheater, but you’re making it a problem. SO SHUT YOUR GOD DAMN MOUTH!”

Silverman said she “couldn’t believe” that people would erupt over the word perks, which she saw as VIP seating at Markowitz’s Seaside Summer Concert series and free invites to dinners, Borough Hall functions and to barbecues at Gracie Mansion.

Patronage jobs were implied, although Silverman didn’t say it openly.

Silverman, who board members reportedly called a “potty mouth” and encouraged to “go to Creedmore” after she last addressed the board, said Schneider “acted like a wacko.”

Cleaver did cobble together a letter asking Borough President Markowitz to “clarify” some of the key points about the amphitheater, claiming that board members are confused about the project which she said has been “fogged by misinformation.”

The letter asks Markowitz to clarify his meaning of the word amphitheater, whether the seating would be permanent, if the project would cause the removal of memorials in the park and how parking would be affected.

While board members applauded the letter, Brenner scoffed at the board’s mollycoddling of the amphitheater project.

Board member Bernie Kaufman also had a problem with the letter, which he saw as a back door approval of the plan.

“I’m pretty good at English and that letter definitely states that you’re siding with some parts of the proposal,” he said.

WOW! This sounds more exciting and entertaining than anything that would go on inside that potato chip.
Posted by Queens Crapper at 1:03 AM

What a boondoggle! Think of all the deferred maintenance in schools, streets, libraries, etc. and this yutz is building a monument to himself. Can't anyone stop this thing?

A potato chip made for a dip!