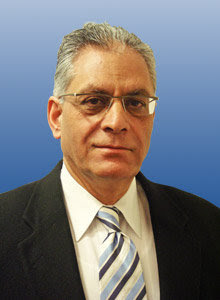 A 24-year veteran of the New York City Economic Development Corporation (EDC) was fined $11,500 for accepting gifts worth more than $4,050 from a firm doing business with the city.

Nazir Mir, former vice president of capital programs for EDC, admitted to investigators that he accepted gifts from Kiska Construction, according to a statement from the city's Conflicts of Interest Board.

The gifts included two meals in New York City, and lodging and travel expenses for his son's honeymoon to Istanbul, Turkey, the board said.

City workers are not allowed to accept gifts worth more than $50 from any company that does business or may do business with the city.

Throw a couple of these mother f-----g bastards into jail in among the general pop.

After they've been ripped some new ones, they might come out with a little more respect for the law.

He'll walk away, no doubt, with a slap on the wrist and his pension intact!

KISKA Contruction! I remember them. Wildflower, the Hammerstein House in Beechhurst.

If Kiska is used to bribing folks, the DOI should investigate some of the local POLS who live nearby.

They should all spend a few years in a turkish prison.

Wasn't the LPC sued by Kiska?

If so the LPC cried "uncle" to KISKA's lawsuit
otherwise it would have been the kiss of death for them!

It was that way for the Hammerstein House judging by the way it wound up getting f----d up in the end!

Thank you LPC for not doing your job
as usual!

Did then borough president Shulman get any campaign contributions from KISKA ?