Queens gets a consulate 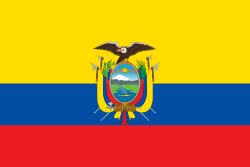 Consulates are in essence a piece of foreign territory abroad, and in New York, they are all in Manhattan, where there is a kind of multinational enclave near the United Nations. The Ecuadorean Consulate, for example, is in the same building as the Israeli Consulate, which imposes the same security restrictions upon every visitor, no matter where they are going — or where they are from.

But that will change on Monday as Ecuador extends its reach outside Manhattan, inaugurating a consular outpost in the borough where most of its citizens live. The office, in a stucco building whose walls still smelled of fresh paint on Sunday, sits across from El Huarache Restaurant, which sells burgers and the beef fillets known in South America as bistecs, and it is not far from the corner where Ecuadorean day laborers gather every morning in search of work.

Consulate for Ecuadoreans Reaches Where They Live

The consulate is the color of cement and has thick floor-to-ceiling windows that do little to muffle the rumble of the No. 7 train as it rolls along the elevated tracks.

And the office in Queens will have a somewhat unusual schedule: It will be open Saturday through Wednesday.

For Ecuadoreans, Queens has been a magnet for decades, and there are more of them in the borough — about 102,000 — than immigrants from any other Latin American country, according to 2006 census estimates. With a population of about 162,900 citywide, Ecuadoreans are New York’s fourth largest Hispanic contingent, behind Puerto Ricans (770,100), Dominicans (587,330) and Mexicans (260,620), according to the census.
Posted by Queens Crapper at 12:28 AM

Great security!
Maybe the Latin Kings will pitch in
for guard duty against MS #13.

Why not an office at
Queens Burro Hall
or the Central Labor Council
(day labor scab division) ?

That's the line of the day!

Burro Hall - making asses of themselves on a daily basis!

is this supposed to be good news?

Those
Democratic Donkeys at Burro Hall are always making asses of themselves!

The problem is,
they're the ones using Queens taxpayers as their beasts of burden!

Maybe we're the real donkeys
for putting them in office in the first place!

The continue
to blindly follow the dictates of Krowley's Klubhouse Krooks (KKK)
out of fear of reprisals!

queen's voters? You are implying that there are several thousand voters.

I'm sure you meant the same fifteen people that do vote and actually bother to find out about the candidates?

these are troubling posts. They are xenophobic and verge on racist. problematic. I am glad that someone sees beyond the rigid glitz of Manhattan. I, for one, am grateful for all of the hard-working Latino neighbors I have in Woodside from Ecuador and everywhere else. I guess you guys forget how Roosevelt looked before the immigrants brought small business back to Queens.

ICE should set up shop right across the street from the consulate.

I guess you guys forget how Roosevelt looked before the immigrants brought small business back to Queens.

All hail our beloved immigrants!
Saviors of America!
What would we do without check cashers, 99 cent stores, quinceanara dress shops, pawn shops, and other high margin stores that add so much to our GDP!

What will they tell us next? That immigrants "brought sexy back", not Justin Timberlake?

"You must be the typical uneducated lazy, fat US citizen that did not have the drive to go to college and make something out of yourself."

See how stupid generalization like the one above and yours could work both ways. By the way are you an American Indian? If not than just shut up.

American Indians owned stores along Roosevelt Avenue? And here I thought Roosevelt Ave was created in the 1920s and named after Teddy. You learn something new every day.

By the way are you an American Indian? If not than just shut up.

No, you shut up, loser. What do the "American Indians" have to do with your argument? They were defeated, much like many peoples, nations, and cultures before them. Ever heard of Constantinople? Roman Empire? Ottoman Empire? Fatimid Caliphate? The red haired Tokharian people of present day Xinjiang, China? They're no longer around.

Why are you even glorifying a people who had no written word, and didn't even use the wheel? The Indians were defeated, so get over it and your white guilt already.

If you are not an American Indian than you come from imigrants and even the American Indians came from elsewhere. Now go back to balming everybody else for your sad sorry ass.

Ultimately we all are immigrants, genius, seeing as how science has shown every single one of us humans on this planet can trace their ancestry back to Africa. So, if you want to get "technical", all of us are in a sense "Africans".

But, go ahead, play your semantical game over who or what is an "American". I have better things to do.

Now go back to balming [sic] everybody else for your sad sorry ass.

What the hell is balming? Are you making some sort of oblique Seinfeld reference?

A ghetto is a ghetto!

Most people who live in one just can't wait to leave it for a better quality of life elsewhere!

It's noisy, filthy and crime ridden!

"Vibrant, colorful, bustling"
(and all those other well used euphemisms) Roosevelt Avenue may have gotten an Ecuadorean consulate but the counsel general of Thailand
(I believe I've got that right) prefers to live in the quieter leafier more civilized environs of northeast Queens.

American Indian?? There is no such thing. Just ask any so called "American Indian" if they consider themselves Indian or American.
The fact is that this continent was named America by the European countries that explored and settled in it. Hence, they were the first true Americans, so to speak. Just saying.