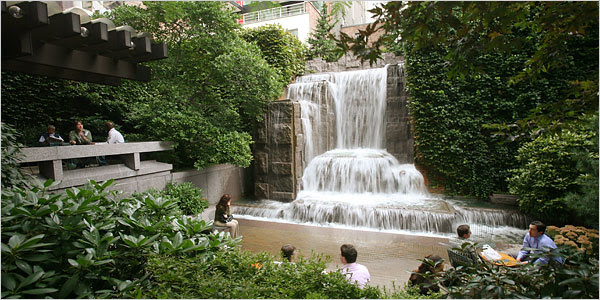 Interesting article in the NY Times this past week about hidden parks in Midtown:

1251 AVENUE OF THE AMERICAS, from West 49th to West 50th Street between Avenue of the Americas and Seventh Avenue.

SUTTON PLACE PARK, at the far end of East 57th Street (and other streets).

WORLDWIDE PLAZA, enter at either West 49th Street or West 50th between Eighth and Ninth Avenues.
Posted by Queens Crapper at 12:32 AM