Supermarket a den of vice 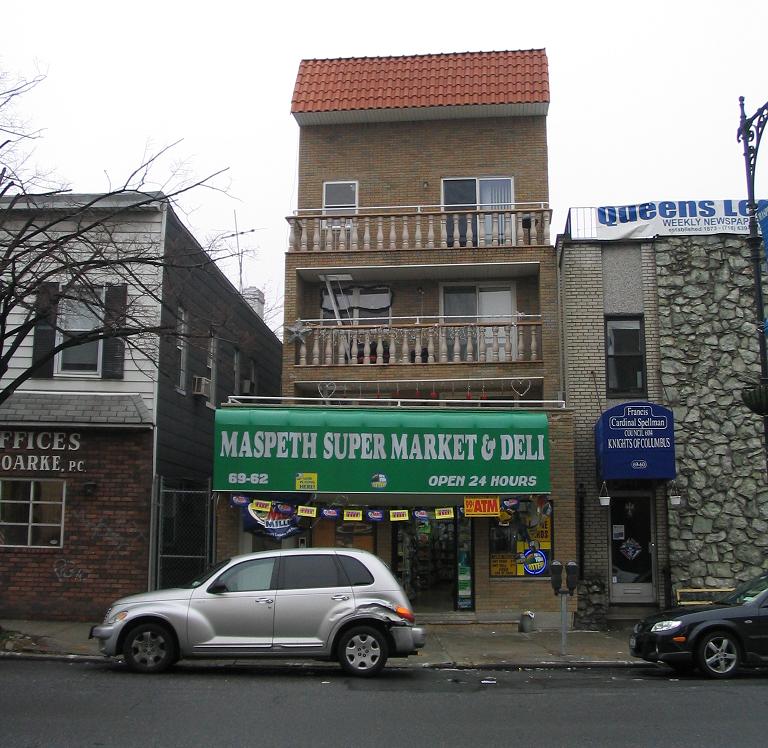 Five employees of a Maspeth grocery store were taken into custody by police last Friday, Sept. 5 after a number of untaxed cigarettes and illegal gaming devices were found inside the shop during a routine inspection, it was reported.

Reportedly, they were charged with allegedly selling untaxed cigarettes and operating slot machines at the Maspeth Supermarket and Deli located at 69-20 Grand Ave.

Two of the suspects were also found to be in possession of khat, an illegally-imported stimulant, police said.

Interestingly, this was a featured piece of Queens Crap back in February of last year.
Posted by Queens Crapper at 12:10 AM

Naaa, not this time, it just so happened he was out visiting a senior center looking for some action.

Looks like it's a nice local spot for Queens Ledge employees to stop in after work.

Isn't this picture a classic shot of today's Queens.

I could write an essay on everthing that is so wrong it that picture.